Parents not ready for in-person classes

Possibility of their children getting infected, sharing transport or car pool and maintaining safeguards are some of the concerns 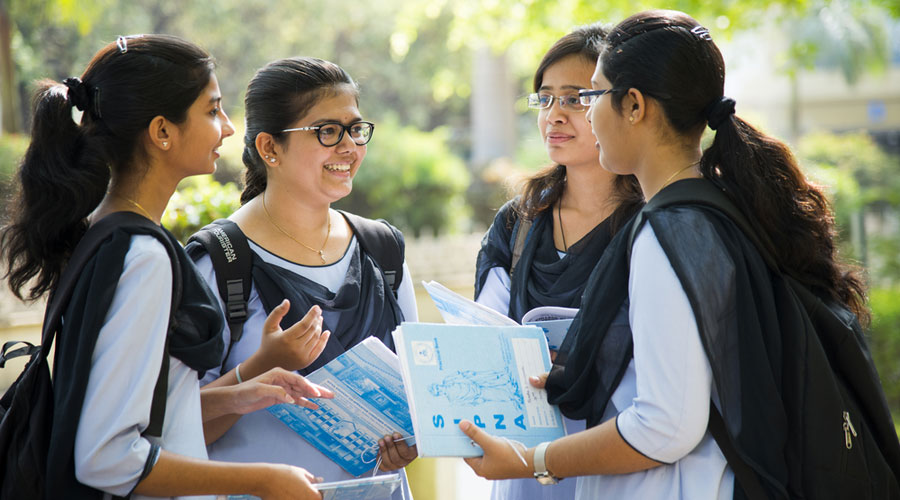 The central government has said schools outside containment zones can reopen from September 21 but only for students of Classes IX to XII and that too only for seeking guidance of teachers.
Shutterstock
Jhinuk Mazumdar   |   Calcutta   |   Published 14.09.20, 04:33 AM

Pandemic-wary parents are hesitant to send their wards to school, even those who are in senior classes, conversations the city institutions have had with guardians and pupils have revealed.

Teachers and school heads have found out that the parents are mainly concerned about the possibility of their children getting infected, sharing transport or car pool and maintaining safeguards. Many parents are not ready to send their wards to school even for a few hours and only on some days a week.

The central government has said schools outside containment zones can reopen from September 21 but only for students of Classes IX to XII and that too only for seeking guidance of teachers. Parents’ written consent is a must.

A school head said another “stumbling block” for the institutions was the allocation of teachers if a small section of students agrees to attend classes in person.

The schools are also discussing how teachers can take simultaneous online and in-person classes as there will be a section of students who will be at home while another batch will be in school.

“We have been speaking to parents and they are sceptical and not very confident about sending their children to school. They are more concerned about travelling from home to school and school to home because in between they will be exposed to contact with others in cars or in any other transport,” said Terence Ireland, the principal of St James’ School.

He said the school would be regularly sanitised and teachers would ensure social distancing in class, but the parents are worried about the breaks and what could happen when the students would enter and leave school.

Some schools are considering asking students to come a few days a week only to clear doubts and seek guidance from teachers with parental consent, but such a possibility seems unlikely under the circumstances.

“We have been speaking to the students’ council and also individually to students and based on their response we have found out that parents are unwilling to send their children to school,” said Anjana Saha, the principal of Mahadevi Birla World Academy. She said the school had gauged that not more than 20 per cent of students were ready to return to school. Mahadevi Birla, however, will send a form to parents to get their feedback.

Several schools are also deliberating the logistics, especially if simultaneous online and in-person classes are to be held.