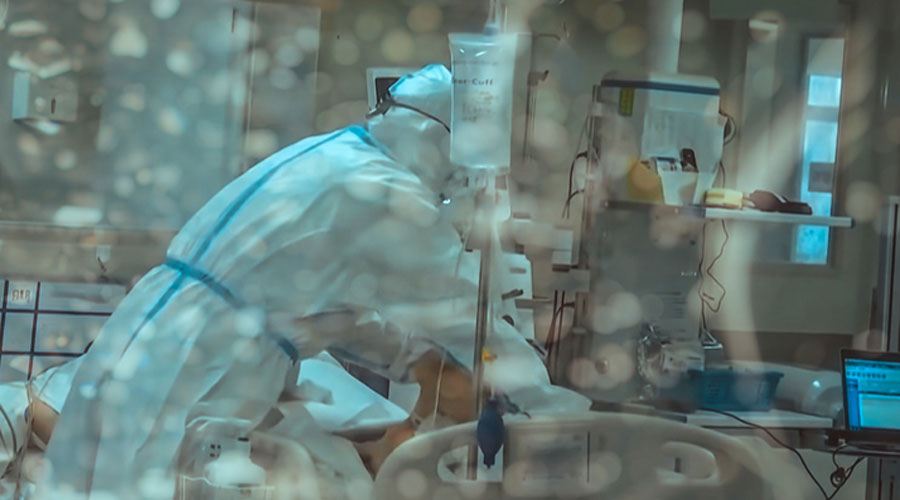 Officials of some private hospitals said it would be difficult for them to increase general beds in their hospitals but they would try to create more critical care beds because the fear is there would be more demand for ICU beds for Covid patients in the festival period.
Shutterstock
Sanjay Mandal   |   Calcutta   |   Published 11.10.20, 02:30 AM

The state’s health regulatory commission has asked private hospitals if they are ready for a surge in critical Covid patients during the festival season.

The commission plans to hold a meeting on Monday to discuss the preparedness.

The chairperson of the West Bengal Clinical Establishment Regulatory Commission on Friday posted a voice message in a closed WhatsApp group of private hospital representatives, in which he says an increase in the number of critical cases is anticipated.

“Our festive season is just knocking at the door. We don’t know what is stored for us. We are anticipating an increase in number of critical patients, particularly during the festive days,” retired judge Ashim Kumar Banerjee said in the message.

“Let us sit together and introspect whether we are ready for the situation. Durga Puja, followed by Diwali and Chhath will really be a crucial period that we have to cover. I would earnestly request all of you, particularly hospitals having approximately 200 beds and above, to take responsibility for a meeting.”

On Friday, the state’s chief secretary Alapan Bandyopa-dhyay held a meeting with commission chairperson Banerjee and health secretary Narayan Swaroop Nigam to discuss the preparedness of both government and private hospitals during the Pujas, a government official said.

“Along with the private sector, we have asked government hospitals to enhance their services in the festive season. Everyone knows this Puja… it’s a different situation,” the official said.

The official later told Metro that 24 CCU beds and 24 HDU beds were made functional at ESI Baltikuri in Howrah.

Metro had earlier reported about several private hospitals requesting doctors, nurses, paramedics and other support staff not to take leaves during the festive season as they apprehended a surge in Covid numbers. The same report spoke of hospitals trying to enhance infrastructure.

Officials of some private hospitals said it would be difficult for them to increase general beds in their hospitals but they would try to create more critical care beds because the fear is there would be more demand for ICU beds for Covid patients in the festival period.

“Now, 75 per cent of our beds in the Covid wards are general beds while 25 per cent are for critical care patients. We can increase the critical care beds to 40 per cent. But, it will be difficult to increase the actual number of beds because for six months we did not have other patients… they have started coming now,” the CEO of a private hospital said.

If the meeting is held, hospitals will seek the regulatory commission’s assistance for uninterrupted services, which is essential for Covid treatment, officials of some hospitals said.

“The tankers carrying oxygen to refill our oxygen tanks should be allowed to enter the city during the Pujas. Usually these plants are outside the city. In pre-Covid times, we used to fill up our oxygen tanks every four days on average. Now, we have fill up the tanks every alternate days,” Sudipta Mitra, the chief executive officer of Peerless Hospital, said.

The CEO of another hospital said they would request the commission to ensure ambulance services were smooth.

Some would want trucks carrying medicines from other states allowed entry to the city because the demand for particular types of antibiotics and other drugs have increased manyfold, according to officials of a few hospitals.

“We are continuously trying to increase the number of beds and other infrastructure to accommodate the maximum number of Covid patients. We will work together with the commission to face any situation during the festive season,” Rupak Barua, the president of the Association of Hospitals of Eastern India, said.

Barua is the group CEO of AMRI Hospitals.

He said AMRI had already requested its doctors and nurses to be on duty on the Puja days.