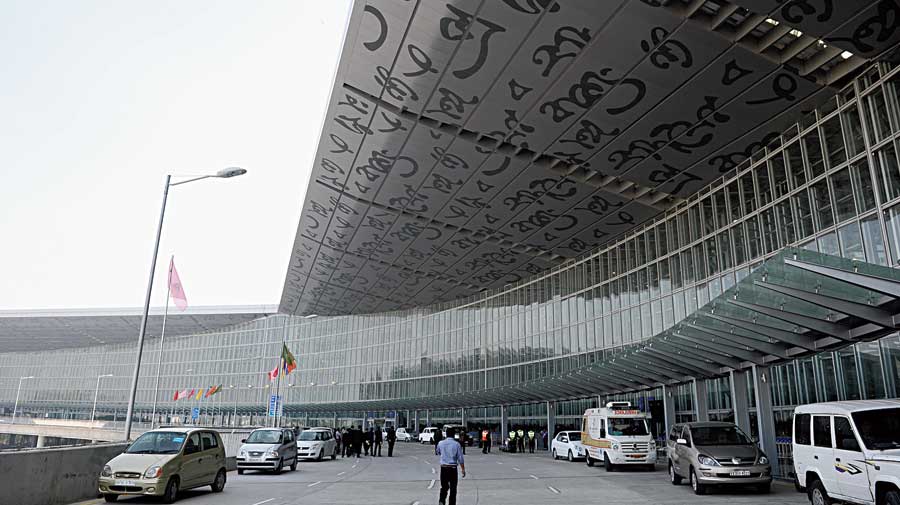 The city airport has put on hold a Rs 1,000-crore expansion project because the Covid-19 pandemic has led to a sharp drop in the passenger count and revenue and the authorities are not sure when the volume would reach the pre-pandemic level.

In the past year, the airport has lost 10 million passengers and a Rs 600-crore profit plunged to aRs 200-c rore loss. The shelving of the project once again shows how the Covid-19 pandemic had a deep impact on the country's economy.

Also, there is a shortage of funds because of revenue loss. So, at this point the expansion project has been shelved,” said an official of the Airports Authority of India.

According to the official, a project consultant, a construction agency and around 10 other subsidiary firms would have received contracts for the job had the project taken off in 2021-22.

In 2019-20, the airport had earned a profit of Rs 600 crore. With a sharp drop in the number of passengers and most commercial activities stalled, it has suffered a loss of Rs 200 crore this fiscal, the official said.

The extended terminal in the first phase of expansion was supposed to become operational by 2024. But now, officials said, it was not clear when the project would finally take off.

In February 2020, Metro had reported that the AAI had sanctioned the Phase I of the expansion plan. The master plan of the expansion, designed by Landrum & Brown, a US-based firm that specialises in aviation planning and development, was sanctioned in 2020.

There would have been a new boarding area with at least 10 aerobridges, more security check-in and airline check-in counters.

Transport bubbles are arrangements between two countries to resume commercial passenger flights when regular services are suspended because of the Covid pandemic.

Many retail and food stores had also remained closed for several months and they had appealed for concessions in licence fees.

“Because of lack of earnings and the concessions given to several agencies, the airport suffered a loss of Rs 200 crore,” said an official.

The number of active Covid-19 cases in Bengal rose by 70 on Wednesday, taking the count to 3,782.

The state on Wednesday recorded 462 new infections and 334 recoveries.