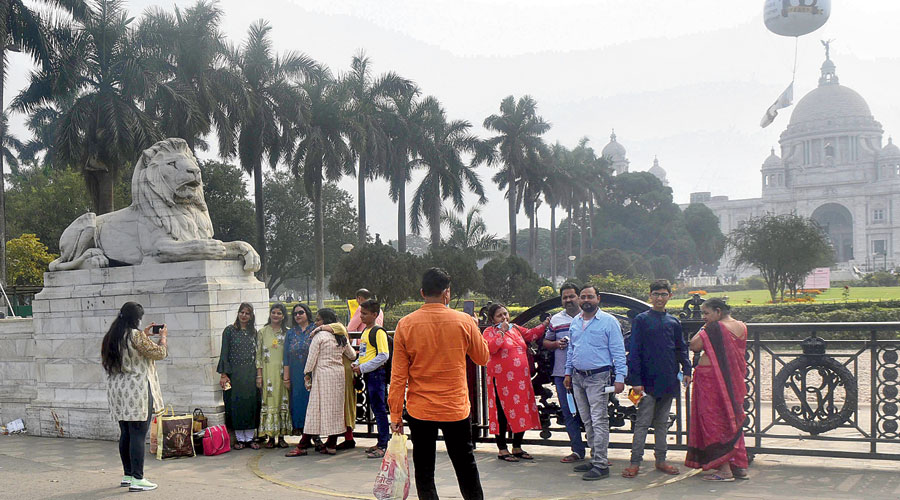 Victoria Memorial. At most public places across Calcutta, hundreds of people without masks and violating the physical distancing rule.
Pictures by Bishwarup Dutta
Sanjay Mandal, Debraj Mitra   |   Calcutta   |   Published 12.01.21, 02:13 AM

The number of Covid-19 cases has come down and two vaccines against the disease are ready to roll out, but public health experts are worried because people are dropping their guard in the fight against the coronavirus.

At most public places across Calcutta, from the zoo and the Victoria Memorial to the airport, Metro saw on Monday evidence of people’s collective callousness. Hundreds of people were  without masks and at the airport, many passengers were queuing up just like old times, almost every one breathing on the neck of the person in front.

“The number of cases may have gone down but we have to keep in mind that the pandemic is far from over. We have to look around and learn from experiences of countries like the UK and Thailand, where there is a resurgence of Covid after a lull,” said Abhijit Chowdhury, a public health expert who is at the forefront of the Mamata Banerjee government’s fight against Covid. 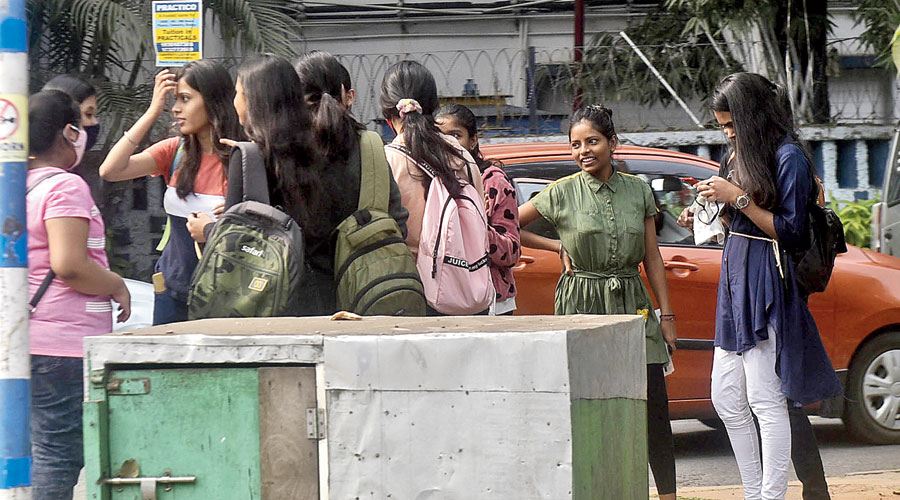 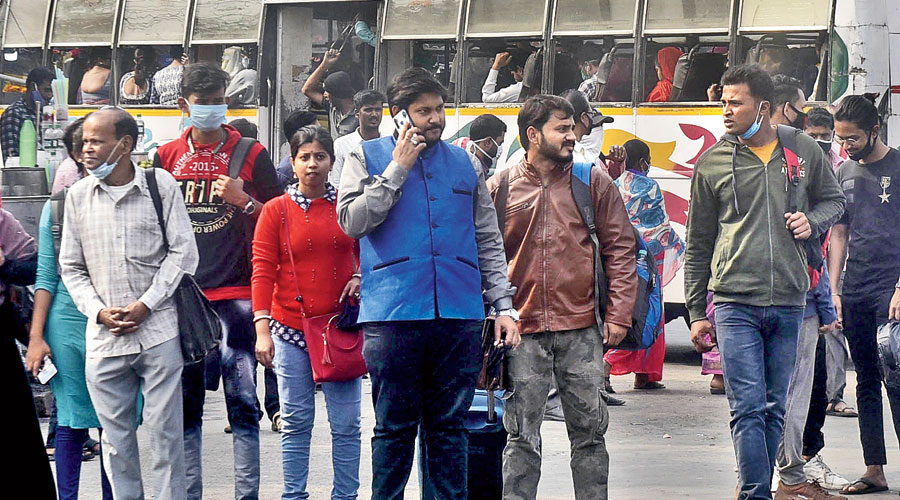 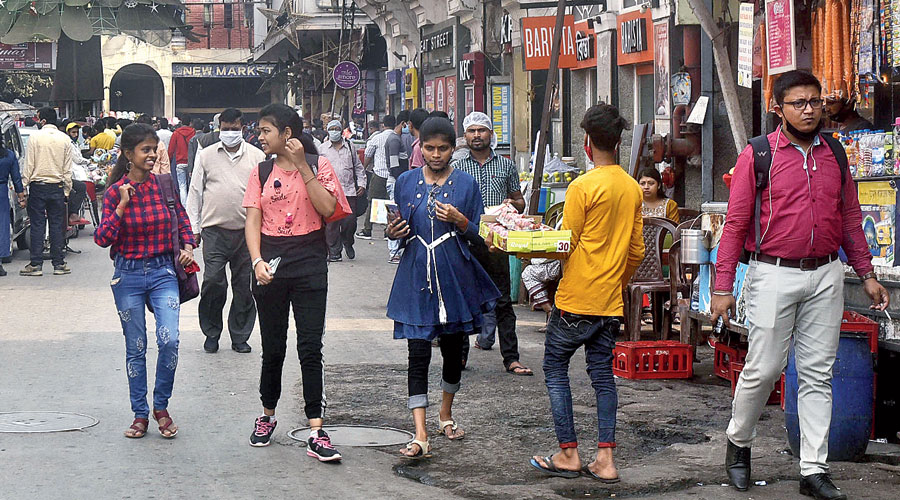 “The state health department and voluntary organisations are continuously campaigning to make people adopt safety measures like wearing masks, but it seems people are not taking Covid as a threat anymore.”

Chowdhury, who mentors Covid Care Network, an organisation of health officials, doctors and survivors of the disease, said that even two months back people were keen to know new things about Covid and preventive measures.

“Two months back, at an awareness meeting in Hooghly’s Serampore, there were hundreds of people when I reached the venue at 10pm. They were asking several questions,” said Chowdhury.

“Last week, at another meeting of Covid Care Network in Hooghly, there were barely 50 people. Most of them were members of the organ-isation.”

It’s evident across the city that people are dropping their guard. 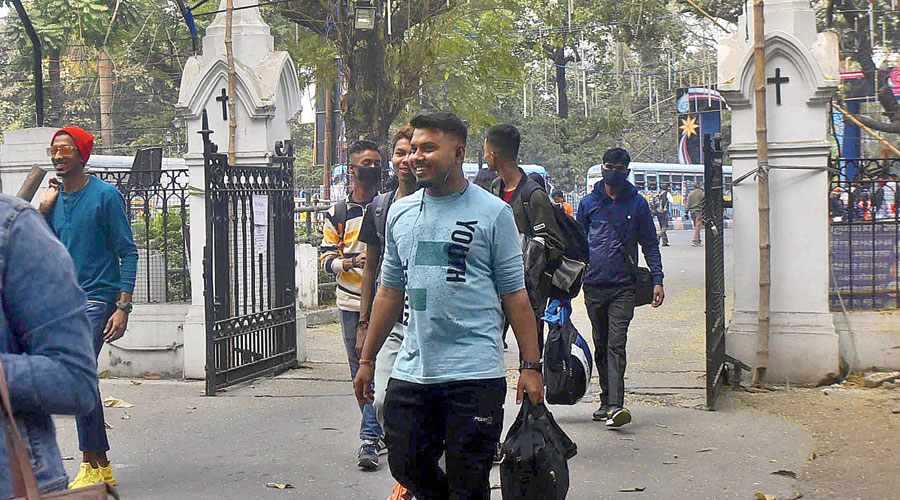 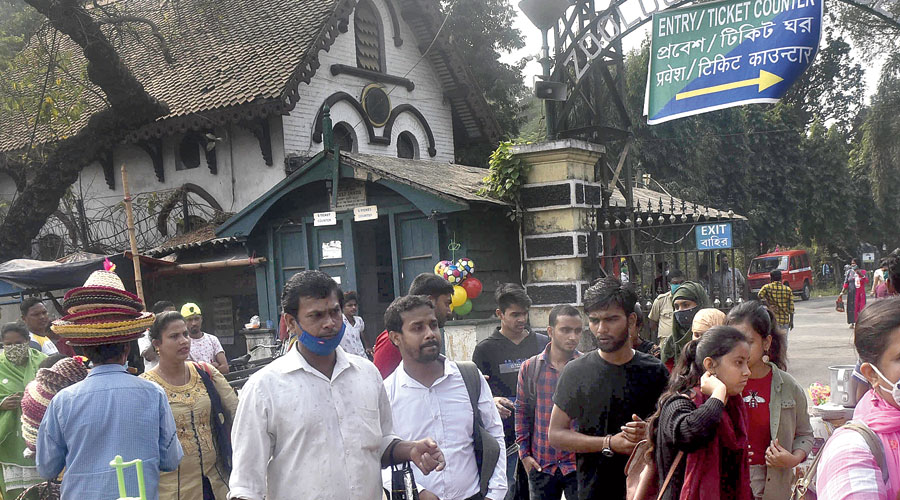 The footfall has been on the rise at the zoo, Science City and the Victoria Memorial.

The average week-day footfall at the zoo was 5,000 in the middle of November. Now, it has climbed up to around 15,000. On the last two Sundays, more than 50,000 people had turned up, an official of the zoo said.

A mask is mandatory at the ticket counter and entry points, but many visitors were removing the mask once inside the zoo, said the official.

“Cops posted inside the park have been pulling up people for not wearing masks but it is impossible to keep an eye on everyone,” he said.

The zoo authorities, like the authorities of Science City and the Victoria Memorial, were making regular announcements on the public address system asking visitors to wear masks and sanitise hands.

At the airport, officials said, passengers were wearing masks but most were seen violating the physical distancing rule.

“At the queues to enter the terminal, for check-in at airline counters and security check, most passengers don’t maintain the (required) three-feet distance among each other,” said airport director Kaushik Bhattacharya.

“There are passengers in groups and when airline or airport officials ask them to follow the distancing protocol, the passengers say they are in a group and have to stay close to each other.”

At the gates, there are markings made for each passenger to stand but most are not following the protocol.

At the boarding gates, airline officials call one passenger at a time to board aircraft. But, officials said, whenever the first passenger is called to board an aircraft, others get up and form a queue.

Malls have been busy, too, but most visitors are masked. South City Mall has been witnessing around 70,000 visitors on weekends in January, said an official of the Prince Anwar Shah Road shopping address.

“We are not allowing anybody inside without a mask. The stores are following the same protocol. There are enough CCTV cameras to spot a person without a mask,” said the official.