Advertisement
Home / West-bengal / Calcutta / A Christmas unlike any other

A Christmas unlike any other 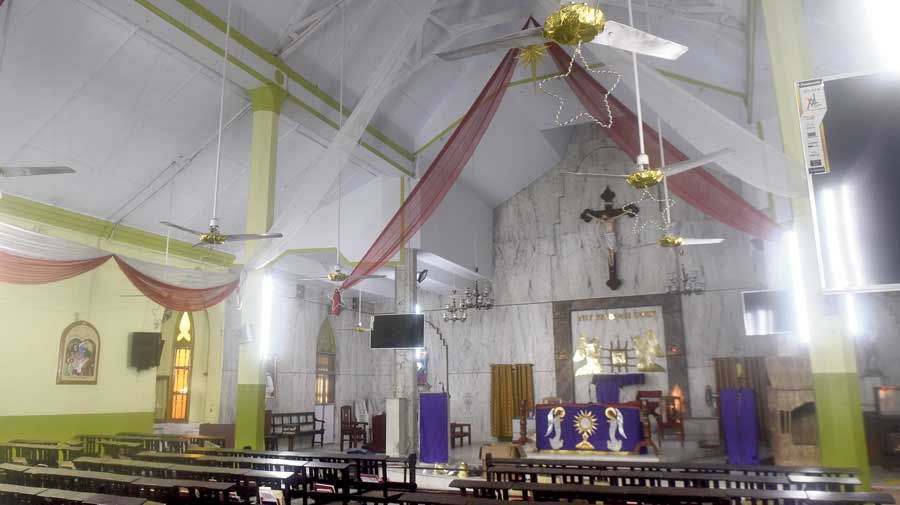 Churches will have to restrict the number of the faithful praying on the premises and they are trying to find various ways to do it.

One church has increased the number of services both on Christmas Eve and Christmas compared with other years and another is making use of the parish hall on the premises to have a Bengali Mass there.

This Christmas is not like last Christmas and the challenge for most churches is to contain the number of people and yet allow most to pray and participate.

“On one hand is the law and maintaining numbers and on the other is the faith and devotion of the people. We are trying to do our best by maintaining the distancing norms and taking precautions because many people might turn up during Christmas time,” said Father Basil Mandi, parish priest, Church of Christ the King in Park Circus.

The Church of Christ the King will have the Bengali Mass in the parish hall and the English mass in the church on December 24.

“In less than a week’s time we had to close registrations because we had reached this year's capacity,” said Father Orson Wells, parish priest, Church of Our Lady of Vailankanni in Picnic Garden.

The church has a seating capacity of 400 and could easily accommodate 600 by placing extra chairs in previous years, Father Wells said. “This year, we are keeping it to 50-odd people per service and hence more services,” he said.

“This year is unprecedented and so some of the churches are having to do things they have never done before,” said Father Dominic Gomes, vicar general of the archdiocese of Calcutta.

“We have blocked seats to maintain distance but simultaneously kept arrangements for chairs so that if people turn up, they can sit on the sides or in the courtyard,” said Reverend Shreeraj Mohanty, presbyter-in-charge of St Thomas' Church Free School Street.