In view of the rise in Covid-19 patients across New Town, it will resume operation as a safe house 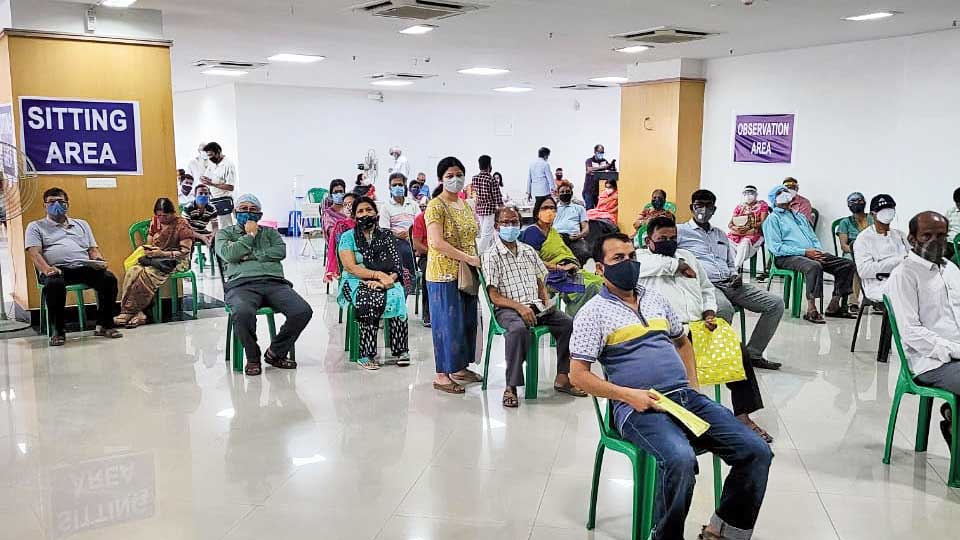 Residents wait in a socially distanced manner  at the new vaccination centre in New Town
Sourced by the correspondent
Sudeshna Banerjee   |   Salt Lake   |   Published 23.04.21, 01:21 AM

Vaccination started on Tuesday in a newly constructed NKDA banquet hall in the Pride Hotel campus. The new centre replaces the one in Action Area II near Tank 12 that was originally a safe house from August to December last year.

In view of the rise in Covid-19 patients across New Town, it will resume operation as a safe house. It was closed down as a vaccination centre after inoculation on Monday.

On the first day, 297 took the jab at the new centre while the figure was 301 on the second. “Many had turned up at the old centre on Tuesday morning. We had anticipated that since they had booked earlier and an electric bus was kept there to ferry them to the new centre. Many came up to praise the arrangement when I visited the centre around noon,” said NKDA chairman Debashis Sen.

There was a crisis one day last week when there was no supply of vaccine in the morning. Those who had booked appointments had to return without the jab. “Since then, supply has been adequate,” an official said.

People who register over the CoWin portal or call up on the NKDA helpline 18001037652 are being issued tokens when they reach and are being called inside in twos as there are two vaccination booths. “People are liking it as the centre, including the waiting area, is air-conditioned,” said Sen. The old centre did not have AC and was on the first floor, accessible only by stairs, which caused problems for some elderly residents.

The other NKDA vaccination centre on the second floor of CB Block community market is also operating.