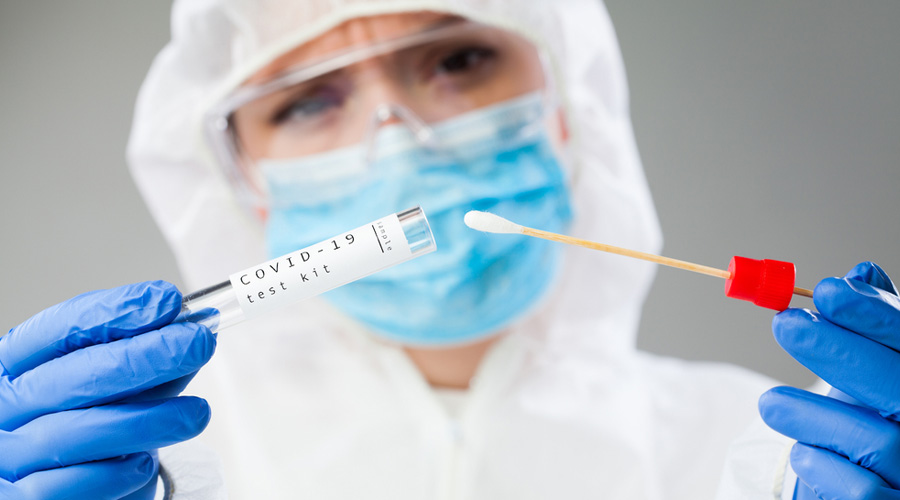 Officials of several big private hospitals said they were not in a position to collect samples from home because of the sheer number of tests they have to perform every day.
Shutterstock
Subhajoy Roy   |   Calcutta   |   Published 06.05.21, 02:25 AM

A number of diagnostic laboratories are charging twice or thrice the government-stipulated rate for home collection of samples for Covid tests, most of them taking advantage of the inability of the elderly and the ailing to visit a testing centre.

A 44-year-old resident of Tollygunge had to pay Rs 3,400 and Rs 3,000 to two labs for the Covid RT PCR test for him and his wife. The amounts included the charges for collection of swab samples from home.

The state government has stipulated that a diagnostic centre cannot charge more than Rs 950 for an RT PCR test. Laboratories are allowed to charge additional money as travelling expenses for home collection of samples, but it cannot exceed Rs 15 a kilometre.

“Our samples were collected from home first on April 9 by Disha Patho Centre (in Sonarpur). I had called Dr Lal Pathlabs and they assigned this laboratory to collect samples from home. The laboratory charged each of us Rs 1,700,” the man said.

It was not possible for the couple to visit a testing centre as the wife is suffering from cancer.

The Telegraph called the phone number provided on the receipt of Disha Patho Centre on Wednesday evening, posing as someone who wanted to get swab samples collected from home.

“We will charge Rs 1,700 for home collection. We can collect the sample from your home on Tuesday,” said the man who answered the call.

“We have to buy the vials and test kits from the market and the kits are very scarce,” the man said when asked why they were charging more than the government-stipulated rate.

After spending the home-isolation period, the couple started enquiring about another laboratory that would collect samples from home. The report was necessary to resume the cancer treatment of the 42-year-old woman.

“This time our samples were collected by SRL Diagnostics and they charged Rs 950 each. They were very professional. But the results showed that my wife was still positive for Covid. So she had to give her samples yet again,” said the man.

He called a number of diagnostic labs but none agreed to collect samples from home. SRL said they could only send someone home after May 5.

The man then contacted EPRO-Med Diagnostics in Park Circus. “EPRO made it clear that I had to pay Rs 3,000 but they would not provide any receipt. Since I was in a hurry I did not argue and agreed to pay the amount,” the man said.

The Telegraph could not contact anyone in EPRO. None of the phone numbers of the diagnostic centre that were available on the internet worked.

An official of a private hospital that conducts Covid-19 tests said the current price cap for the test, announced by the state government, is Rs 950. “Laboratories are, however, allowed to charge Rs 15 per kilometer as travelling charges for home collection of samples,” said a member of the West Bengal Clinical Establishment Regulatory Commission.

“No laboratory can charge more than the rates stipulated by the state government. If someone is charged more, he or she can lodge a complaint with us,” said retired judge Ashim Banerjee, the chairperson of the commission.

Many elderly people, too, have faced similar experiences. An elderly couple who wanted to have their samples collected from home were asked by three diagnostic centres to shell out Rs 3,000, Rs 1,900 and Rs 1,400 for the tests.