Covid blow to Salt Lake Ganesh pujas: one called off, another scaled down

This year, the festival is scheduled to start from August 22 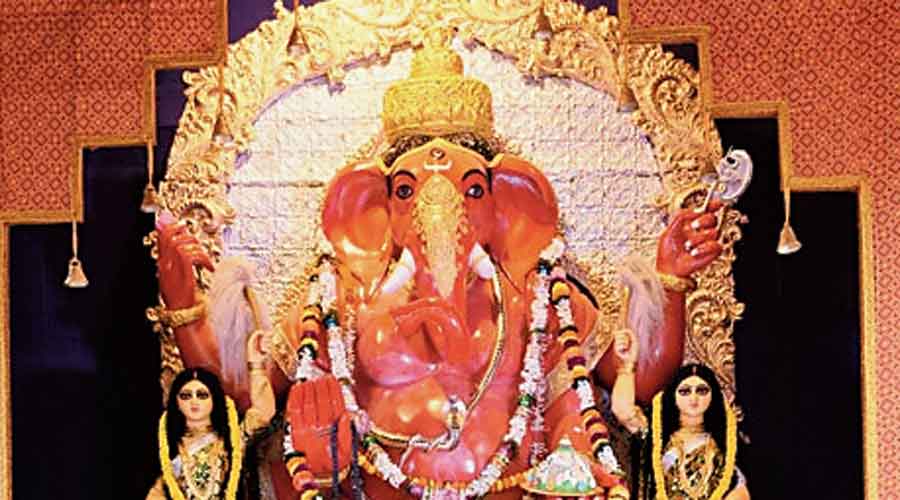 The Covid-19 pandemic has not spared the god of prosperity.

Of the two big Ganesh puja organisers in Salt Lake, one has decided to call off the event this year while the other will make do with a small idol and a gathering of no more than 20.

This year, the Ganesh Puja is scheduled to start from August 22.

The Yubak Sangha Club, which has been organising Ganesh Puja near PNB Island in Salt Lake for the past 11 years, decided to give the puja a miss this year.

“Bajaar nei dada ekdom. Chanda uthbei na ei bochhor. Ar ei corona’r somoy asbe ta ke bolun (Business is down. We won’t be able to raise enough money for the puja and who will visit the pandal),” said a real estate developer in Salt Lake who is associated with the puja.

In 2019, the organisers had crafted an idol on the lines of the Ganesh image in Dantewada’s Dholkol Ganesh temple on top of a hill. “This unprecedented situation has forced our hand. We are trying to see if we can hold a puja in somebody’s house and livestream it,” said Anindya Chatterjee, one of the main patrons of the puja.

The Salt Lake Maitri Sangha Club, which holds its puja in Salt Lake’s CF Block, has decided on a small pandal with a handful of people this year.

Since the puja started, Maitri Sangha used to get Bollywood actors and singers to perform at their event.

Former mayor of the Bidhannagar Municipal Corporation Sabyasachi Dutta, who has now joined the BJP and is the president of Salt Lake Maitri Sangha, said they decided to do away with big celebrations as people “would not step out”.

“People are finding it hard to manage expenses at this time. Coronavirus cases are on the rise and we cannot think of having a large-scale celebration as we don’t want a gathering of people,” he said.

Those visiting the pandal will have their temperatures screened, Dutta said. Masks will be mandatory and not more than five people at a time will be allowed.