Some even pitching for a revenue-share model with the eshtablishments 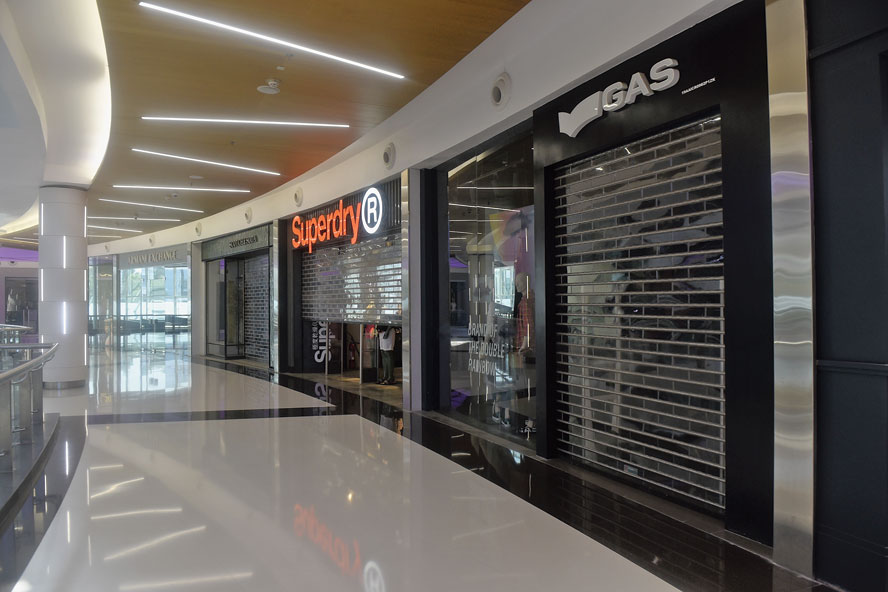 Shops at South City mall on Tuesday. There is no suggestion that these specific stores were not open because of any differences with the mall management.
Pictures by Bishwarup Dutta
Debraj Mitra   |   Calcutta   |   Published 09.06.20, 09:32 PM

Malls in the city have reopened but many of their stores have not.

Remaining shut for two months because of the lockdown has dealt a body blow to businesses, officials of such stores said. Many owners have cited the “unprecedented” slump while demanding that mall authorities waive the rents for April and May, according to the officials.

Some have gone a step further, seeking a reduction in rent rates for now or pitching for a revenue-share model with the mall, according to managers and executives of such stores.

Assuming it will take several months for business to bounce back, some stores are said to have demanded clear commitment from mall authorities to increase footfall in the coming days.

A tour of South City Mall on Tuesday afternoon revealed multiple closed stores on every floor. They ranged from street fashion brands to sportswear. Marks and Spencer, Gas, Forever 21, Adidas, Reebok, Steve Madden and Calvin Klein were some of the closed stores at the mall on Prince Anwar Shah Road.

An official of the mall said “30 per cent” of its stores were shut. The mall has close top 120 stores, he said.

Tommy Hilfiger, Louis Philippe, Van Heusen, Manyavar, Allen Solly, Levi’s and United Colors of Benetton were some brands with downed shutters at Quest Mall on Tuesday. An official said “70 per cent” of the stores were operational.

The Park Circus mall has close to 130 stores, the official said.

The Acropolis Mall in Kasba had at least six closed stores — The Body Shop, Marks and Spencer and Gini and Jony among them.

“We did not have any business for more than two months. We are asking the mall authorities to waive the rent for the lockdown period and reduce the amount for the next few months,” the manager of a shut store in Quest Mall said.

Many stores have asked malls to invest in promotional activities to attract buyers. They want the malls to share revenue if the rent amount is not reduced. 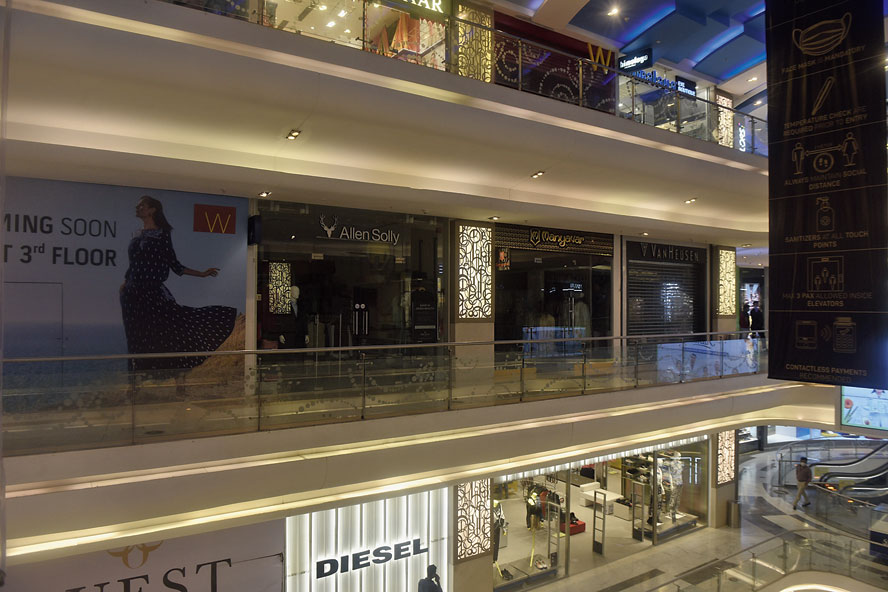 An ethnic wear store in South City Mall has had not a single visitor since Monday, the store in-charge said. “We opened at 11am today but are still to receive our first visitor,” he told Metro around 1.30pm on Tuesday.

Mall authorities and many store owners are still to reach a consensus on rent.

An official of one of the malls in Calcutta said the retail stores were “forming associations and putting pressure by threatening not to open shops”. “We understand that they are facing financial problems but they cannot put a gun on our heads,” the official said.

Several stores are shut for “logistics issues”, according to authorities of several malls. At least one apparel chain said the safety kits were still to arrive because of logistic issues. “The courier company said it did not have enough infrastructure,” an official of the chain said.

Sanjeev Mehra, vice-president of Quest, refused to comment on individual stores. “With business partners, Quest Mall has been behaving very responsibly. The Covid-19 crisis is something that has never happened since Adam and Eve. There is a lot of stress on the retail sector. Some brands could be exiting, making way for new entries,” he said.

The South City Mall authorities said a few stores had sought waiver of rents for the lockdown period. The mail is “awaiting the Supreme Court’s decision on a case pertaining to the moratorium on loans”.

A petition has been filed in the apex court, challenging an RBI circular dated March 27, which had offered a moratorium on loans till May. It was later extended till August though there was no exemption in terms of accumulated interest components. On June 4, the top court sought the views of the finance ministry on the matter.

“We are waiting for the Supreme Court’s decision on the moratorium case… it is expected later this month. We have not raised invoice to the stores for the entire lockdown period,” Manmohan Bagree, vice-president, South City, said. “Once the court order comes, we can amicably decide on the rent issue. Till then, we have requested the stores to function.”

Sushil Mohta, the chairman of Merlin Group that owns Acropolis Mall, said several stores were shut because of “defective shutters and broken glass”.

“Few stores have rent issues, which we will discuss and resolve. But some of them are putting pressure on us and we want them to leave. The malls have to pay bank interests. We have appealed to the Centre to waive bank interests for the time being,” Mohta said.