Yellow bins ahead for used masks and gloves 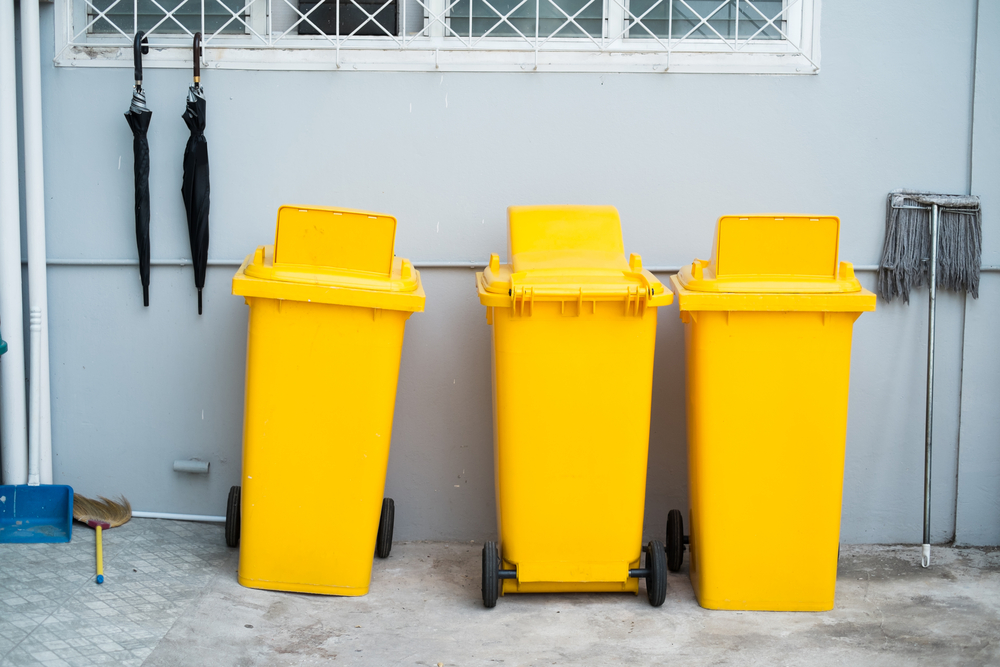 The bins will be regularly cleared by conservancy workers wearing protective gear and the contents will be treated as “biomedical waste”.
(Shutterstock)
Kinsuk Basu   |   Calcutta   |   Published 17.06.20, 03:20 AM

The Calcutta Municipal Corporation will place yellow bins for people to throw their used masks, gloves and head covers, which can pose a health risk if improperly discarded.

The bins will be regularly cleared by conservancy workers wearing protective gear and the contents will be treated as “biomedical waste”.

“The yellow bins will be set up all over the city in phases. We will soon come up with advertisements asking citizens to drop their discarded masks, gloves and head covers only in these yellow bins,” Firhad Hakim, the chairman of the board of administrators of the CMC, told Metro. “To begin with, we will install 1,000 of them at different intersections and in crowded places by next week. Gradually, all places will be covered.”

CMC officials said they had been receiving complaints from different pockets of Calcutta that people were disposing of their used masks and gloves indiscriminately, dropping them on roads and pavements and in markets.

Over the past few days, conservancy workers have found thousands of used masks and gloves lying on or along roads and in markets across Calcutta, potentially exposing large sections of the population to the risk of contracting Covid-19.

“Those who pick up such masks or gloves usually do not have any knowledge about the user’s health. If the items are picked up within a few hours or even a day of being disposed of, the chances of infection remain high,” said Amitabha Nandy, the director of the Calcutta-based Centre for Studies on Infection and Immunity.

CMC officials said the number of such improperly discarded gloves and masks shot up several times after government and a number of private sector offices reopened on June 8.

With hawkers returning to the streets and malls and restaurants reopening, footfall on pavements, markets and key intersections, too, has gone up.

“Conservancy workers who have been handling normal waste are at the highest risk while disposing of these items,” Hakim said. “We will now enforce this habit of using yellow bins for dumping such items.”

The CMC has decided that machines would first cut these waste into pieces, which will then be handed over to agencies engaged in handling bio-medical waste.

A guideline issued by the ministry of health and family welfare states: “Used masks should be considered as potentially infected. Masks used by patients/caregivers/close contacts during home care should be disinfected using ordinary bleach solution (5%) or sodium hypochlorite solution (1%) and then disposed of either by burning or deep burial.”

“Our conservancy workers will do the job with some training in handling such bio-medical waste,” said Atin Ghosh, a member of the board of administrators.