How some Calcutta schools are cutting costs 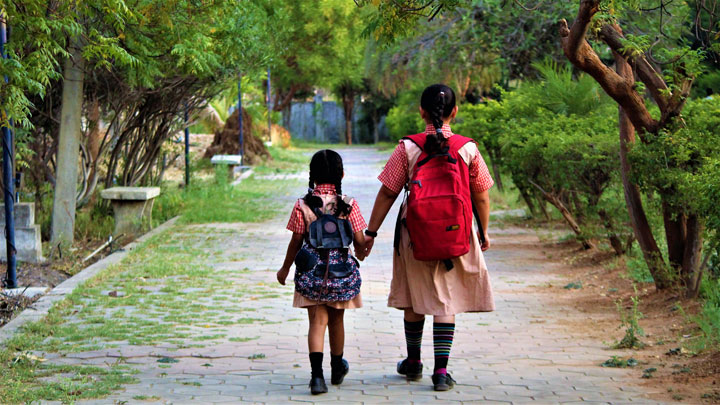 Schools are not sure about when children will be back on the campus for regular classes and hence do not want to keep making investments that are not needed now.
(Shutterstock)
Jhinuk Mazumdar   |   Calcutta   |   Published 29.06.20, 03:00 AM

A number of city schools are trying to cut costs to remain financially viable at a time when they are not getting fees and finding it increasingly difficult to raise funds for additional expenditure.

Reducing the number of buses, discontinuing digital classrooms and putting on hold plans to update the IT infrastructure are among the measures schools are taking to curb expenses.

Sri Sri Academy, for instance, has decided to reduce its bus fleet by half. Chowringhee High School has discontinued its digital classroom contract, as part of which it has to pay an agency every quarter.

Sushila Birla Girls’ School has suspended its IT-related upgrade this year, marking a break with the annual practice of replacing or upgrading some of its computers.

A school in Salt Lake has not renewed its contract with the nurses, who take care of the children when needed.

“We had written to the parents asking them who would want to avail themselves of the bus service when the school reopens. Only 25 per cent of the parents responded. We have decided to discontinue routes where parents have not responded because the school cannot maintain the expenses of the buses not knowing whether parents would still be interested in the service,” said Suvina Shunglu, the principal of Sri Sri Academy.

Schools are not sure about when children will be back on the campus for regular classes and hence do not want to keep making investments that are not needed now.

“The digital classroom is an important teaching aid for all classes from Class I to XII but we had to take steps to cut costs. Only five per cent of our parents have paid the fees so far,” said Perminder Dasani, the administrator of Chowringhee High School.

Many schools have not been receiving fees from parents. In some cases the fees received are dismal, leaving the authorities struggling to run the institutions.

Some of the institutions that have not yet decided to curtail costs said they, too, might do so.

“We will have to cut down on the non-recurring costs that can be kept on hold till classes in the school resume,” said G.V. Subramanian, the secretary and director of Bhavan’s Gangabux Kanoria Vidyamandir.

Schools said some of the costs would anyway get reduced because sports or concerts are unlikely to be held this year. A large amount of money is spent on hiring a stadium or an auditorium for sports or a concert.

Despite that schools are taking steps to ensure there is no “extra burden” on them.

“We have to upgrade our IT-related infrastructure to keep the system current. In fact, we usually have to change a set of computers in the labs that do not function properly, but all of that has been put on hold. We also had plans to upgrade the tablets that we give to our children in the classroom. That has been put on hold, too,” said Sharmila Bose, the principal of Sushila Birla Girls’ School.

Several schools that would keep adding services or products have put most investments on hold.

Throughout the year, and especially towards the beginning of the session, vendors approach schools for various kinds of products such as e-books and other digital products, and assessment tools.

“This time, too, there are proposals for new services or products. We would have considered them in normal circumstances, but this year we do not want to add to the financial burden on the school,” said Amita Prasad, the director of Indus Valley World School.