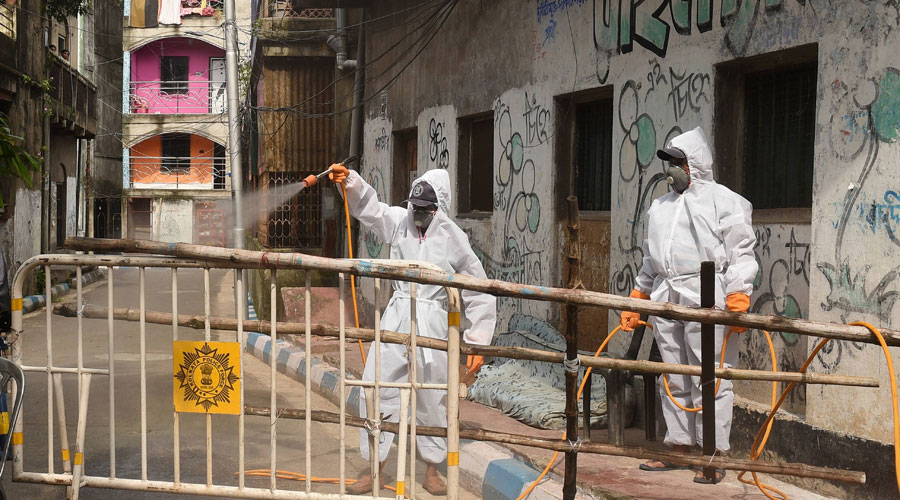 Doctors and nurses are not monitoring the health of Covid-19 patients close enough in various state-run and private hospitals, a health department team has said after visiting some such hospitals.

There have been multiple instances of doctors being unaware of the oxygen saturation level in the blood of some Covid-19 patients.

They don’t know if the right level is being maintained or if any patient has developed any complication anywhere, including in the heart or the kidneys, the team has said in its report.

A six-member team of doctors have been visiting Covid hospitals to check if treatment protocols are being followed. They have issued three advisories on three consecutive days since Monday.

“The experts from the protocol management team… have visited various Covid hospitals from time to time in the past few weeks and noted certain deficiencies in the clinical management of patients,” one of the advisories have said.

For over a week now, the department has been posting the observations so that hospitals can make necessary amendments based on the recommendations.

Some of these include asking the hospitals to draw up a proper ventilation strategy, setting up separate isolation wards for suspected patients with Severe Acute Respiratory Illness and using antibiotics judiciously.

On Thursday, the team toured MR Bangur Hospital for more than two hours. At the end of it, the team recommended that more than 100 Covid patients be discharged. Most of them have been admitted to the hospital for a week or 10 days and the officials found them fit enough to be discharged.

The team doctors were taken aback when most of these patients told them how happy they were to see them by their bedside. These patients had not shown any symptoms of infection for the past three days.

They do not have the potential to transmit the virus, one of the visiting doctors said.

The patients told them that they were eager to return home. The team, too, wanted it because freeing beds would mean creating space for new ones.

“Protocols for the release of Covid-19 patients are changing rapidly. Earlier, a patient would remain in hospital for three weeks. Later, it was reduced to 10 days,” Gopal Krishna Dhali, the head of the gastroenterology department at SSKM Hospital, said.

Dhali is leading the team of doctors to check if treatment protocols are being followed in Covid hospitals.

“Doctors will have to be more proactive and constantly monitor patients and feel empowered to take a call. A patient who has been admitted for 10 days and has not been showing any symptoms for three days can be discharged with proper advice,” he said.

The lapses stemmed primarily from doctors and health workers who don’t visiting patients regularly, some of the doctors in the team and health department officials said.

“We have emphasised that a doctor must see a patient properly. It will help in identifying what the patient requires at any given point of time,” one of the doctors in the team said.

The health department has set up the team to monitor Covid hospitals. “The management of a private hospital in Howrah, for instance, has been asked to take an expert’s opinion in case patients develop complications of the heart or kidneys,” the doctor said. “But unless doctors closely monitor patients, how will they know which expert opinion is required?”

The team has noticed flaws in the data that is being maintained for Covid patients, including daily blood pres-sure levels, body temperature and response to antibiotics and steroids. The primary reason behind this: doctors don’t visit patients regularly.

Quick response teams, as proposed by the government, have been set up at many hospitals. But the teams are not being able to respond quickly because proper data regard-ing various parameters of Covid patients are not being fed into the system, the team has said.

In some hospitals, there is “slackness” in donning and doffing personal protective equipment by all members of the staff of a hospital, including Group-D employees, according to the team.

Donning and doffing is the practice of putting on and taking off the protective gear.