Several shops and stalls open past the 1pm deadline; three people on two-wheelers a common sight 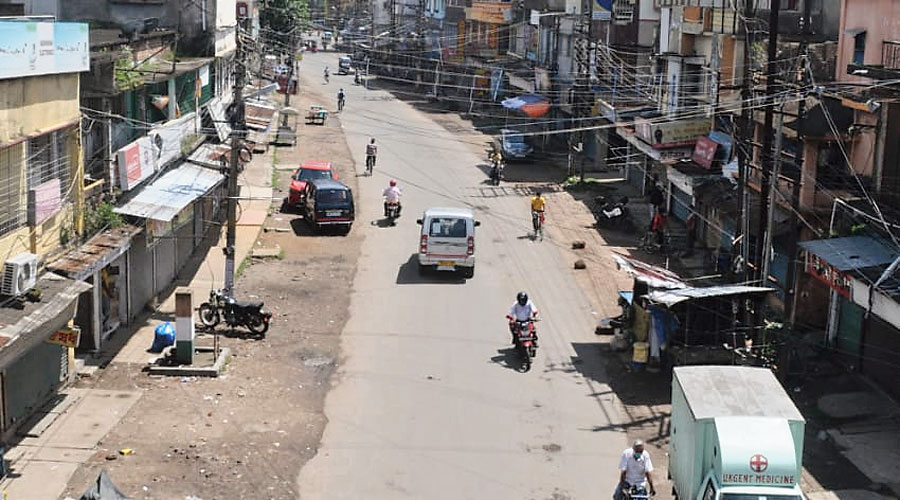 Standalone shops and markets across parts of Barasat saw people in droves  with scant respect for distancing rules as the local administration began enforcing a “seven-day strict lockdown” from Thursday.

Several shops and stalls in some pockets remained open past the 1pm deadline. In some places, most downed the shutters by 2pm. Police and representatives of the Barasat Municipality’s board of administrators kept scanning various localities but a large majority of shoppers refused to follow distancing rules.

Three people on two-wheelers were a common sight and eateries by the roadside kept drawing customers even after 1pm.

“I went around and found a few shops at Kazipara open around 3pm. They later shut down,” Asani Mukherjee, a member of the board of administrators and the outgoing vice-chairman of Barasat Municipality, said. “We will step up our awareness campaign from Friday so that people realise the importance of following distancing rules and the need to wear masks.”

The local administration had on Tuesday met police officers and district health department officials in view of the rising number of Covid patients and decided to enforce the lockdown strictly from Thursday across the municipality’s 35 wards.

It was decided that markets and standalone shops will remain open from 7am to 1pm and wholesale fish and vegetable markets will open on alternate days early in the morning. The intervening days will be utilised to sanitise the markets.

The administration had decided that small shops (like the ones selling cigarettes and paan) would be kept closed as they attract people in large numbers. Autos would be allowed to run with three passengers and e-rickshaws with four passengers.

“E-rickshaws and autos have largely started following the norms. But the general awareness among people is missing and that’s sad,” a board member said.

The North 24-Parganas district is second to Calcutta in terms of the number of Covid, a health department official said. Barasat with its high population density remained one of the most vulnerable pockets.

“We will start visiting every place with loudhailers in the morning from Friday to make people understand the importance of following distancing rules and wearing masks,” an officer of Barasat police station said.