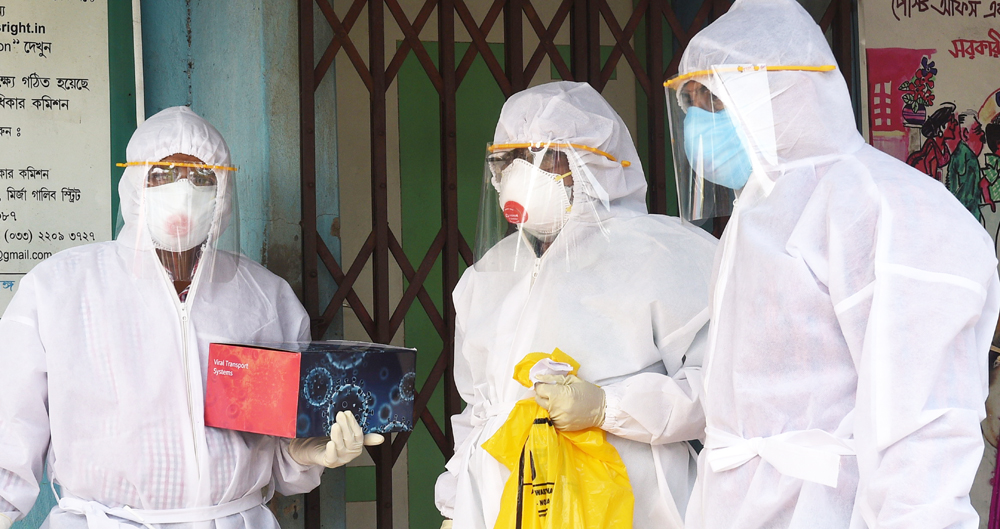 The state’s regulatory commission for private hospitals has received several complaints over the past few weeks that healthcare units are overcharging patients for personal protective equipment and N95 masks.

The state government, worried over the rise in the number complaints about malpractice in regard to protective gear for Covid-19, is trying to figure out what could be the actual price range for such items and how to address the issue, said officials.

A Calcuttan has alleged that a private hospital off EM Bypass has charged Rs 84,000 for 20 hours for treating vertigo. The charges include Rs 12,000 for PPE and Rs 2,000 for masks.

Officials of the hospital said they were not aware of the incident.

“We have received some complaints that private hospitals are overcharging patients for PPE and masks. We’ll be dealing with these complaints at an appropriate time,” retired judge Ashim Kumar Banerjee, the chairperson of the West Bengal Clinical Establishment Regulatory Commission, said on Saturday.

The commission, set up by the Mamata Banerjee government, is the regulatory body for private hospitals and nursing homes in the state.

The Telegraph has reported how the commission had expressed concerns about overcharging patients for PPE by some private hospitals. 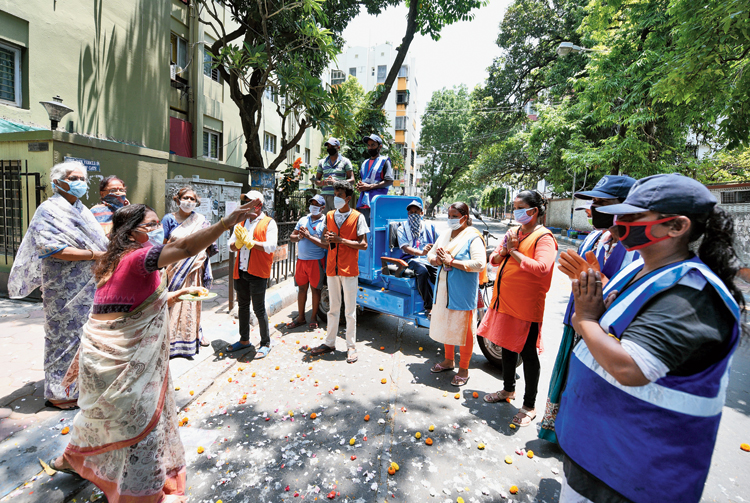 The number of complaints has grown since as private hospitals have started treat-ing non-Covid patients in increasing numbers.

“We are not getting PPE or masks from the government. So, we have to charge patients for these items. We are charging them the maximum retail price mentioned in the price tag,” said a senior official of a private hospital.

However, the problem, according to some private hospitals, is the varying MRPs, depending on the quality of PPE and masks.

In the initial stages of the Covid-19 outbreak, a complete PPE set was as expensive as Rs 2,000. But now, with many small units making those gear, the procurement for a private hospital varies between Rs 300 and Rs 1,200, sources in the healthcare industry said.

One hospital in south Calcutta said it was charging Rs 777 for each PPE set.

“The confusion is created because we are dealing with something new. Patients and their relatives are unable to know what is the quality of the PPE and in many cases, how many are actually used by healthcare workers to treat one patient,” said the CEO of a private hospital chain.

“We cannot compromise on the quality of PPE and expose doctors and health-care workers to the novel coronavirus. Many doctors are refusing to treat patients without good PPE,” said an official of a private hospital.

There were controversies over the pricing of coronary stents, which are inserted after opening clogged arteries. In 2017, the Centre had capped the prices of stents.

State health department officials said it was too early to think of such price capping for PPE.

“We have not discussed it,” said an official of the department.

The regulatory commission had earlier proposed capping of charges for some treatment but the private hospitals had rejected it.