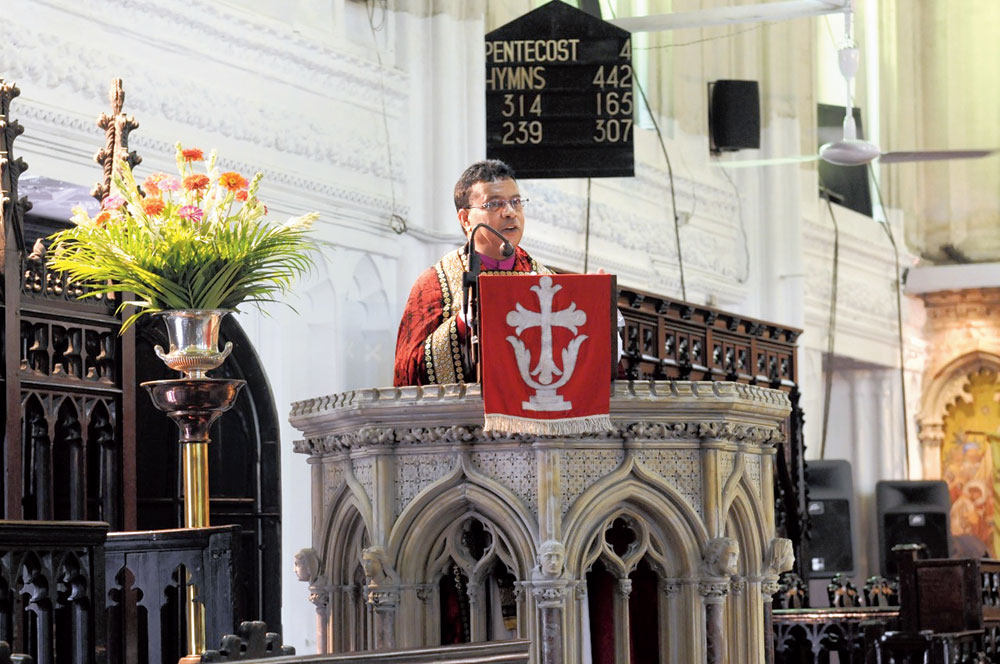 The Calcutta diocese of the Church of North India (CNI) resumed communion service at St Paul’s Cathedral on Sunday. Communion services had been suspended at all CNI churches under the diocese since March as a precaution against the spread of the coronavirus.

On Sunday, the service was held at St Paul’s Cathedral four times. Not more than 25 people were allowed inside in each service, in accordance with the guidelines set by the state government. Reverend Paritosh Canning, the bishop of Calcutta, attended the service held at 8.30am. Prayers and meditation with up to 25 people began at six other CNI churches in Calcutta and Howrah on Sunday.