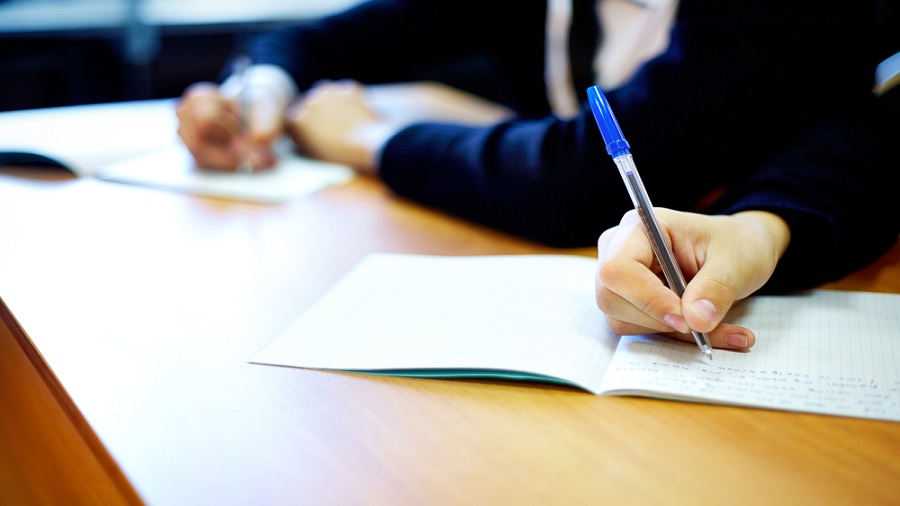 The council said it had taken help of “reputed Statisticians from Premier Institutions in the Country” to arrive at the formula
Shutterstock
Mita Mukherjee   |   Calcutta   |   Published 04.07.20, 04:26 AM

The Council for Indian School Certificate Examinations will assess examinees in the remaining ICSE and ISC papers based on a student’s average marks in the best three papers of the exams held till March 18 and the marks in internal assessment, project work and practicals in the pending papers.

A third component, to be computed using an algorithm, will be added to arrive at the final scores in the pending papers. No weightage will be given to marks obtained in the pre-board exams held by the schools.

The council, which announced its marking scheme on Friday, said it had taken help of “reputed Statisticians from Premier Institutions in the Country” to arrive at the formula.

Explaining the marking scheme, the CISCE said: Say an ICSE examinee’s average marks in the best three papers in which she or he has already written the test is 75 out of 80 and suppose the internal assessment marks awarded to the particular examinee is 19 out of 20. This particular ICSE examinee’s final score will be 94.3 according to the marking scheme and not 94, the sum of 75 and 19.

The additional 0.3 marks will be derived from the third component.

Citing an example of how the ISC marks will be calculated, the council explained: Suppose for an ISC candidate, the average of the best three papers is 65 out of 70 and the candidate scores 28 out of 30 in practical and project work, the particular candidate’s final score will be 93.1, after adding the third component.

Many students feel that they would have done better if they had been given an opportunity to write the pending papers, the principal of a school in Calcutta said.

The third component will help these students to score a few more marks. “This will bring some ‘satisfaction’ to those students who might think they would have scored better had the exams not been cancelled,” the principal said.

The council has also said it would conduct examinations of the pending ICSE and ISC papers “one to two months” after the publication of the results for those students who want to better their marks.

The results of the two board exams will be published by July 15.

According to the council, the internal assessment marks are a measure of a student’s proficiency in a subject and the average marks in the best three papers he or she has written will be indicative of his or her general academic ability.

The council has not explained how the formula was arrived at for preparing the marking scheme.

Analysis of data on the board examinations held between 2015 and 2019 were conducted for devising the formula.

“Marks imputation formulae for the remaining ISC Year 2020 Examination have been devised by reputed Statisticians from Premiere Institutions in the Country,” the CISCE release said.

Principals of some schools said they had examined the marking scheme and were hopeful that students would benefit. The principal of one school in central Calcutta said: “We will be in a position to understand how student-friendly it is (the marking scheme) only when the results are out.”

The head of another school said the marking scheme was good because it was not based on pre-board marks but relied more on the schools’ internal assessments.