180 take rapid antigen tests coducted by CMC in the city 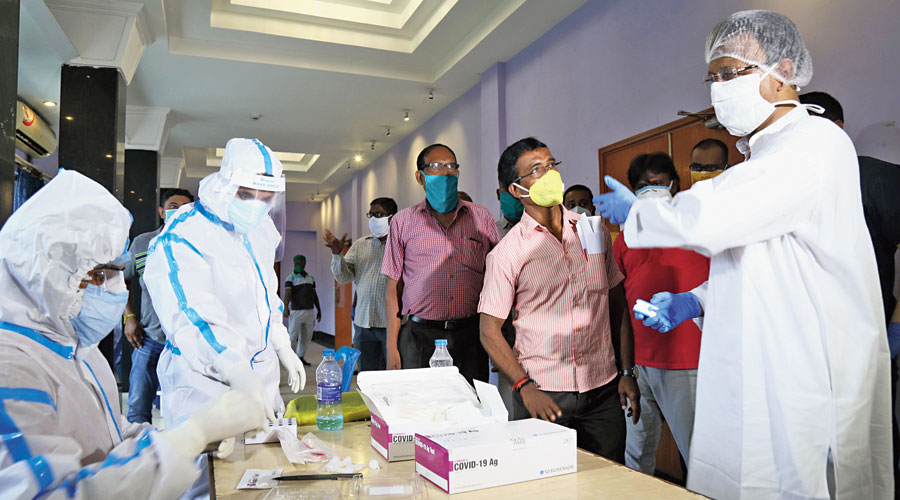 More than 180 people took the rapid antigen test conducted by the Calcutta Municipal Corporation between Thursday and Friday and 23 of them have tested positive for Covid-19, a CMC official said.

The rapid test is known to show many false negatives, which means that someone who tests negative in the test could actually be affected by the virus. A symptomatic person who tests negative should undergo a RT-PCR test to confirm if she/he is actually negative, according to the guidelines for rapid tests. Someone who tests positive need not undergo further tests and should be considered as Covid positive.

Despite its deficiency, the rapid tests have been approved because they give results in 30 minutes. The RT-PCR tests take at least a day to give results.

The civic body will continue the antigen tests across the city. The tests will be conducted daily in predetermined locations, a CMC official said.