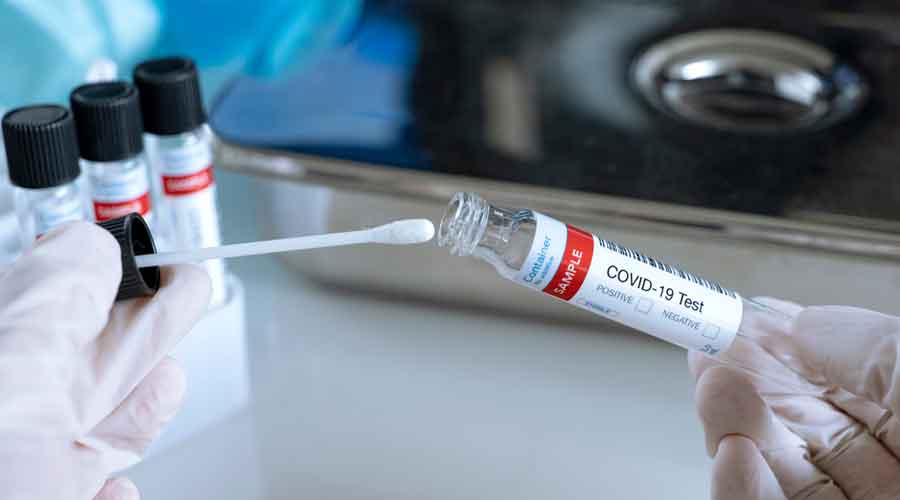 The Calcutta Municipal Corporation (CMC) will increase the daily swab collection for the Covid test to 1,000 by the middle of August.

An official of the civic body said they collect swab of around 400 people every day now.

The CMC organises camps in several neighbourhoods daily to collect swab samples based on the outcome of their health surveillance and also on demand from ward coordinators.

The samples are sent to SSKM Hospital for test.

The majority of the tests are done in Calcutta and neighbouring areas as most of the labs are located here. Besides, the number of infected people are also higher in Calcutta and the surrounding districts.

With a target of 1,000 tests daily, it will need more such vans and more trained medical technologists, said the official.

“We have a target to raise the daily tests to 1,000 by mid-August. Only more and more tests can help identify people who are carrying the virus. Only then they can be isolated,” said a doctor of the civic body.

Public health specialists have repeatedly stressed the need to increase tests to identify more carriers of the virus so they can be stopped from mixing with the community.

In the absence of a vaccine, testing, isolating and treating positive cases is the only way to contain the disease.