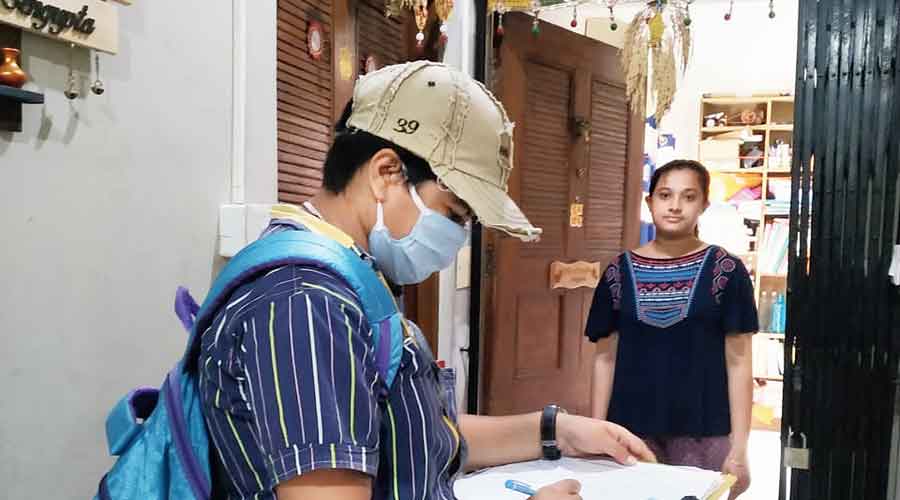 The response to the survey to identify comorbidities among Calcuttans, which started four days ago, suggests the city has started taking public health issues more seriously than it did before Covid-19 had struck, those connected with the survey said.

Volunteers and health workers who are visiting houses as part of the survey said the resistance they would face during the anti-dengue or polio vaccination drive was missing when they were asking residents about their comorbidities.

The survey on comorbidities is being undertaken to make Covid response in the city more focussed.

Public health experts and civic officials said the overwhelming death toll of Covid-19  - which till September 11 claimed 3,828 lives in Bengal, including 1,449 in Calcutta - had changed the way people think and act. According to the state health department, 85.9 per cent of those who died after testing positive for the disease had comorbidities, a fact that serves as a pointer to the importance of such a survey.

“The change in Calcuttans’ thinking on public health matters reveals how deep an impact Covid has created and the fear it has instilled in our minds,” said a public health expert. 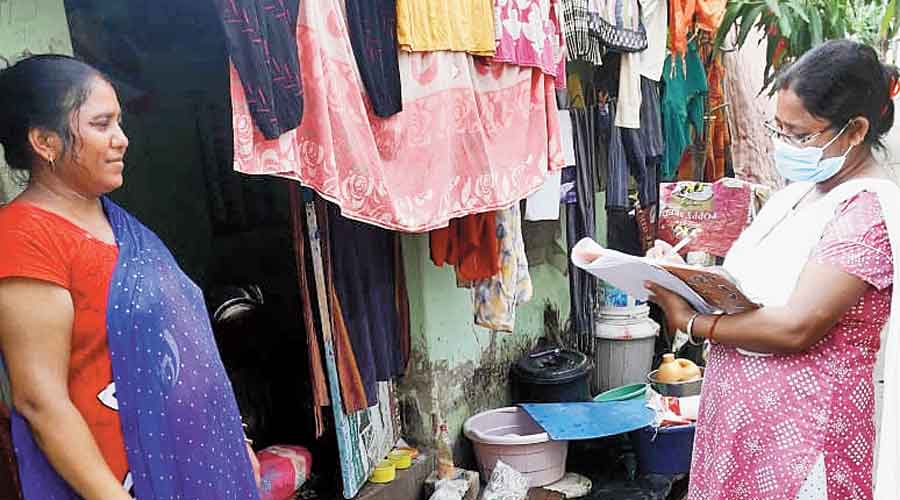 The comorbidity surveillance programme, which started on September 7, targets to cover 10 lakh households across the 144 wards of the Calcutta Municipal Corporation (CMC). A form is being handed over to residents which asks whether a person is above 60 or has conditions like diabetes, hypertension, cardiac ailments, kidney ailment, liver disease, cancer, respiratory problems and tuberculosis.

The state health department, CMC and Covid Care Network (a voluntary organisation comprising health officials, doctors and those who have recovered from Covid) are jointly conducting the survey. The CMC has deployed 2,880 workers to collect data from residents. There are 288 supervisors, one for 10 data collectors. The target is to complete the survey in 14 days.

Several CMC workers taking part in the survey said they were observing a change in people’s behaviour. “Many would not allow us to enter their premises to find out whether fresh water had accumulated, where dengue mosquitoes breed. We face such problems in highrises and housing complexes... our workers were shooed away from the gates,” said a data collector who did not want to be named.

“For the comorbidity survey, we have not yet faced any such problem. Most people are interested to know what this survey is about. Once convinced about it’s need, they are giving all details,” he said.

Abhijit Chowdhury, a public health expert and member of the chief minister’s expert team on Covid, had visited several houses in Tollygunge and Kalighat a couple of days ago with data collectors.

“In Tollygunge, we went to a house where a middle-aged man came out and asked why we were there. The man listened patiently to the volunteers. Then he asked how a person would benefit from the survey,” Chowdhury recounted.

“When he was told that those with comorbidities could get priorities when vaccines for Covid-19 are available, he said there was a person in his family with diabetes.” The experience was the same in Kalighat, too. 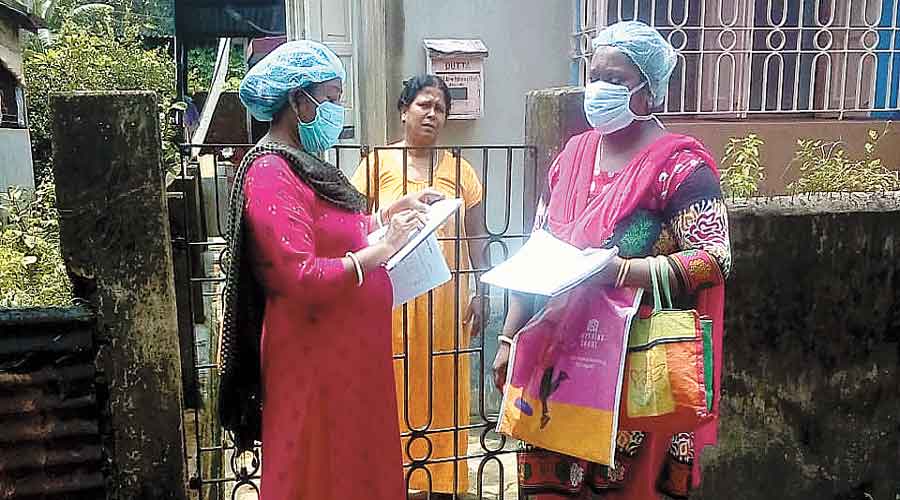 The CMC has deployed 2,880 workers to collect data from residents
Telegraph picture

“I asked the volunteers whether they were facing the resistance they used to face while taking part in dengue prevention programmes. They said there was hardly any resistance. At places where they are not allowed inside, the forms are being distributed through security personnel,” said Chowdhury, who is also the mentor of Covid Care Network.

“The volunteers told me that more than 80 to 90 per cent households are actively taking part in the survey. People are getting tuned to the need of the hour and the change is for the better.”

When the authorities were planning the comorbidity survey, there were apprehensions about how residents of housing complexes and other pockets would react. Officials had also thought that the fear of catching Covid would make volunteers and health workers reluctant to visit houses.

But at least till Friday, officials said, the enthusiasm among volunteers and health workers was high. “Through this challenging period of four or five months, people’s psyche has matured. They are now welcoming surveyors without any inhibitions,” said Subrata Roy Chowdhury, officer on special duty, health, and deputy chief municipal health officer of the CMC. He is the nodal officer for the programme.

He said that unlike dengue or pulse polio, no campaign had been launched for the comorbidity survey. “Despite that, the response is good. People have come to understand that if the comorbidity issue can be addressed, the risk of a Covid patient can be reduced,” he said.

A resident of south Calcutta welcomed the way the comorbidity survey was being conducted but had one complaint: the form was only in Bengali. Officials said forms in Hindi and English would soon be distributed.