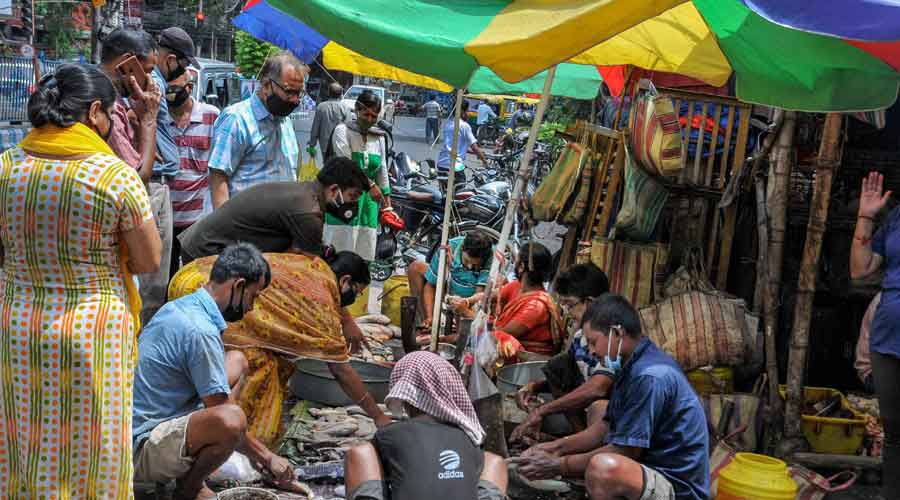 Eight more places in the Calcutta municipal area have been turned into Covid containment zones, taking the number of such pockets in the city to 32, officials said.

According to the revised list posted on the website of the Calcutta Municipal Corporation (CMC) on Friday, the new containment zones are a stretch of Chaulpatty Road in Beleghata, the entire Raja Gopi Mohan Street in Maniktala, Rajpur D block slum in Santoshpur, Sammilani Park in Santoshpur, a stretch of Maharani Indira Devi Road in Behala’s Parnasree, a housing complex on Judges Court Road in Alipore, a housing complex on Chetla Road and a stretch of Kailash Bose Street near Beadon Street.

However, several instances of violation of containment zones have been reported over the past few days.