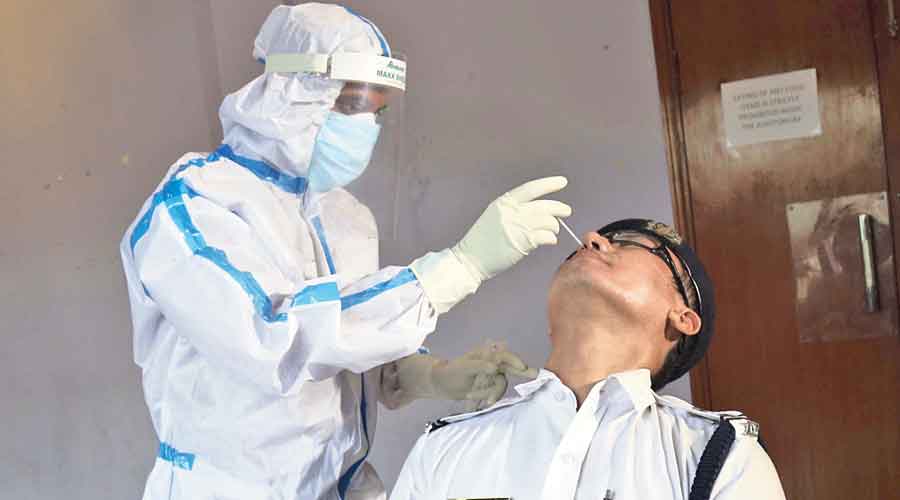 A health worker collects a swab sample for the rapid antigen test for Covid-19 from a Chetla resident. The CMC had started conducting rapid antigen tests for faster results
File picture
Subhajoy Roy   |   Calcutta   |   Published 02.09.20, 01:55 AM

A survey to identify Calcuttans with comorbidities, which make them more vulnerable to Covid-19, will begin next week.

The civic body has set a target of two weeks to finish the door-to-door survey, a Calcutta Municipal Corporation official said.

Close to 3,000 workers will be deployed in the Calcutta municipal area’s 144 wards for the survey. One person will visit one household, unlike in the case of dengue where two or three-member teams do the survey. This has been done to ensure faster coverage of 1 million households in the wards, the official said.

At least 20 health workers in every ward will carry forms with them to mark if a respondent has kidney disease, heart disease, liver disease, or is a diabetic, or suffers from chronic obstructive pulmonary disorder (COPD), or is hypertensive or has tuberculosis. The health workers will not record any other detail. Their job will be restricted to only noting down if the respondent has any of the diseases, the official said.

The medical officers, who are in charge of health services in the wards, will be trained later this week. They will then train the health workers who will carry out the door-to-door survey. “We will start the survey next week in all likelihood,” the official said.

Twenty health workers in a ward will visit 20 households simultaneously. “We decided to send only one person to a house as that would leaves more people to visit more houses at the same time,” another official said.

According to the bulletin on Covid-19 issued by the state health department, 86.8 per cent of the 3,228 people who died of Covid-19 till Monday had comorbidities. The bulletin mentioned that hypertension, COPD and diabetes were the three most common comorbidities among the dead.

The data generated by the door-to-door survey will be digitised and can be accessed by the state health department and CMC doctors. When information about someone testing positive for Covid-19 reaches the borough health officer or the ward medical officer — both of whom are doctors — they will check the database to see if the person has comorbidities, the official said.

“This is why the survey is important. We will get to know who has comorbidity and react accordingly. We will request everyone to be true while answering the questions and allow health workers to conduct the survey.”

If any family member is not at home when a surveyor reaches the house, he/she will ask the others present details about that member, a CMC official said. 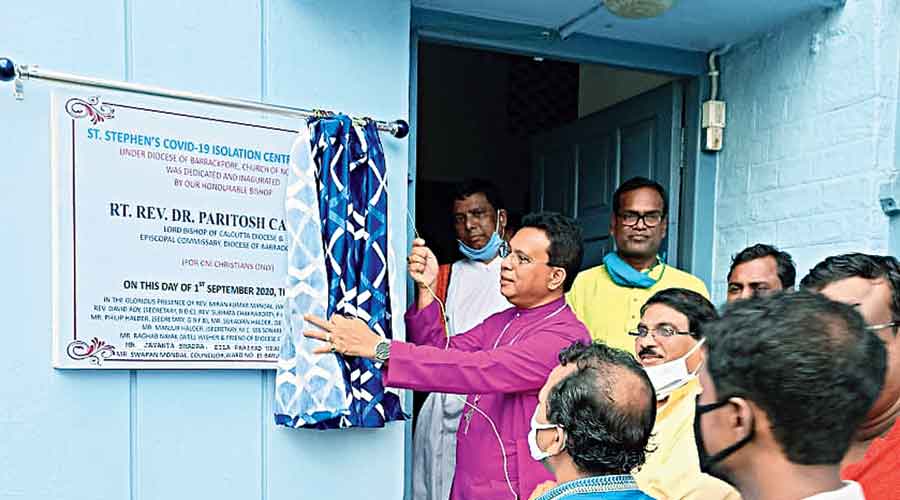 A large number of people of Baruipur and its nearby areas had been infected with coronavirus over the past several weeks. “So we decided to open an isolation centre for the people of the locality,” said Reverend Paritosh Canning, bishop of the Calcutta diocese. 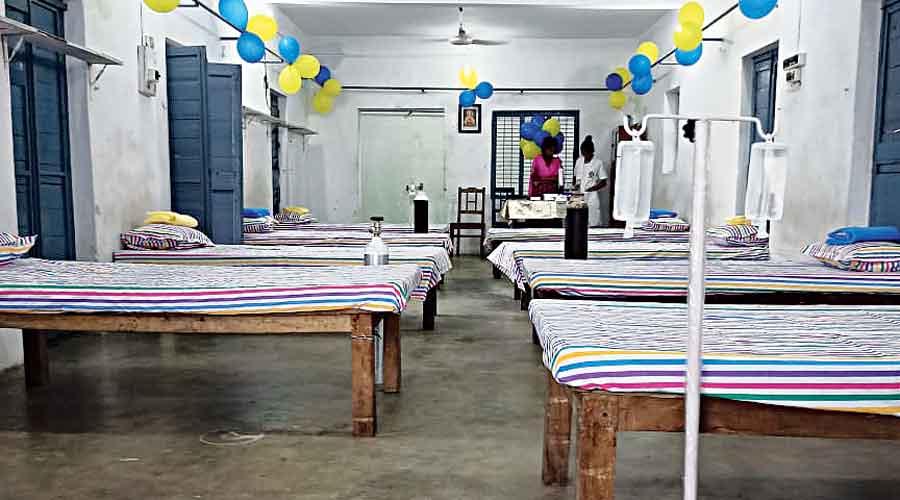 The 14 beds at the facility
Telegraph picture

The St. Stephen’s Covid-19 Isolation Centre is the first such centre to be run by the CNI. It has been set up at a hostel for students of a vocational training centre run by the CNI. The church has tied up with Peerless Hospital to provide medical supervision of the patients who will be staying in the centre, the bishop said.