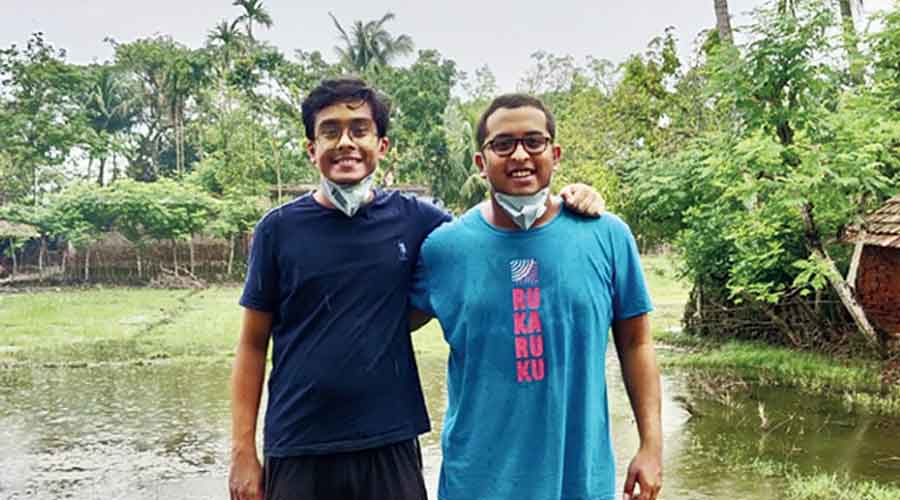 Two city law school students have provided close to 3,000 families hit by Cyclone Amphan and Covid-19 in Calcutta and North and South 24-Parganas with relief.

“Within the next one-and-a-half-months we reached out to nearly 900 families living in slums at Mullickbazar, Park Circus, Taratala, Beckbagan and near SSKM Hospital,” Pal said. Most of the beneficiaries had lost their livelihoods because of the cyclone and the pandemic.

After a few days of launching the initiative, the duo set up a small team of around 50 volunteers, mostly students, and decided to extend the relief work beyond Calcutta.

The initiative is still on and the two take the help of NGOs to identify beneficiaries.

The two had initially raised funds through appeals made on social media. “Many senior advocates and benevolent people donated funds. Some arranged for relief materials,” Pal said.

Apart from providing ration, the students have distributed 10,000 masks and 2,000 packets of sanitary napkins from 20 locations in the city.

They arranged menstrual health campaigns and programmes to create awareness among people regarding the importance of masks.

They have distributed education kits to 300 students of Sagar Island.