Crunch begins to tell on schools

Institutions described the situation as 'traumatic' 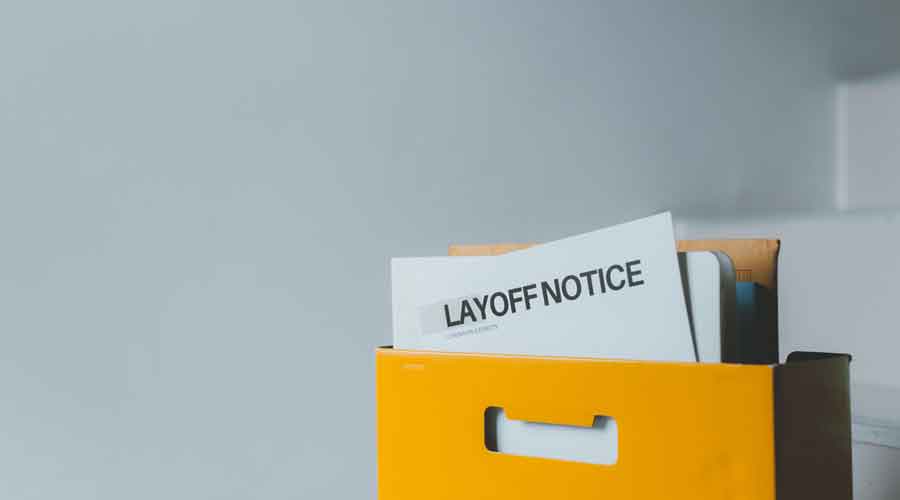 Several schools that did not mention the dreaded word “layoff” said they were “in the process of working out our finances”
Shutterstock
Jhinuk Mazumdar, Subhankar Chowdhury   |   Calcutta   |   Published 03.11.20, 03:03 AM

The lockdown-induced financial crunch is compelling some schools in Calcutta to take “traumatic” crisis-management steps, including layoffs, multiple sources have told The Telegraph.

⚫ A south Calcutta school has asked five teachers and around 10 non-teaching assistors to leave. The principal has resigned.

⚫ A central Calcutta school has been unable to pay salaries to teachers after August.

⚫ A small south Calcutta school has been making staggered payment to teachers, prioritising those who are the sole earning members in their families.

Some of the outgoing employees of these schools spoke to this newspaper with the request that they not be named so that their employment prospects elsewhere are not affected.

None of the school managements responded to questions from this newspaper, probably because an appeal against a fee waiver is pending with the Supreme Court. Moved by the plight of parents affected by the lockdown, Calcutta High Court had ordered a 20 per cent reduction in tuition fees and a complete waiver of the fees charged on facilities that students will not be using till in-person classes resume.

Among those who lost their jobs with the south Calcutta school are an art teacher and a computer teacher.

The principal resigned after being asked by junior colleagues why they were losing their jobs and why the principal could not help save their positions, a source said. The principal did not take calls from this newspaper.

The principal of another school described the situation –- layoffs have so far been confined largely to industry —as “traumatic”.

Sources in one school said that with uncertainty surrounding the resumption of in-person classes, the institution was focusing on retaining the staff necessary for upkeep and maintenance. “When things improve, the management can recruit people,” a source said.

The management of a central Calcutta school is waiting for fee collection to be able to clear the teachers’ dues for the past two months.

“We are somehow managing to pay the non-teaching staff every month. Before Durga Puja, we cleared the dues of the teachers till August, at least, from our reserves. It has been tough for us with barely 10 per cent of the fees collected so far,” said the head of a central Calcutta school that goes beyond classrooms and carries out commendable community service.

Not that the schools do not empathise with the parents who have hit a rough patch. On Monday, a parent walked up to a south Calcutta school where the management is making staggered payments and sought a waiver because he “has no job”.

The helpless principal recounted: “I had no option but to tell him that if parents did not pay, more teachers will be jobless. We have to think about the staff too.”

The principal said the school was able to pay the teachers because of the staggered schedule. “We have prioritised those teachers who are the sole earning members in their families. To the rest, we are making delayed payments. The teachers are supportive,” the principal said.

Several schools that have neither cut nor delayed teachers’ pay said the salaries come from the tuition fee.

“With this new ruling, we will be able to barely generate 50 per cent of the staff salary. The school will use the money from the trust but that commitment can be only for some time. How long can you sustain yourself like this?” the head of a school in north Calcutta asked.

A couple of schools said that expenditures under some heads were unavoidable regardless of whether the classes were being held online or in person.

“We have to pay corporation tax, which works out to more than Rs 10 lakh a year. Then there is the water tax. We have not got any concession there,” the head of an Anglo-Indian school said. “If this continues, we are going to be in deep trouble.”

Several schools that did not mention the dreaded word “layoff” said they were “in the process of working out our finances”.

“We have to find out ways to rework the finances... but nobody knows where to find resources,” said the head of a Salt Lake school run by a private trust.