Advertisement
Home / West-bengal / Calcutta / Stranded with Calcutta connection? Sorry, no flight for you

Stranded with Calcutta connection? Sorry, no flight for you 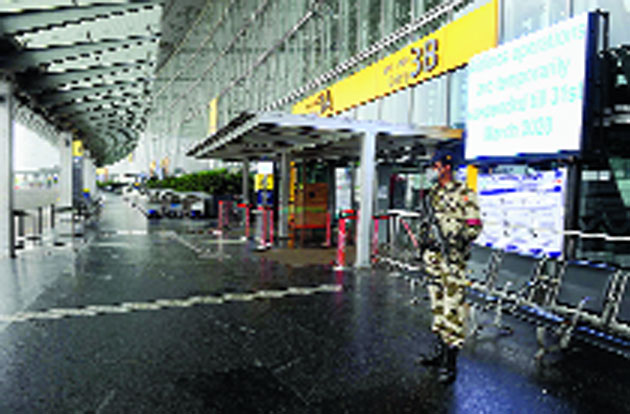 The second phase of repatriation of Indians stuck abroad will see 30,000 Indians come back from 31 countries on 149 flights, the Centre has said. Bhubaneswar and Gaya have made it to the list of Indian cities the flights will land in but not Calcutta. The Telegraph spoke to two persons — a man in Dubai desperate to come back to Calcutta and a woman in Calcutta yearning to go back to Dubai.

A man from Calcutta, stuck in Dubai for close to two months now, is spending hours every day calling up the Indian consulate because he is desperate to come home.

All his pleas are running into one roadblock — there is no flight to Calcutta even in the second phase of the Vande Bharat mission.

“I am not alone. There are at least 500 people here who are waiting to return to Calcutta,” said the 47-year-old, who lives in Ballygunge.

The man works as a consultant with a company that has a presence in Dubai and Calcutta. For the past year, he has been shuffling between the two cities.

“I usually spend a fortnight in Dubai during every visit. This time, I had come in the middle of March and got stuck,” he said.

He has been on an “unpaid leave” since April 1 and was asked to “leave his company’s guest house”.

The man said he shifted to a hotel and was sharing a room with a fellow Indian from Kerala. “He got a booking on one of the flights to Kerala. I moved to a single bedroom on April 19. I am having to pay Rs 4,000 every day for stay and food,” said the man.

In Ballygunge, the man’s wife and two daughters — aged 16 and 12 — are growing restless with each passing day.

There are multiple flights to Bhubaneswar in phase two of the repatriation project. But those headed to Calcutta would not be able to avail themselves of the Bhubaneswar-bound flights because they had mentioned Calcutta as their “port” during registration for repatriation.

“Once you have registered with one airport, you cannot alter it,” the Calcuttan said.

The Dubai administration has recently relaxed the lockdown curbs. Residents are allowed to move without a permit from 6am to 10pm.

“But I don’t step out of the hotel for fear of contracting the virus. I cannot afford to fall sick now. I have to get back at any cost,” he told Metro over the phone.