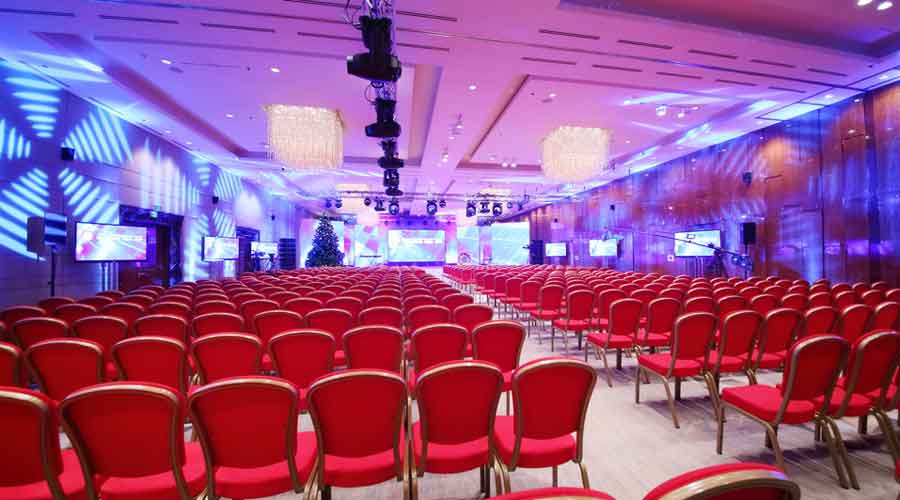 Over 50 per cent of event management companies have seen 90 per cent of their work cancelled during the lockdown
Shutterstock
Debraj Mitra   |   Published 14.07.20, 03:42 AM

Six out of 10 micro, small to mid-size enterprises in the creative sector — advertising, publishing, photography, design, and performing arts — have stopped functioning because of the Covid-19 curbs.

Over 50 per cent of event management companies have seen 90 per cent of their work cancelled during the lockdown.

A study that recorded the impact of the pandemic on the creative economy in India has thrown up some grim statistics. The first edition of Taking the Temperature Report — a collaboration of the British Council, Federation of Indian Chambers of Commerce and Industry (FICCI) and the Art X Company — was released on July 7.

The report provides a snapshot of the situation in India during the lockdown (since its start in late March to June) with responses from 368 organisations. The data cuts across sectors such as advertising, event management, architecture, visual arts like painting and photography, design, public and street art, literature and publishing, performing arts, craft and venues like theatres and cinemas, among others.

Micro, small to mid-size enterprises (MSMEs) and self-employed groups make up to 88 per cent of the sector, according to the report. This is the segment that has been worst affected, the findings suggest.

“The range of sources of income reflect the mixed economy of the creative enterprise sector, with only 11 per cent of income from private and government grants, 5 per cent online and crowdfunding and 10 per cent philanthropy. When packaged together all other areas of income are broadly a return for sale of goods and services, therefore significantly 74 per cent of income generated is likely to have stopped or been curtailed as a result of Covid-19,” the study has said.

Some of the key findings of the study:

⚫Most organisations and freelancers have continued to function in some basic capacity during the Covid-19 curbs. But 41 per cent have stopped altogether temporarily.

⚫Sixty-one per cent of MSME organisations established between four and 10 years ago have stopped doing business during the lockdown.

⚫MSME and freelancers have been worst hit. Large companies are more likely to come under some subsidy to enable them to survive while MSME’s are most at risk of closing down.

⚫If available, short-term financial relief will be used to keep freelancers and organisations viable, 80 per cent will use financial support toward lost income, staff costs and immediate business needs.

“This is the first edition of the report…. Further editions will be published towards the end of September and end of December. The complete report with all editions will be released in January 2021,” according to the report’s preface.

“The survey seeks to understand the immediate impact on artists’ livelihoods, arts organisations and their audiences, strategic response by governments, NGOs and major stakeholders to ensure the sector survives, recovers, sustains and grows,” a statement that accompanied the release of the study has said.

“We believe that culture connects us, and solidarity is more important than ever in this time of uncertainty. That is why we partnered with FICCI and Art X…. The data and insights will help us all understand better what collaborative efforts are best placed to address the long-term sustainable growth of the creative economy in India,” Barbara Wickham, director, India, British Council, said.

Rashmi Dhanwani, founder-director, Art X Company, said India’s cultural sector was, at best, an informal sector. “It is without a coherent policy framework, statistics and data, which is currently unable to guide its protection, growth and evolution. As a result, artists, arts organisations and freelancers are left vulnerable to major or minor shifts in the socio-political-economic landscapes, including but not limited to demonetisation, tax reforms and currently, a major pandemic.”

The company is involved in consultation, curation and project management and research within the cultural sector in India.

Timely state intervention can make a difference, the report said citing the Kerala government’s announcement of a monthly financial aid of Rs 1,000 for two months to artists struggling during the lockdown.