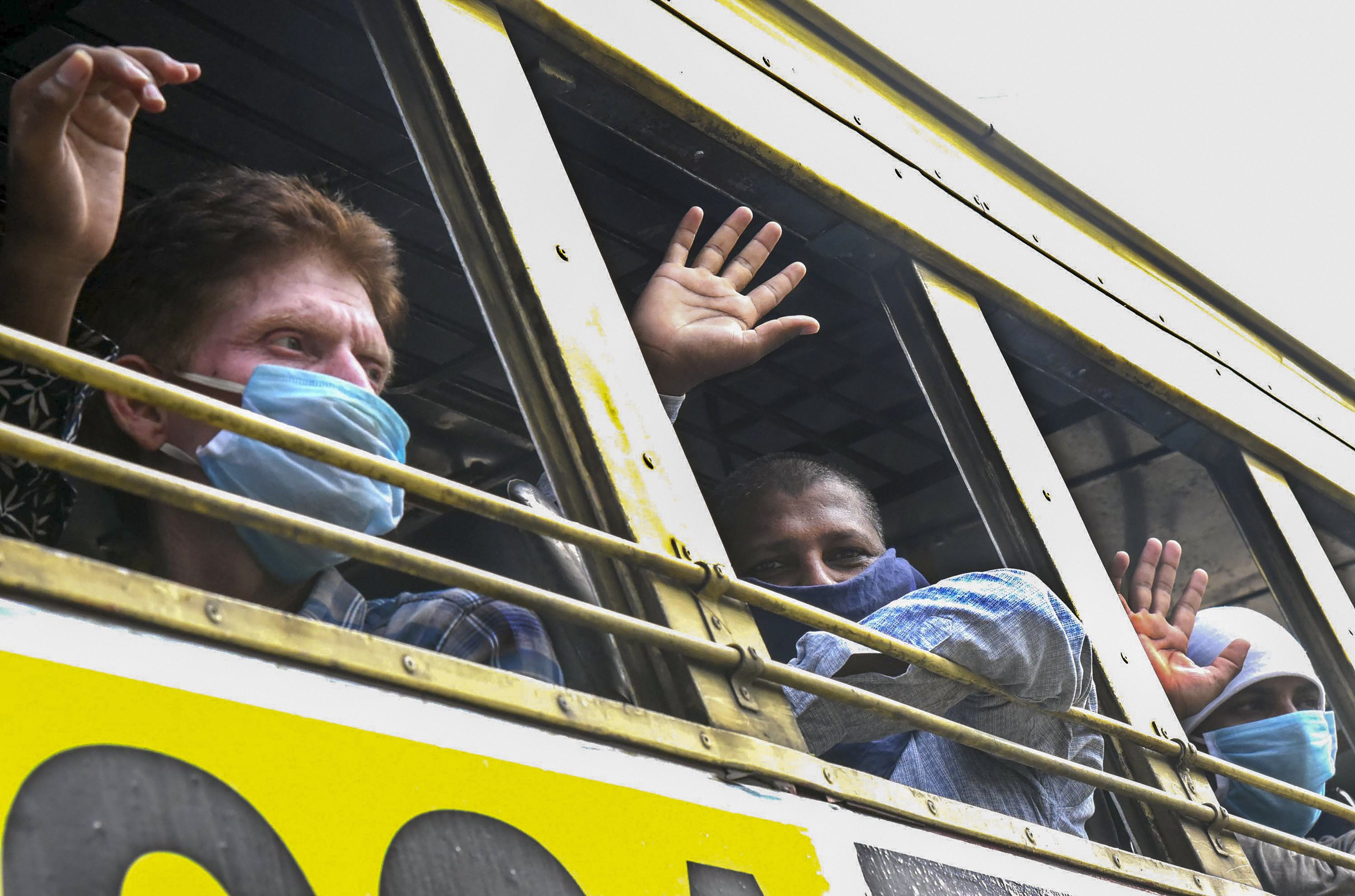 An officer of the commissionerate said cops got in touch with the police in Assam before issuing them passes for inter-state travel. Cops in New Town helped them hire the bus, the officer said.
(PTI)
Snehal Sengupta   |   Calcutta   |   Published 14.05.20, 08:33 PM

Migrant workers from Assam’s Barpeta district who were stranded in New Town and had run out of money have set out for home with help from police.

The Bidhannagar commissionerate helped the group of 32 get passes for inter-state travel and hire a bus that will take them home. The bus left for Assam on Thursday morning.

Rajibul Islam, 32, a tailor from Barpeta, around 98km from Guwahati, had reached Calcutta with 31 others from the state to work at a garment manufacturing unit near Jatragachhi, on the outskirts of New Town, several months ago.

The group used to stay in a rented accommodation and almost everyone ran out of money and essential supplies, Islam said before leaving for his home town. “We were barely scraping through… with nowhere else to go, we told a police patrol of our plight.”

The group had about Rs 15,000 with them in the initial days of the lockdown, Islam said. There was hardly anything left of that at present and the group had a tough time arranging food, he said.

After getting to know of their plight, cops helped them with food and other essentials till they left for Assam, the police said.

An officer of the commissionerate said cops got in touch with the police in Assam before issuing them passes for inter-state travel. Cops in New Town helped them hire the bus, the officer said.

“We were really worried,” Montaz Islam, another member of the group, said.

Kamnashish Sen, deputy commissioner of police, New Town, said the police had drawn up a list of people who were in need of supplies.

New Town has a sizeable chunk of migrant workers from other states and the police are helping them out with supplies, Sen said.

Cops and residents near the DLF-I bus stop have been helping a dozen students, who hail from Sikkim, with food.

The students, who had landed in the city for an internship at a Sector V firm, have been living in a rented house on Street No. 47, not far from the DLF bus stop.

Sunita Thapa, a Gangtok resident who is pursuing a postgraduate course in computer application from Sikkim Manipal University, said she and the others had reached Calcutta in December for the internship.