Leather ray of hope from overseas 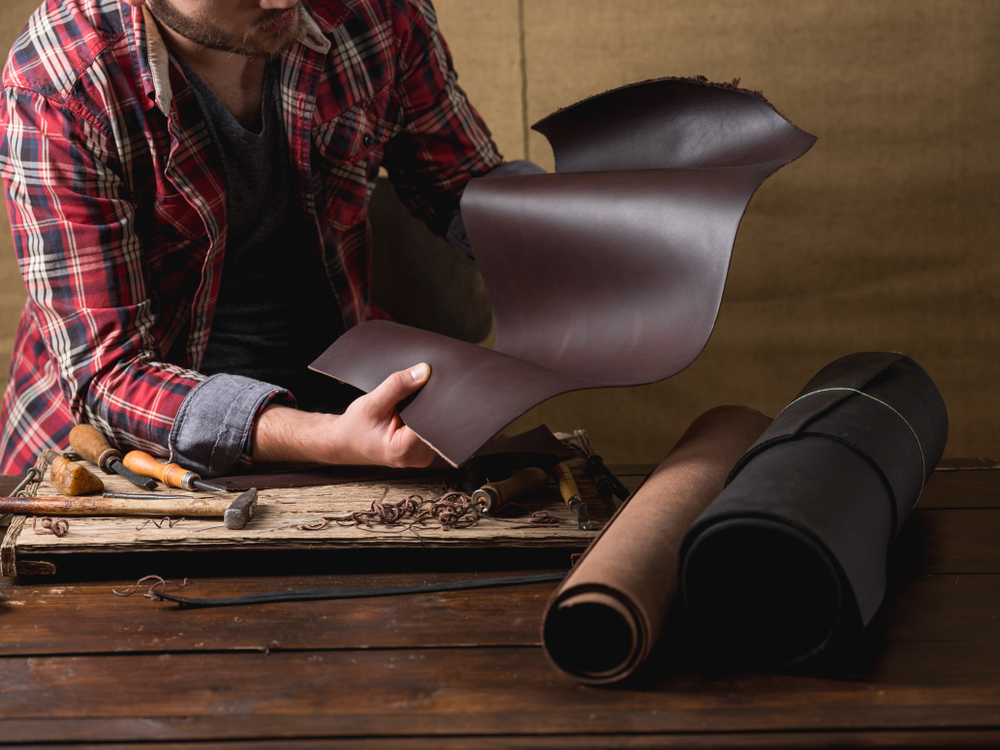 One leather manufacturing unit at the Calcutta Leather Complex in Bantala, which had opened its factory two weeks back, has shipped leather bags, wallets and other goods worth $130,000 to Sweden, Switzerland and other parts of Europe.
Shutterstock
Sanjay Mandal   |   Calcutta   |   Published 14.05.20, 12:42 AM

The first export consignments of leather goods from Calcutta have started leaving the city as Europe slowly opens up after a prolonged lockdown forced by the coronavirus and other markets start showing promise.

The tanneries and leather manufacturing units in Bantala, which were allowed by the state government to reopen, have resumed work with fewer staff but many said they had started getting queries for new orders.

Besides, some importers from Europe, who would earlier source goods from China, are now exploring buying options in Calcutta.

Resumption of work will also help tanneries salvage raw leather which was lying unprocessed for several weeks and could be damaged.

One leather manufacturing unit at the Calcutta Leather Complex in Bantala, which had opened its factory two weeks back, has shipped leather bags, wallets and other goods worth $130,000 to Sweden, Switzerland and other parts of Europe.

“These were pending orders which could not be sent because of the lockdown. Samples could also be sent for the new seasons,” said Gautam Rajda, of Rajda Industries and Exports.

The unit is now working with 150-odd workers, almost half the strength of its total workforce of over 300. “Several other consignments are getting ready,” he said.

According to Rajda, some European importers who used to buy from China are contacting manufacturers in Bantala.

“These European buyers are telling us that after Covid-19, they want a second source of supply. They want to stop their complete dependence on China,” he said.

One exporter said for the past couple of months, importers in Europe and the US were not taking calls and replying to emails.

“We were requesting them to confirm pending orders but there were no replies. So, even after parts of Europe started opening up, we were initially apprehensive. But now they are calling us and talking about orders for the next winter,” said the exporter.

Along with leather bags and wallets, industrial gloves are in high demand, too, said manufacturers. Before the Covid-19 outbreak, they said, 20 to 30 per cent of the exports would be industrial gloves. It is almost 50 per cent now.

A few consignments have been shipped to the US, Europe and South America.

Most consignments are now going by sea rather than by air, exporters said.

Zia Nafis, of Zia Hide Skin Agency, said he had 50,000 pieces of raw hide in his tannery, worth Rs 40 lakh. Over the past couple of weeks, he has been able to process 40,000 pieces with chemicals and those are now ready for shipment.

The complex has about 400 tanneries and 60 leather goods manufacturing units, according to the Calcutta Leather Complex Tanners’ Association.

The annual export from eastern India, the bulk of which is from the Bantala complex, is worth Rs 5,000 crore, association sources said. Europe, the US, South America and some far-east Asian countries make up the main market.

The leather industry still has to grapple with many more problems. Italy’s market is yet to open and importers are asking the exporters here to “be patient”.

Many importers are also requesting discounts on the previous orders as they are unable to pay up.

Also, there is a shortage of chemicals to process the raw hide which could affect manufacturing if the crisis is not resolved, tannery owners said.

“But there has to be a start,” said one exporter.

Several leather goods manufacturing units at the Kasba Industrial Estate, which has opened too, have started receiving sample orders, some owners said.