Advertisement
Home / West-bengal / Calcutta / Living with the enemy: When home becomes a hellhole

Living with the enemy: When home becomes a hellhole 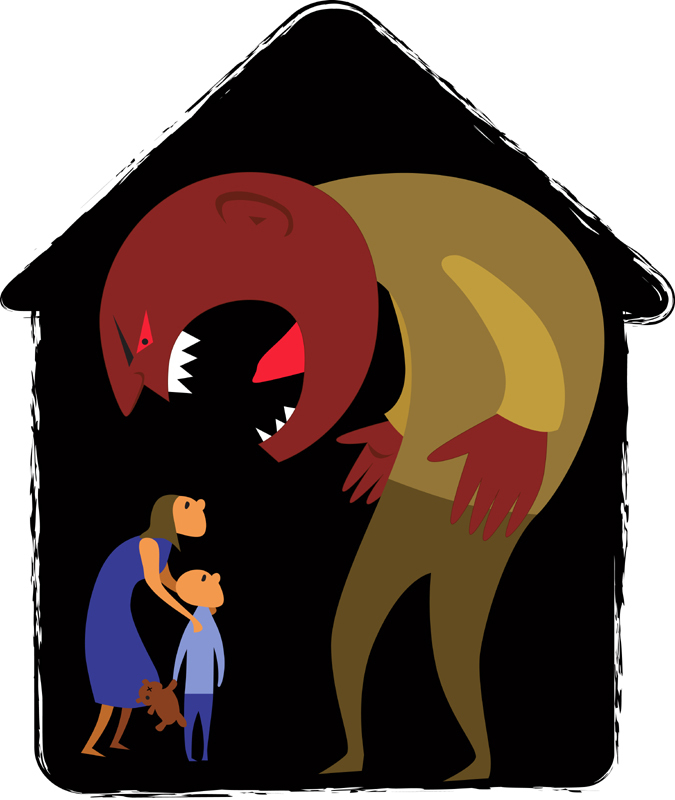 Home is where the heart is. But what if it is also the place where the devil resides?

No way to reach out

“More than 8000 women are killed in their homes every year,” she says, explaining that the home isn’t a safe place for everyone.

“Apart from phone calls, we are getting at least one case of domestic abuse everyday via email. But I don’t think the calls we are getting truly reflect the extent of domestic violence. A lot of the women don’t have access to phones, or are around their abusers 24/7, and they can’t make contact. We’ll get to know the true extent only after the lockdown is over, because right now, only those who can are reaching out.”

One would think that people in urban families would have access to phones. But Kapoor says it’s easier said than done.

“How will they make the call?” she says, “Then there is the question of recharging the phone, not everyone has an internet connection, and the lockdown makes going out physically impossible. Not every woman has a smartphone.”

And many of those who do have phones that they can use, have no income at the moment. The phones are their lifelines for reaching out.

“And if they are living with their abusers, these can be taken away too. So how can they be expected to get in touch?”

Shelter has become a big problem, says Kapoor, because homes are not taking in people because of the coronavirus.

Women being beaten up, or abused psychologically or sexually want to leave home, but have nowhere to go because of lack of transport.

Domestic abuse, Kapoor says, is more to do with power than incitement. It’s not simply about an uncomfortable event, due to which people lose their cool and retaliate. It’s about patriarchal power in the hands of abusers. The trope of the drunk man beating his wife doesn’t play out everywhere. “People don’t beat up their friends or bosses when they get drunk. They will only beat up those they know cannot retaliate. It’s all about who you can take your frustration out on, a show of ‘I have power over you’.”

Women, largely, cannot retaliate, and do not have a place to go.


People don’t beat up their friends or bosses when they get drunk. They will only beat up those they know cannot retaliate. It’s all about who you can take your frustration out on, a show of ‘I have power over you’
- — Anuradha Kapoor, director, Swayam


No one to hear you

Kapoor shares the story of a woman who was beaten up badly by her natal family. The police, when they were brought in, advised her to stay home now due to the lockdown, despite the violence.

“This is the problem,” says Kapoor, “Domestic violence has been there forever, the virus isn’t creating it. And it does not matter that women are facing violence. It’s acceptable. Because the violence is ‘domestic’ in nature, it has long been condoned by the society. If I go out on the street and someone beats me up, there will be huge hungama. But if I am beaten up in the same way by people at home, then I am told to ‘sort it out’.”

The conundrum is maddening.

Shelters seem to be only one way out for such women. But most shelters are basic, and not all urban women can find living easy there. So what is the alternative? The state must create awareness and seriously address Domestic Violence.

“The state government should advertise it like the Kerala government has done- ‘Don’t go from the lockdown to the lockup,” says Kapoor, “People need to know that domestic violence is a serious offence, and one could land up in jail.”

Only providing helplines, she says, is not going to do the trick. Whether it is police intervention, emotional support or ration, access to support services is of primary importance.

The problem? The ‘perfect’ family

Whether it is the family, the society, the police or the judiciary, everybody wants to make the family ‘work’. It doesn’t matter, says Kapoor, the kind of violence the woman faces. It is a cross for her to bear alone.


Whether it is the family, the society, the police or the judiciary, everybody wants to make the family ‘work’. It doesn’t matter, what kind of violence the woman faces. It is a cross for her to bear alone.
- — Anuradha Kapoor, director, Swayam


“Thousands of years of conditioning takes time to change” says Kapoor. “However, with the work of women’s organisations over decades, domestic violence has been recognised as a crime, civil laws have been formulated to address it. Today, more women are speaking out against violence. Earlier, only physical violence was considered as abuse. Now women recognise and speak out against all forms of abuse -emotional, sexual, economic, deprivation, neglect and physical. So the project of preventing family abuse is an ongoing battle.”

Part of the change, Kapoor feels, is the need to change narratives.

The notions of “men can beat you a little bit”, or “the more he hurts you the more he loves you”, are part of a mentality that will take a long time to overcome. So is discrimination between boy and girl children, and textbooks that insinuate that from history to mathematics- the heros are always the men.

“Everything is telling women you’re not worth it, you’re not good enough,” says Kapoor, “So you have to change the textbooks, and the way you bring up your children. Boys aren’t born this way, they are brought up this way, they feel that abuse and showing power over another is the only way to show their manhood. We have to have an ongoing program from home, to school to society and constantly change these narratives, to change the understanding that women are unequal to men, and it’s okay to overpower or abuse women.”

If you are facing domestic abuse, reach out to the National Commission for Women helplines here.