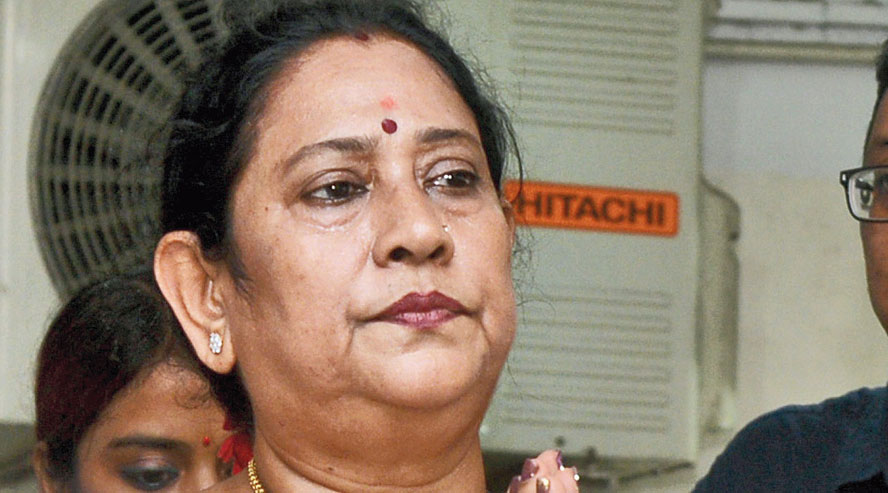 Mayor Krishna Chakraborty said the alternate-day system had become necessary as some residents and shopkeepers were ignoring the hygiene and social-distancing protocols.
Telegraph file picture
Snehal Sengupta   |   Calcutta   |   Published 10.07.20, 04:16 AM

Markets in Salt Lake will be kept open only on alternate days and will be sanitised by civic teams on the days they are closed.

Data announced on Thursday said 1,088 people tested Covid-positive in Bengal in 24 hours — the first time new cases have crossed 1,000 in a day. At 27, the number of dea­ths was also the highest in the 24-hour window. The alternate-day plan for the markets in Salt Lake kicked off on Thursday. The Bidhannagar Municipal Corporation is implementing the plan in such a way that when a block market is closed, the one nearest to it will be open, an official said.

For example, if the BD block market is closed on Tuesday, the neighbouring AE market will be open |so that the residents don’t face any trouble shopping for groceries and medicines, he said.

Boards announcing the days on which the markets would be shut will be put up near the entrance, the official added. The markets will have only one gate open for entry and exit.

Hand-washing facilities will be set up, the official added. Some markets have begun thermal scans of customers and shopkeepers, which will now be done at all markets in the civic area.

The corporation has, however, yet to decide about the department stores. Nor is there any word on what steps would be taken if there is overcrowding at the markets that open on a particular day.

On Thursday, the IA block market and the market inside the Purbachal Housing Complex were shut. The temporary stalls outside the markets too were shut.

Many residents said they did not know about the alternate-day decision.

Subhadeep Bhattacharya, a resident of IA block, said he had stepped out to buy his daily groceries but found the market gate closed. “I was surprised as there had been no announcement,” he said.

The decision to keep the markets open by rotation was taken at a meeting of civic officials on Wednesday, where most councillors said the system should also be tried out in the other areas under the Bidhannagar Municipal Corporation, such as Kestopur, Baguiati, Teghoria and parts of Rajarhat.

Covid-19 cases in the Bidhannagar Municipal Corporation area rose to 755 on Thursday. Forty-nine fresh cases were reported on Thursday, the highest intra-day rise.

Several shopkeepers and their helpers from at least five markets — at EC block, the Purbachal Housing Complex, BD block, AE block and Baisakhi — have tested positive for the coronavirus, an official of the Bidhannagar Municipal Corporation said.

Mayor Krishna Chakraborty said the alternate-day system had become necessary as some residents and shopkeepers were ignoring the hygiene and social-distancing protocols.

“This will be first implemented in Salt Lake as it is a planned area. Most markets here are small and it’s easier for us to sanitise them. We will later extend this to the other markets under the corporation,” she said.

The civic body is collecting swab samples from shopkeepers and hawkers at the markets. One such camp was held on the first floor of BD market on Thursday morning.

Tea stalls and fast-food joints that had been attracting crowds will be kept shut in some blocks for the next seven days.

Tulsi Sinha Roy, councillor from Ward 40 under which the City Centre mall falls, said she had requested the tea-shop owners and hawkers to down their shutters for a few days.