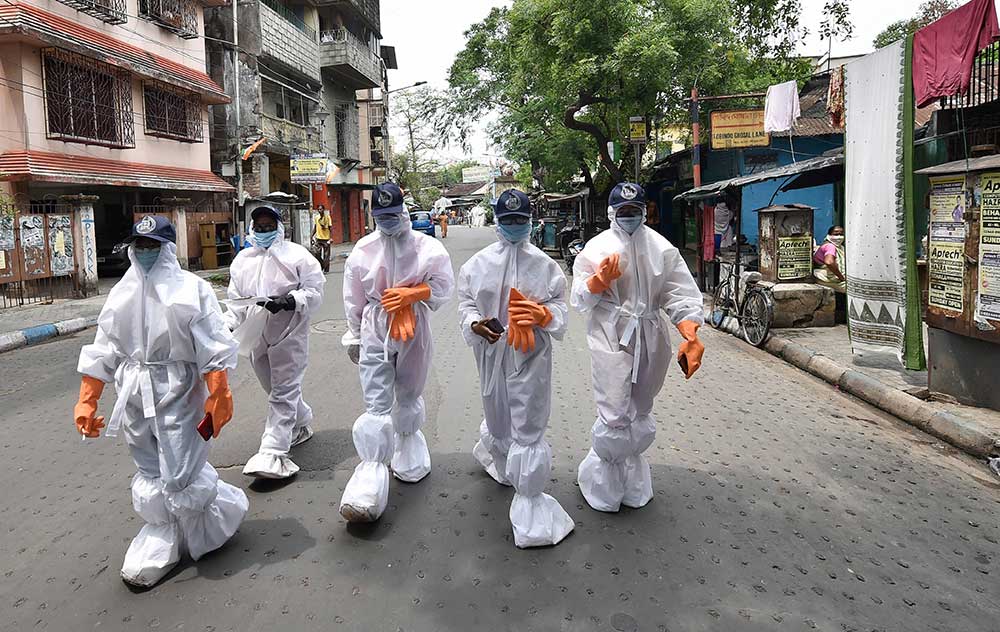 Two quarantine centres are being set up in New Town and in Howrah’s Baltikuri as the facilities close to Calcutta are filling up fast, sources in the Calcutta Municipal Corporation said.

An unfinished office building of Central Forensic Science Laboratory (CFSL) in New Town and a building under construction of ESI Hospital in Baltikuri, about 12km from Esplanade, will be used to quarantine contacts of Covid-19 patients.

The CMC has been asked to make the two facilities ready at the earliest. “The New Town facility will start with 200 beds in four or five days. Another 200 beds can be added. The facility in Baltikuri will take about 10 days to be ready,” said a CMC official.

The CFSL building in New Town as well as the ESI Hospital building in Baltikuri lack some basic amenities.

“We had to dig the road and lay a water line for about 300 metres so water reaches the CFSL building. There were no sewage and drainage lines, water pumps or internal water lines. All of these have to be built,” said the CMC official.

The quarantine centre at New Town’s NBCC Square, where a lot of Calcuttans were sent, is full. A Calcuttan whose father tested positive last week said health department officials had given him and his family the option to choose between a pay-and-use quarantine facility in Calcutta or a free government facility in Barasat.

When they asked why they were not being sent to NBCC Square, the officials cited lack of space there. A CMC official said some Calcuttans were given the option of going to a quarantine facility in Hooghly’s Uttarpara.

Officials said the government wanted the centres in places that are less crowded.

As the CMC has intensified its door-to-door screening in densely populated areas, especially in slums, they want to be ready with more quarantine centres where contacts of more positive cases could be sent. “We have pay-and-use facilities in the city, but not everyone can afford them. Those who cannot will need to be put up in government facilities,” an official said.