Lack of containment measures leads to rise in mosquito population 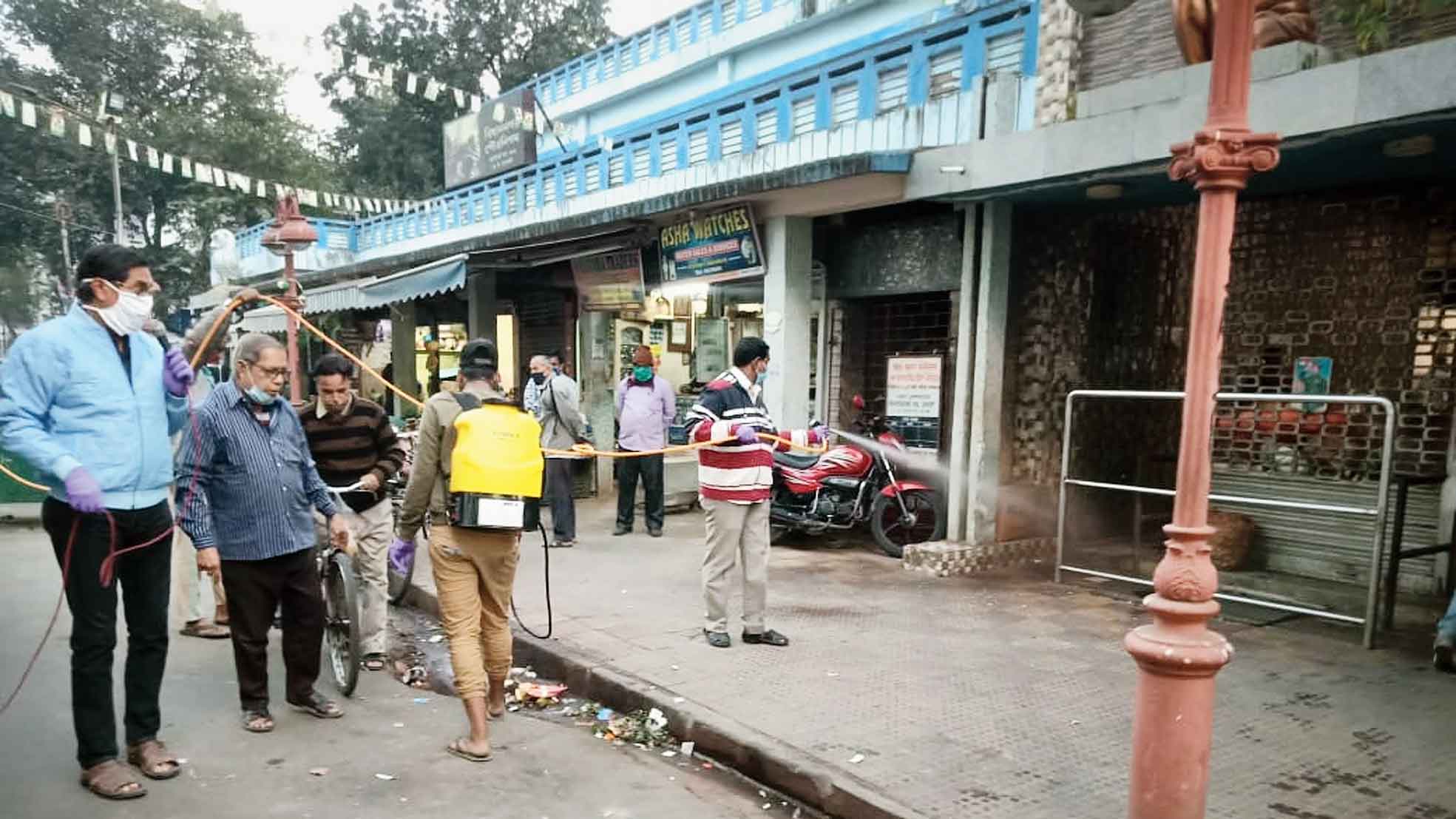 Residents of a Salt Lake block took upon themselves the task to spray larvicide in the lanes, gully pits and manholes on Sunday.

There has been a spurt in the number of mosquitoes across Salt Lake and several residents of AE Block, who undertook the larvicide drive during the day, said they were forced to keep their windows and doors shut at all times to keep the winged menace at bay.

The residents alleged that desperate calls for help to the Bidhannagar Municipal Corporation did not yield results.

Vector control teams of the corporation are supposed to go around each block in Salt Lake and spray larvicide every alternate week.

“The teams’ visits started getting erratic after the Covid-induced lockdown was announced. We don’t remember the last time we saw a vector control team in our block,” a resident said.

A group of dozen men and women from the block started spraying larvicide from in front of the AE Block community centre and covered the entire block on foot. The drive was organised by the AE Block Samaj Kalyan Sangha — the residents’ association of the block.

Tapas Sengupta, one of the organisers of the drive, said the number of mosquitoes had gone up exponentially over the past several months.

“They are invading our homes. Clouds of mosquitoes are following us wherever we go,” said Sengupta. “We bought larvicide and a spraying machine from the block association’s funds. We sprayed larvicide ourselves.”

Other than AE Block, the mosquito population has gone up several times in the BL, AJ, BJ, ED, IB, HA and HC blocks.

Many blocks off the Kestopur canal in sectors I and II and off the Eastern Drainage Channel in sector III have reported an increase in the number of mosquitoes over the past weeks.

“The canals have become breeding grounds of mosquitoes. The water in them has turned stagnant and people dump garbage along the banks,” said Saptadipa Mukherjee, a homemaker from AD Block, whose house overlooks the canal.

A resident of BC Block said they had not seen civic workers spray larvicide before or after Durga Puja. “They are not spraying larvicide in the block. The number of mosquitoes has gone up manifold in our block. This has created a scare as several residents are already down with Covid-19,” said Nirmal Dasgupta, a resident of the block.

A civic official said many contractual labourers who were members of vector control teams went home when the lockdown was imposed. A large number of them are yet to return. “Many have not come back as they are still afraid. We are managing with a smaller workforce,” the official said, when asked about residents’ complaint that larvicide was not being sprayed.

On Sunday, Metro saw garbage dumped near City Centre, CGO Complex and on empty plots. Piles of garbage were seen along the banks of the Kestopur canal and mosquitoes were buzzing over the water in the Eastern Drainage Channel.

Public health experts say objects where water can accumulate should not be carelessly thrown around because they serve as mosquito breeding grounds.

The Aedes aegypti mosquito, which spreads the dengue virus, can breed in a coin-sized pool of water.

An official of the Salt Lake civic body said they had been spraying larvicide and conducting door-to-door dengue surveys.

“We are facing the twin challenges of Covid and dengue. We are trying our best to ensure that it does not spiral out of control,” the official said.