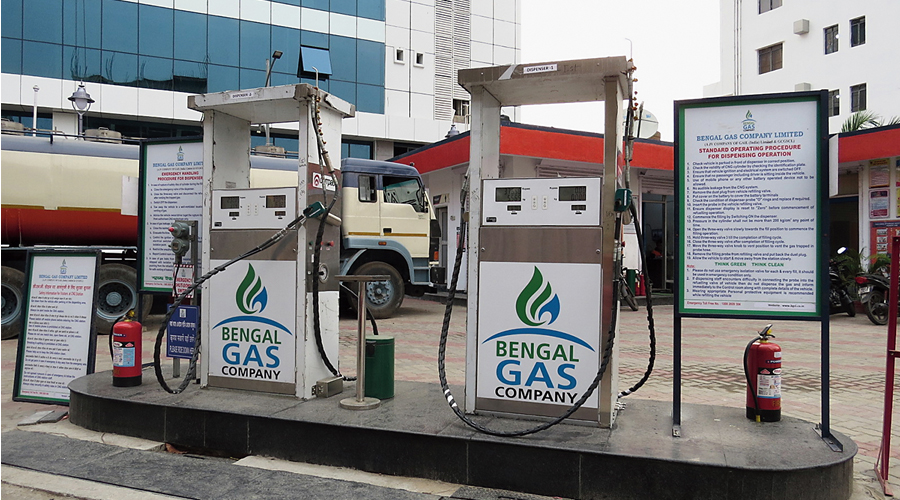 As petrol and diesel prices remain skyhigh, a new fuel has made its appearance in New Town. A Compressed Natural Gas (CNG) pump has opened behind Axis Mall.

“We opened on March 22. Several car makers have launched CNG variants of their models. There are three-four cars that come for refill per day,” said an official at Champion Hub, the gas station which so far dispensed only petrol and diesel.

CNG was selling at Rs 67.67 per kg on the day The Telegraph Salt Lake visited the petrol pump.

“This is our second pump after one in Garia which had opened on the same day,” said an official of Bengal Gas Company, which is a joint venture of GAIL (India) Limited and Greater Calcutta Gas Supply Corporation Limited, a state government entity.

Two more gas stations are set to open near Shapoorji Pallonji in Action Area III and at Chinar Park once all permissions are in place.

The company also plans to set up its own station opposite City Centre 2. “They have been given temporary permission to operate a pump there. In the long run, they are supposed to provide piped supply,” said a Hidco official.