According to figures from the civic body’s pumping stations, Behala was the wettest area, recording over 40mm of rainfall 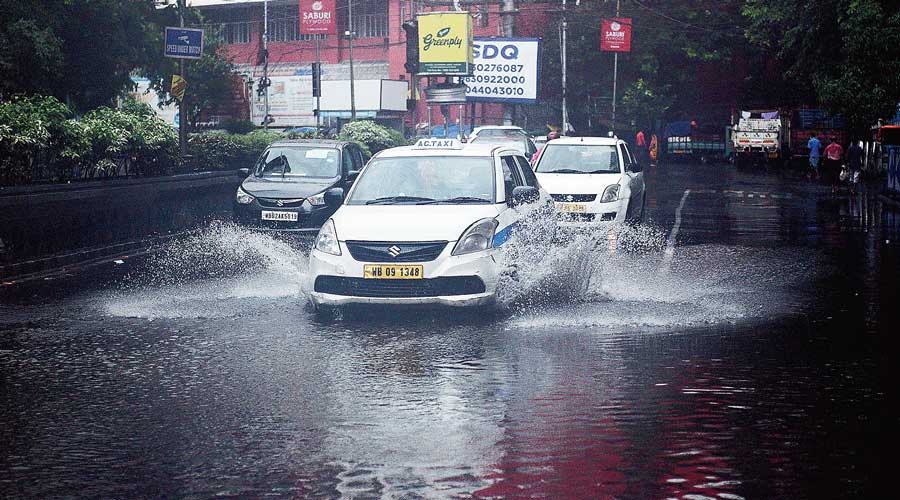 The city received uniform and widespread rain on Sunday, the first such spell after the monsoon’s tame arrival a day before.

The sun had come out brightly on Sunday morning and stayed overhead for the better part of the day. The clouds started arriving around forenoon but the build-up was slow. It was only around 3pm that the sky became reasonably gloomy and the sun disappeared behind the clouds.

The rain started soon and lasted for close to 30 minutes. According to figures from the civic body’s pumping stations, Behala was the wettest area, recording over 40mm of rain. The New Market area received around 30mm of rain, Cossipore 22mm and Dum Dum around 15mm. In Met parlance, more than 60mm of rain in 24 hours qualifies as heavy.

The Met office recorded around 30mm of rain in Alipore, compared to only 2mm on Saturday, when the monsoon reached Calcutta.

The system over the Bay of Bengal which guided the monsoon into south Bengal, sandwiched between two sets of winds, could not enter land on Saturday. Rain-bearing clouds from Bangladesh did reach Calcutta, only to be drifted further away towards Jharkhand.

“The system is still oscillating on the northwest Bay of Bengal, along the coasts of Odisha and Bengal. Today, it came slightly closer to the Bengal coast. A fair section of rain-bearing clouds from the Bay and Bangladesh emptied themselves over Calcutta and adjoining districts,” said a Met official.

“If the system does not enter land, it will dissipate on the sea itself. The weather in Calcutta is likely to be a mix of sun and cloud. When it is not raining and the sun is out, conditions are going to be extremely sweaty because of the high moisture content in the atmosphere,” he said.