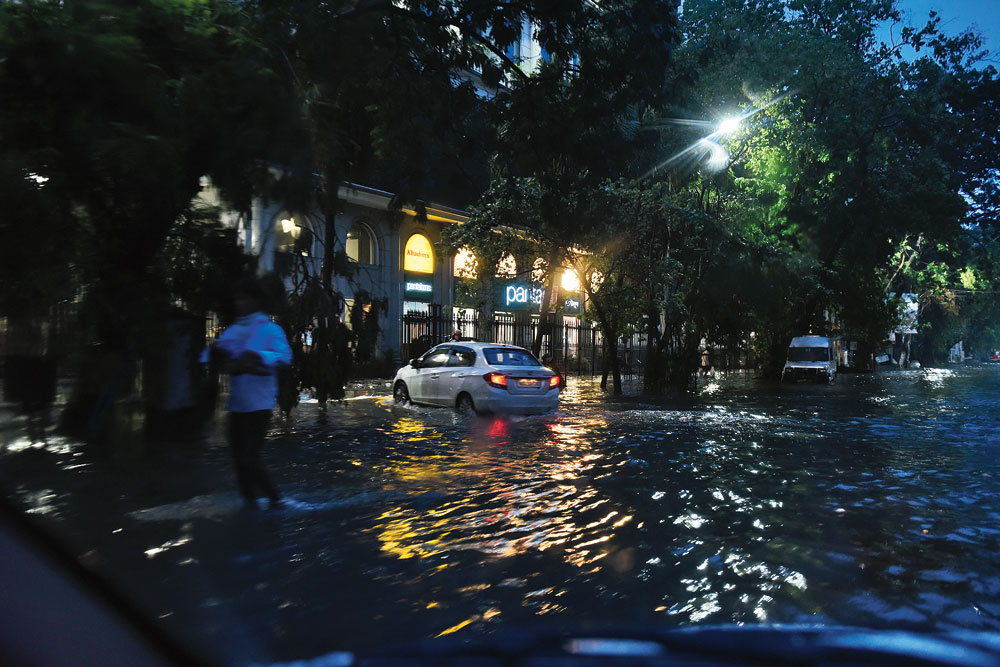 The waterlogged roads brought back memories of May 20 when Cyclone Amphan had wreaked havoc in the city.

A government official who lives on Ironside Road said he could see knee-deep water on the road in front from his balcony around 5pm, an hour after the rain started. Ballygunge Circular Road and other adjacent roads were flooded. 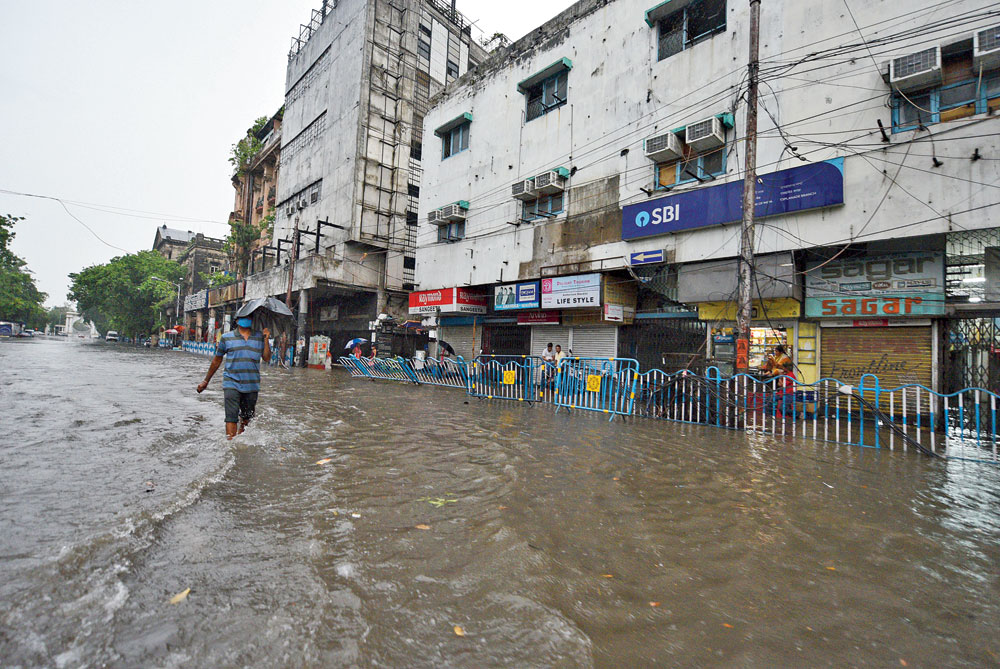 The Telegraph has reported more than once about the fear of catch pits getting choked by dead foliage and other debris left in the aftermath of the cyclone. The blocked pits led to the flooding on Sunday, a civic official said.

The Met office termed Sunday’s rain, triggered by tall thunderclouds that came from the northwest of the city, “pre-monsoon showers”.

The sky turned pitch dark by 4pm and the showers started soon after. Heavy rain lasted for around 30 minutes but a drizzle persisted for the next hour. 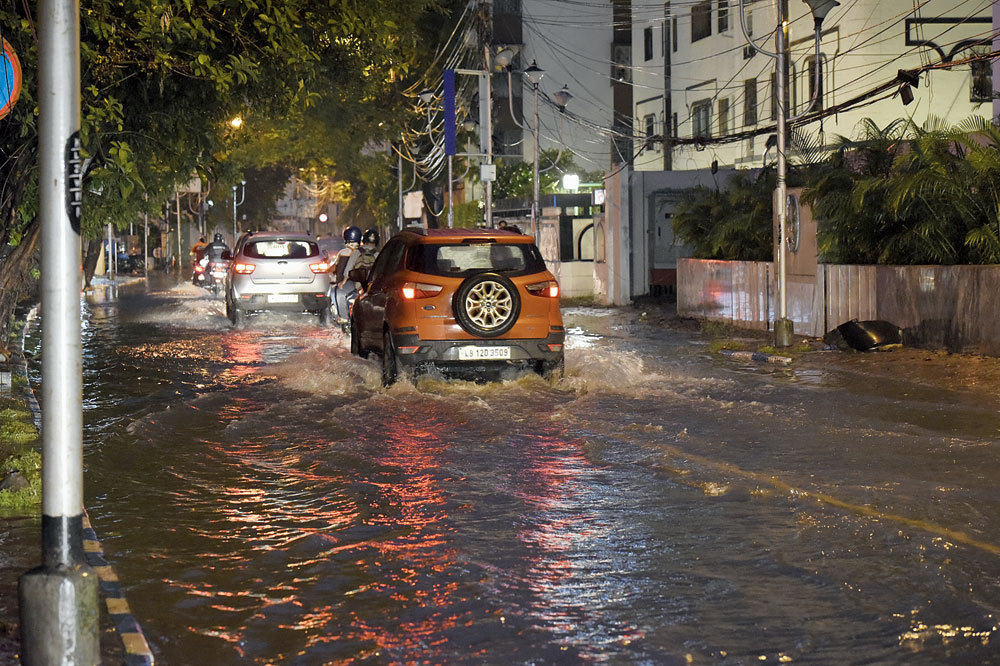 The Met office recorded 69mm of rain in Alipore.

The water pumping stations of the civic body recorded 96mm of rain in New Market, 84mm in Jodhpur Park, 77mm in Dhakuria and 80mm in Ballygunge.

The rain was relatively less in north and east Calcutta: 48mm in Dhapa, 28mm in Cossipore and 12mm in Dum Dum.

Engineers familiar with Calcutta’s drainage network design said twigs of chopped trees might have slipped through the gaps in the rainwater catch pits by the roadside and blocked the channel under ground. 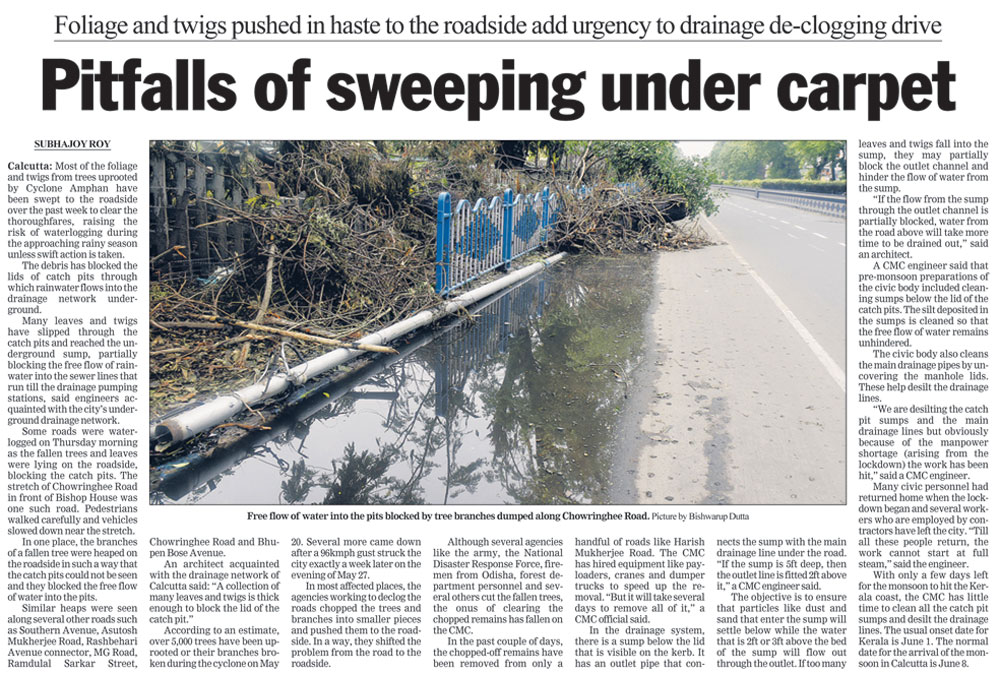 There is a sump under every rainwater catch pit that has a channel connecting it with the main drainage line under the road. “The way the roads were cleared and the debris remained by the roadside, there is every possibility of twigs blocking the mouth of the channel from the sump. This can lead to more flooding during the monsoon if not cleared immediately,” one such engineer said.

A CMC engineer said sumps could get clogged by leaves and twigs. But the civic body is cleaning the sumps, ahead of the monsoon, the engineer said.

The variation in the amount of rainfall was attributed to the location of the thunderclouds. “Large and strong shells had formed over parts of central and south Calcutta. Those areas received much more rain than places under small shells,” G.K. Das, director, India Meteorological Centre, Calcutta, said. 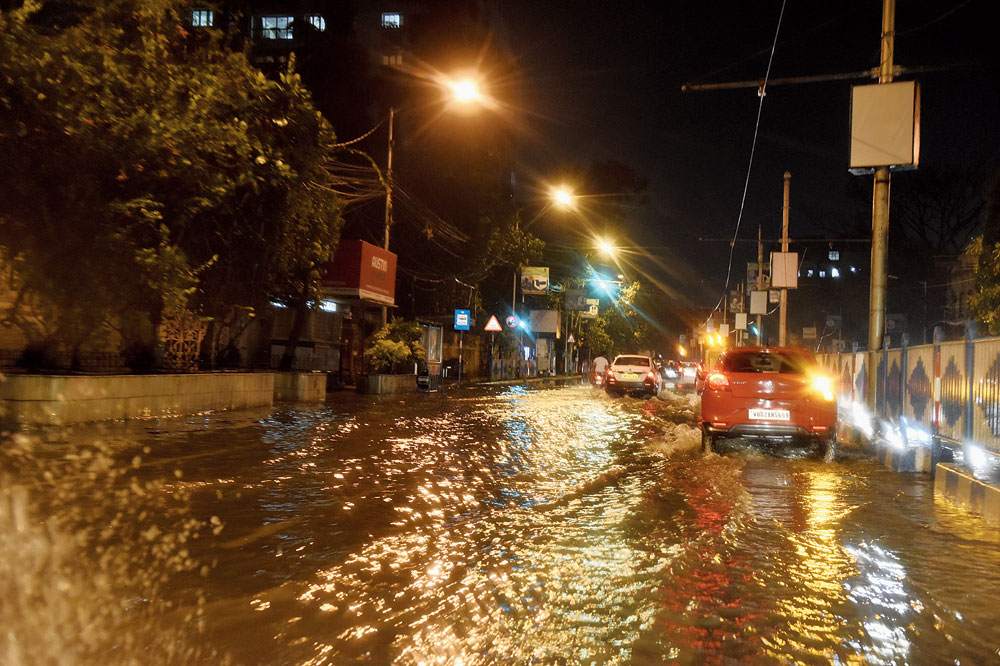 Tarak Singh, a member of the CMC’s board of administrators who is in charge of drainage, said the rain had been “massive” in many places. “That’s why some roads have been flooded. We are running all pumps and the water will be drained out by tonight,” he said on Sunday evening.

The AJC Bose Road flyover got flooded during the rain. A government engineer said flooding was possible if pipes that drain out rainwater were choked. They have to be cleaned periodically, a CMC engineer said.

The maximum temperature in Calcutta had been over the normal mark for the past few days. The humidity, too, was on the climb, leading to uncomfortable sweaty conditions. Around 2pm on Sunday, the temperature was 36 degrees Celsius. 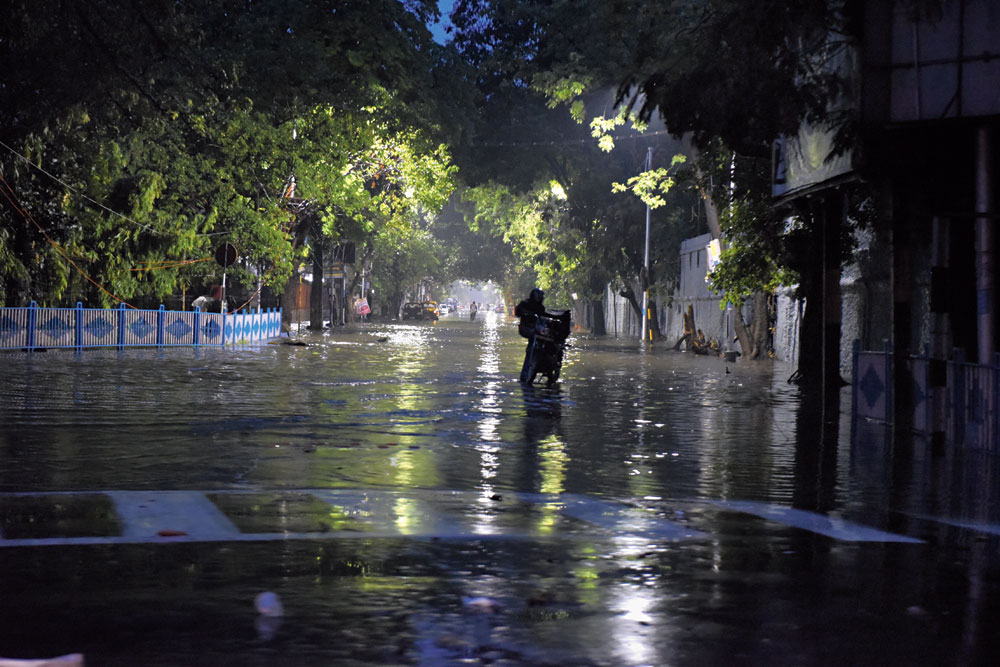 A cyclonic circulation over Eastern Uttar Pradesh and the pent up heat on the land led to the formation of the thunderclouds, said a Met official.

“The monsoon is round the corner, signalling the change in the direction of winds from northwesterly to southeasterly. The northwesterly winds are very weak now. That led to the large shells staying over Calcutta for a longer duration than usual. Otherwise, the winds would have pushed the cloud towards the Bay,” a Met official said.

The monsoon is expected to reach Calcutta by June 11 and 12, the Met office said on Sunday.