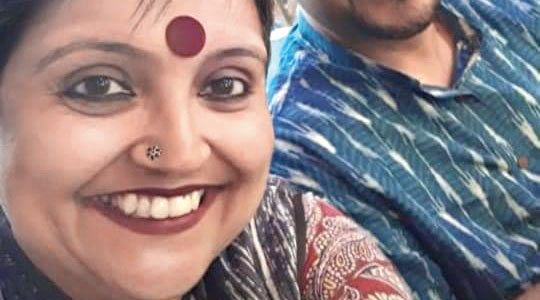 Chief minister Mamata Banerjee on Tuesday said the government would support Nilanjana Chatterjee, who suffered a fracture after being hit by a car while helping a woman who screamed from inside the vehicle on Saturday night.

“The woman who tried to save the other woman, got injured and has been admitted to Ruby (General Hospital) would get the support of the state government for all the medical expenses,” the chief minister announced at Nabanna.

“We are there to help her. In such cases, police will take immediate action,” she added.

Officials said Calcutta police commissioner Anuj Sharma called up Nilanjana to congratulate her and pass on the chief minister’s decision.

Nilanjana, who underwent surgery on Monday, was on her hospital bed when a police officer switched on the speaker of his phone and connected her to the commissioner.

Sharma said Calcutta police were proud of her, expressing the hope that others too would stand up like her if and when the need arose.

The commissioner also expressed his wish to meet the family. “Please join for a cup of tea once you are fit,” Sharma added.

Sharma spoke to Nilanjana’s husband Deep Satpati who thanked the commissioner for the police’s prompt action in getting them an ambulance. On Tuesday, the team that handles calls to Dial 100 was rewarded for its prompt response.