Wings at ease at Rabindra Sarobar

The state pollution control board will collect water samples from the lakes on Monday for tests, results will be available after a fortnight 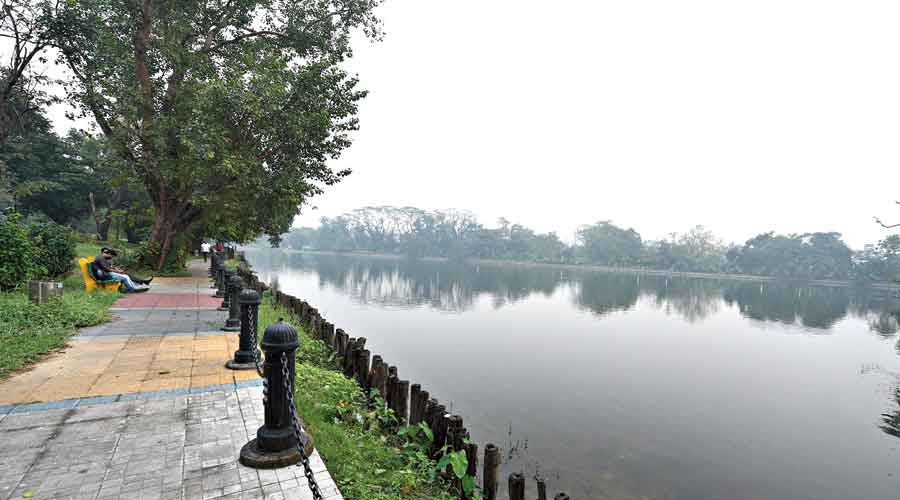 Rabindra Sarobar looked fresh on Saturday; its waters without any solid waste or layer of oil and birds chirping and flying around the place.

The state pollution control board will collect water samples from Rabindra Sarobar and Subhas Sarobar on Monday for tests. The results will be available after a fortnight, an official said.

A birdwatcher who visited Rabindra Sarobar on Saturday afternoon said he noticed 19 species of birds either flying or in their nests. “There were Cormorants, Paradise Flycatchers, Taiga Flycatchers — long-distance migratory birds — and Painted Storks,” Sudip Ghosh said.

Another birdwatcher said Painted Storks were a threatened Indian species and that they were seen in Rabindra Sarobar after many years.

Birdwatchers had earlier complained that birds used to leave the Sarobar after Chhath Puja celebrations every year and some of the species never returned.

Taiga Flycatcher is a long-distance migratory bird, with its origin in Russia, Ghosh said.

“The noise of music and firecrackers used to scare away the birds. Last year, a dead turtle was found floating in the waters after Chhath Puja. It was suspected that it died because of the polluted water,” a daily visitor said.

Thousands of Chhath Puja devotees used to enter both the complexes, which are home to multiple birds and other animals, to perform rituals every year.

The rituals include taking a dip in the waters, pouring milk into the water, and floating lamps. Oil spills from the lamps and form a film above the water, which is difficult to remove.

Besides, some people burst firecrackers and play loud music. “The oil impedes the mixing of atmospheric oxygen into the water, which is required by aquatic animals… it can severely affect aquatic animals,” an ecologist said.

This year, Chhath Puja was not performed in Rabindra Sarobar and Subhas Sarobar as the Supreme Court has upheld the high court’s ban on pujas at the two places.

Rajesh Kumar, the member secretary of West Bengal Pollution Control Board, said on Saturday “water samples would be collected from both Rabindra Sarobar and Subhas Sarobar on Monday”.

A board scientist said the analysis of the water samples would show the dissolved oxygen, the biological oxygen demand and the water’s coliform count, among other parameters.

“The dissolved oxygen (DO) will show if there is adequate presence of oxygen in the water for aquatic organisms. The biological oxygen demand (BOD) will show whether there is too much material in the water that will consume the dissolved oxygen to get decomposed. More the BOD, more is the threat of aquatic organisms finding it difficult to get oxygen from water,” the scientist said.

The coliform count suggests whether the water is fit to drink, the scientist said. “We had taken samples before Chhath Puja. The two samples can be compared to see if the water has been tampered with.”

Both Rabindra Sarobar and Subhas Sarobar, which were closed to visitors from Thursday midnight, reopened at 3pm on Saturday.