The authority had built more than 55 ghats in Kasba, Jadavpur, Anandapur, Nonadanga, Golf Green, and Patuli for Chhath festival 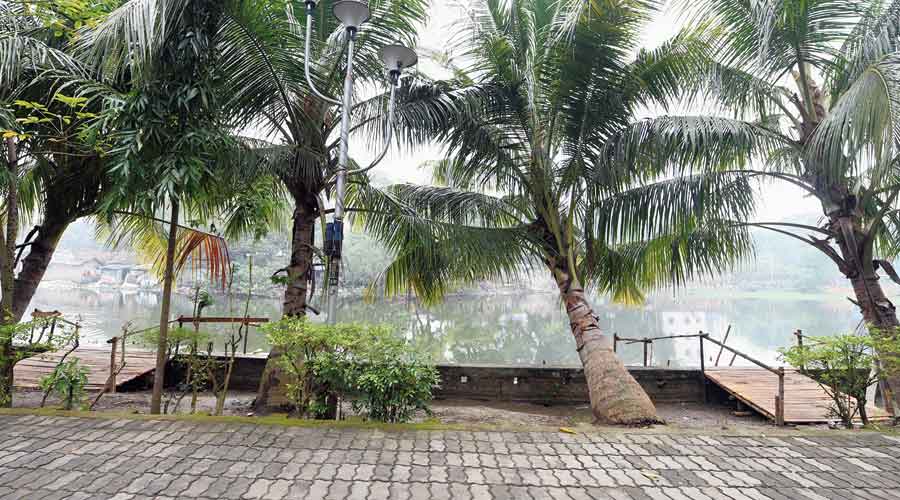 About 500 people have been engaged to clean the ghats in south and southeastern Calcutta that were built as alternatives to Rabindra Sarobar and Subhas Sarobar, Calcutta Metropolitan Development Authority (CMDA) officials said on Saturday.

The CMDA, custodian of the two Sarobars, had built more than 55 ghats in Kasba, Jadavpur, Anandapur, Nonadanga, Golf Green, and Patuli. Most of these ghats were temporary ones with wooden steps and a platform.

They were built for devotees to take a dip in the water or immerse the flowers and fruits in the water. A few permanent ghats with concrete steps going down into the water were built at Nonadanga, a CMDA official said.

“We have cleaned most of the ghats. Waste materials floating on the water or dumped on the land have been cleaned. We took the solid waste to the nearest compactor station of the CMC,” the official said. “There were 10-odd people cleaning each of the ghats. In some places like Jodhpur Park, the CMC has cleaned the place.”

More than 50,000 people had visited the ghats that had been built as alternatives to the two Sarobars. The turnout was more than double of last year, the official said.

Metro found two ghats along the Hooghly dirty on Saturday afternoon. Earthen pots, garlands, flowers and leaves were found floating in the water close to the banks.

At Babughat, the sides of the steps leading to the Hooghly were filled with plastic bags. The water near the bank had waste materials floating, mostly banana leaves and earthen containers.

At Baje Kadamtala ghat, too, plastic bags, plastic bottles, flowers and garlands were found floating in the water near the bank.

People from Tollygunge, Kankulia, Lake Gardens and Rashbehari used to go to Rabindra Sarobar in large numbers, a devotee said.

“In some of the water bodies built as alternatives to Rabindra Sarobar, we fitted nets surrounding the platform that was built for devotees. The nets did not allow anything left in the water to go out of the enclosed zone. This helped in the cleaning,” the official said. The nets served as a safety tool as no devotee could move beyond the nets, which marked the boundary of a zone that was 3.5-4ft deep.

The CMDA could not give any quantity of the volume or weight of waste (paper cups, plates, flowers and ropes) that had been cleaned from the ghats.

Metro visited two of the ghats at Jodhpur Park and close to Fortis Hospital in Anandapur on Saturday afternoon. Both the ghats looked reasonably clean. Some flowers were strewn near the gates of the Anandapur ghat.

At Jodhpur Park, the wooden platforms and steps were still to be dismantled. “The wooden structures will be removed by Sunday or Monday,” a CMDA official said.

On Friday, a CMDA official had said that the ghats at Jodhpur Park and near Fortis Hospital recorded the highest turnout.

The picture was similar on Saturday morning, too.

Chhath Puja rituals are performed at dusk and at dawn. “We started cleaning the ghats soon after all devotees had left. Our teams had been kept ready near the ghats,” an official said.