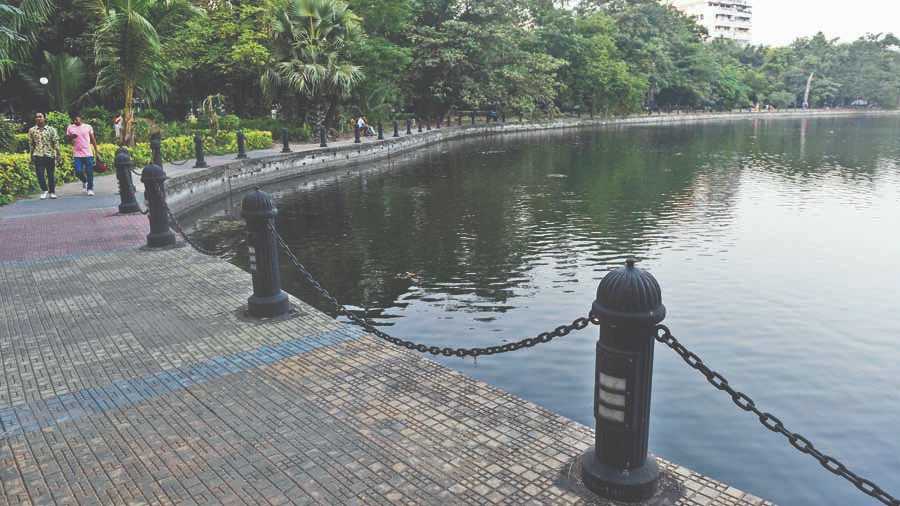 The Supreme Court on Monday deferred the hearing of the Calcutta Metropolitan Development Authority’s (CMDA) plea to allow Chhath Puja at Rabindra Sarobar to a date by when this year’s event will be over, lawyers representing the agency said.
“The court did not pass any order but listed the matter for hearing next Monday (November 23),” Rakesh Dwivedi, a lawyer appearing for the CMDA, said over the phone after the hearing. Chhath Puja will be held on November 20.
The apex court’s decision to schedule the hearing for November 23 means the National Green Tribunal’s 2017 order imposing a ban on all pujas in the Rabindra Sarobar complex will be in force when Chhath rituals will be performed this year.

“The bench before which the matter came up for hearing on Monday did not hear the matter the last time (on November 2). The bench said that since the previous bench had issued notice to the respondent, it (the previous bench) should hear the plea,” said Dwivedi.
The CMDA, the custodian of the south Calcutta water body and the adjoining gardens, has approached the Supreme Court with an appeal to allow Chhath Puja at the Sarobar. It had earlier approached the NGT with the plea but the tribunal rejected the petition without even hearing it.
Firhad Hakim, the state urban development minister and chairperson of the CMDA, told Metro on Monday evening that the state would comply with the NGT’s order. “We will abide by the order of the NGT. We will not make any arrangements for Chhath Puja at Rabindra Sarobar this year. The NGT’s order will be displayed outside Sarobar’s gates,” he said.

“We have made alternative ghats across the city. We will run a campaign on the alternative locations in the places from where Chhath devotees used to come to Sarobar.”
Asked if the government would deploy police to prevent a recurrence of last year’s events, Hakim said: “That is for the police to decide. It does not come under my department.”

Last year, devotees had broken the locks of Sarobar’s gates and entered the compound to perform the rituals on the banks of the water body, while the police allegedly looked the other way. Environment activists had said the administration acted like an ally of the violators.

It remains to be seen whether the administration again allows violation of the tribunal’s order. “If the state government does not comply with the order of the NGT this year, too, it will be a very serious insult to the highest court of the country,” said environment activist Subhas Datta, the respondent in the CMDA’s petition. Datta was served a notice by the Supreme Court as respondent when the CMDA’s petition first came up before it on November 2.

“The bench said on Monday that the NGT’s order will remain in force when my counsel asked if the court not issuing any interim order meant the tribunal’s order remains effective,” said Datta, whose petition against allowing football matches under floodlights at the Rabindra Sarobar stadium triggered a series of developments, after which the NGT ordered a ban on all pujas, social events and picnics at Rabindra Sarobar in 2017.

“We are not against Chhath Puja, but we are against any puja being held at Sarobar,” said Sumita Banerjee, a regular at Rabindra Sarobar. Environmentalists opposing Chhath Puja at the Sarobar have said the puja rituals affect the ecology of the place. “Every year we notice migratory birds leave the Sarobar immediately after Chhath Puja. Most of them do not return,” said a birdwatcher.

Birdwatchers this year recorded more than 100 bird species at the Sarobar. Another environmentalist said devotees float lamps on the water while performing the rituals. The oil and ghee of the lamps spill on the water and affect aquatic lives.