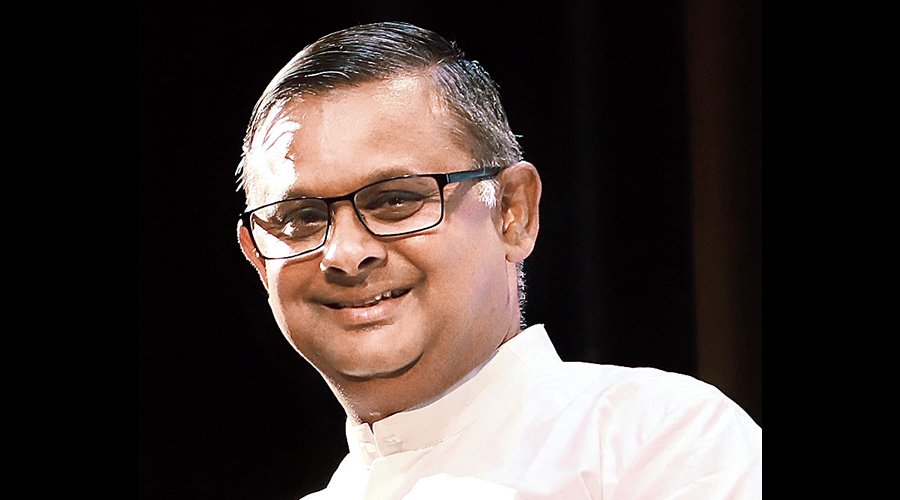 Rev Fr Dominic Savio SJ, the principal of St Xavier’s College (Autonomous), writes  on St Ignatius of Loyola  and the service rendered by the Society of Jesus, which he had founded. The feast of St Ignatius is celebrated on July 31 and 2021 is the 500th year of the Cannonball Moment in his life.

July 31 every year marks the celebration of the Feast of St Ignatius of Loyola, the founder of the Society of Jesus.

Ignatius was reared to be a courtier in the service of the Crown. His desire was to win fame as a soldier of great valour. Sensual, proud, belligerent, he was the typical self-seeking young man of his time. Then an incident took place that transformed his life totally. It is known as the Cannonball Moment and it took place on May 20, 1521.

This year, we are celebrating the Ignatian Year to commemorate the 500th year of the Cannonball Moment in the life of St Ignatius.

The Spanish and the French were fighting for the control of Pamplona in north-eastern Spain. Ignatius led a band of Spanish troops who were ready to surrender. Only Ignatius continued to hold off the French until a French cannonball shattered his right leg.

With his fall, the battle ended. The Spanish troops surrendered. But the French army, admiring the valour of Ignatius, instead of imprisoning him, carried him back to his castle in Loyola about 100km away. There his condition worsened. His leg had been set wrong. He had his leg broken and set again. The surgery was excruciating but he endured it.

During his convalescence, he wanted books to read, but instead of the chivalric romances he had asked for, he was given the Life of Christ and Lives of Saints. Overcoming his initial dislike, he was overwhelmed by the exploits of the Saints and thought they were worth imitating. This was the beginning of his transformation.

He decided not to serve earthly kings any more, but to serve only the Heavenly King, as he felt God’s immense and unconditional love transforming him. God gave him a New Vision. Instead of self-seeking, he decided to seek what God wanted of him. It was to love and serve God in all things and in all persons. His values, thoughts and actions changed. This was his real transformation and it eventually led to the birth of the Society of Jesus or the Jesuits in 1540.

Over the next 20 years, from 1521, Ignatius went through many deep spiritual experiences as he tried to serve and bring people closer to God. He spent about 11 years in Spain and Paris studying to become a priest. At the University of Paris he had six committed companions who, motivated by him, were also deeply transformed to love and serve God. With them, Ignatius formed The Society of Jesus (S.J.) or the Jesuits in 1540.

Himself transformed, Ignatius transformed many others who in turn brought immense spiritual transformation throughout Europe and Asia of that time. One of them was Francis Xavier. He came to India in 1542 and preached the message to love and serve God in our brothers and sisters. At great personal risk, he also zealously carried this message to South-east Asia and Japan. His sacred body is now preserved in the Church of Bom Jesus in Goa.

For the last 480 years, the Jesuits, their associates and their students have continued this mission of service to all. It is sustained through our commitment to social uplift and justice for the downtrodden, the poor, the landless and displaced, the marginalised, and to spirituality that brings people closer to Nature and to God.

The success of the mission has been achieved in many ways, most importantly, through Education with emphasis on Education for the poor, the oppressed and indigenous peoples as that has always played a pivotal role in the transformation of society. Jesuits are the first religious group to operate schools, colleges and universities as a principal and distinct service. When Ignatius died in 1556, the Jesuits were already operating a network of 74 schools and colleges on three continents.

Today, our service to society through Education spans the globe. In India, the Jesuits run 839 Schools, and 61 Higher Education Institutions, including universities, autonomous and non-autonomous colleges, research centres, management institutes, BEd colleges, engineering and law colleges, and colleges of theology and philosophy.

As we grow into the future, we look back for inspiration. That is why on this 500th year of commemoration of that Transforming Cannonball Moment, we go back to the Vision given by God to Ignatius to love and serve Him in all. Re-living that moment will revive, inspire and challenge us to love and serve all in this Ignatian year so that we too will see all persons and things new in God, as Ignatius did.

This Jesuit love and service for God in all brothers and sisters has now been prioritised in the New Vision which focuses on four spheres, called Universal Apostolic Preferences: to care for Mother Earth; to accompany the young and students in the creation of a hope-filled future; to walk with the poor, marginalised, displaced, in a mission of reconciliation and justice; to transform people through spiritual means, so that we all love and serve God in our brothers and sisters.

In this context, this is what our Superior General Rev Father Arturo Sosa, S.J. has said:

“This Ignatian year offers us a great opportunity. It is a call to allow God to work on our Transformation. We ask for the grace to be renewed by God. We wish to discover a new enthusiasm inside ourselves; a new life, a new way to follow God. That is why our theme for the year: to see all things new in God.

The whole year we will be guided by this New Vision, the Four  Universal Apostolic Preferences,  for transformation for each  of us, for our communities, our institutions and all our works. We ask for God’s Grace of a real change in our day to day life-mission.

I specially address our companions and associates in this mission, the ordinary people, religious and those from other beliefs or human convictions, who participate in the same struggle. Many of you feel a deep commitment to this inspiration. I thank God for that grace and I thank each of you for your enthusiasm and closeness.

To young people and students I say: We want to learn to accompany you. We want to learn from you. Each one of you is unique, born with a special purpose. Ignatius struggled to discover the meaning of his life. In him you can find inspiration as you struggle to make your life meaningful and as you ask how you can contribute to building a better world, where the dignity of people is respected and where you live in a joy-filled harmony with nature. I express our desire to accompany you through what we do and most especially through who we are — people willing to share our time, our dreams.”

With this new vision in this Ignatian year, let us usher in a new era, inspired by St Ignatius, St Francis Xavier and all the other Jesuits who set the path before us, holding hands with all persons of goodwill so as to love and serve God in all.