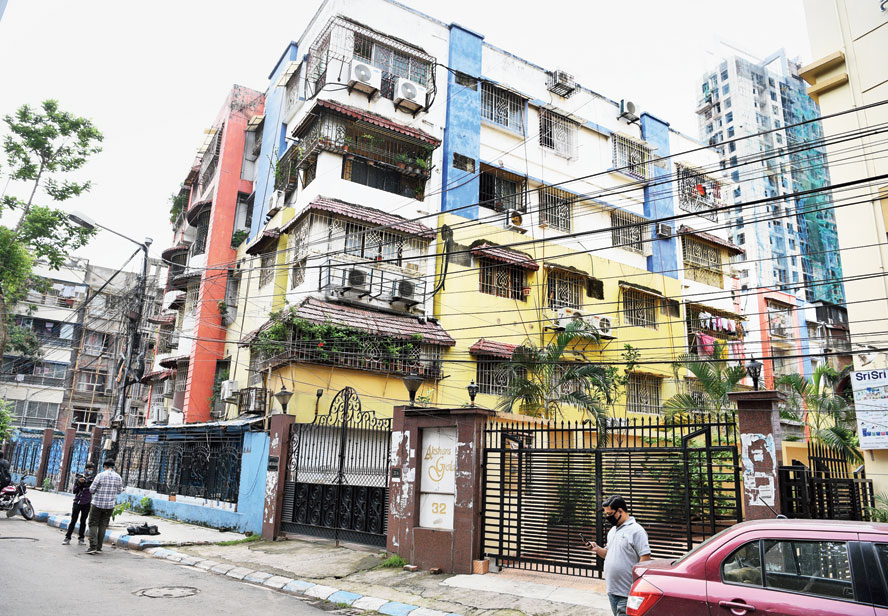 Amit Agarwal, the 42-year-old chartered accountant who allegedly killed his estranged wife in Bangalore and then his mother-in-law in Calcutta hours later before committing suicide, has left behind a 67-page purported suicide note titled: “Mahabharata of my life”, police sources said.

The printed note, found in the Kankurgachhi apartment of his in-laws, suggests the accused had been trying over the past two years to find a way to kill wife Shilpi, also a chartered accountant, and in-laws.

The couple, who were living separately in Bangalore, were going through divorce proceedings and their 10-year-old son was with his mother.

“In the note, Amit has written about his journey across Bihar, Jharkhand and Tamil Nadu looking for the accurate way of killing his estranged wife. He had contemplated poisoning, snake bite and accident, too,” said an officer who is part of the probe.

The note mentions that Amit wanted to leave the document with one of his friends but finally decided against it as he could not trust any of them.

Police officers said they learnt from both families that Amit was a domineering husband and he was incensed that Shilpi had moved out with their child after filing a divorce suit against him.

“The two had met at a CA institute in Calcutta. They had a two-year courtship before getting married in 2006. Both were successful profession-ally and had been shifting across Hyderabad, Bangalore and Calcutta, pursuing their careers,” a senior officer said.

“Shilpi was apparently unable to cope with him because of his dominating nature.”

Shilpi’s father Subhas Dhandhania, who could run out of the apartment after his wife was shot dead because Amit’s gun had jammed, and family members have told the police that the accused was from a “humble background” and was jealous of Shilpi because of her professional success and also the fact that she had got a job before him.

The Telegraph could not contact Amit’s family members to verify the allegations.

The couple had separated two years ago and Amit had permission to meet his son, who was in his mother’s custody, once a week. Amit had last met his son on Saturday and took him out.

“He kept his son somewhere and came back to Shilpi’s apartment at Mahadevpura in Whitefield and murdered her on Sunday or early on Monday. He went back to his son and told him that his mother had left for Calcutta and they, too, should move,” said an officer.

The child had no inkling till Monday night that both his parents were dead.

After reaching Calcutta on an afternoon flight, Agarwal asked another person (whose identity the police did not divulge) to drop the boy at his elder brother’s house in Dum Dum. He then left for his in-laws’ flat in a cab,

Bangalore police found Shilpi’s body in the Mahadevpura apartment after getting an alert from the Calcutta police on Monday evening.

On Tuesday, the Bangalore police said they were waiting for someone from her family to claim the body before conducting the post-mortem.

The deputy commissioner of police, Whitefield, M.N. Anuchet, told The Telegraph on Tuesday that the body had been shifted to a government hospital’s mortuary.

“We have been told that her father and brother would come to repatriate the body to Calcutta,” the officer said, adding the post-mortem would be conducted on Wednesday.

Shilpi’s body was found in a sitting position on the couch in the living room of the apartment when the Bangalore police broke in on Monday evening.