The end of April is likely to be wetter, the Met office said 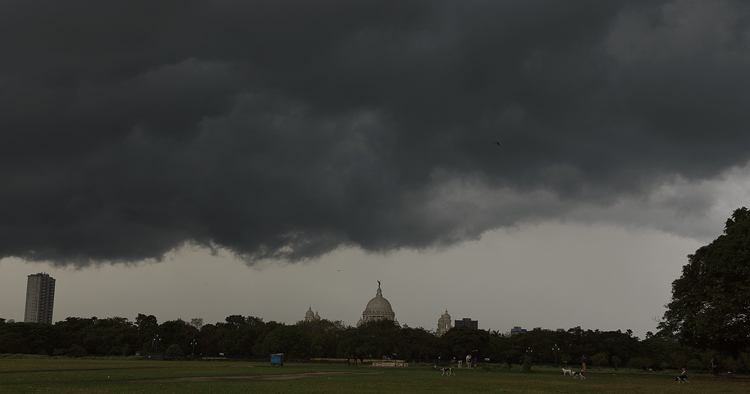 The city received multiple spells of rain, including a sharp spell, during the day.

The end of April is likely to be wetter, the Met office said.

Dhapa and adjacent areas off the EM Bypass were the wettest, receiving 50mm of rain till 6pm.

“A cyclonic circulation over Bangladesh moved towards north Bengal. Another cyclonic circulation is hovering above Chhattisgarh and its adjoining areas. The two systems, along with a high-pressure area over the Bay of Bengal, are triggering significant incursion of moisture-laden winds from sea to land,” said G.K. Das, director, India Meteorological Department, Calcutta.

Under the influence of these systems, moderate rainfall is expected across Bengal over the next four to five days. If a cyclonic circulation near the Andaman Sea gains steam and heads towards Myanmar, the winds might start flowing from land to sea.