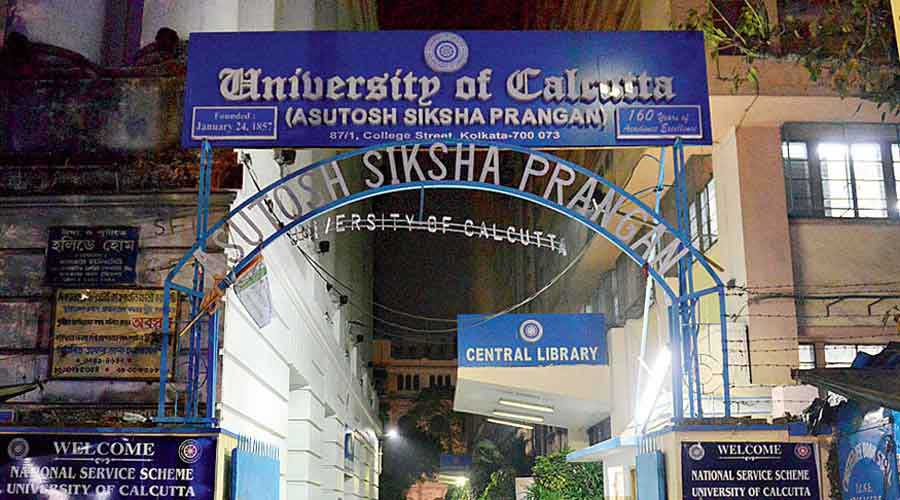 Many students who lack Internet connectivity at home have rented rooms or temporarily shifted to relatives’ houses to write the final-year undergraduate and postgraduate exams of Calcutta University, which began on Thursday.

The reason why the students had to shift out of their homes is the UGC’s order that the answer scripts will have to be uploaded within half an hour of the completion of the day’s exam. The temporary accommodations are close to the examinees’ respective colleges and they can submit the scripts to the institutions minutes after the end of the test.

Since tests cannot be held in colleges amid the Covid pandemic, the university decided that the colleges would upload the questions on their websites.

In places like Sagar and Kakdwip in South 24-Parganas, many students had to cross several rivers to bridge the digital divide, a yawning gap staring at the face of educational institutions during the pandemic like never before.

Students of Sundarban Mahavidyalaya (Kakdwip) and Sagar Mahavidyalaya —over 105km away from College Street, the headquarters of CU — crossed the Kalnagini, Muri Ganga and Baratala rivers to write the paper. They plan to do so on every exam day.

“After writing the two-hour test, they handed us the scripts and took a ride back home on mechanised boats,” said Prabir Kumar Dash, the teacher-in-charge of Sundarban Mahavidyalaya.

Many of the examinees are writing the papers at relatives’ houses, while others have rented rooms, individually or in groups. The rent for one such room is Rs 400 for the duration of the exams, which will continue till October 8.

“Many of their parents earn close to Rs 3,000 a month. A part of it is now going into paying the rent,” said a college teacher.

Why could they not write the test and upload scanned copies of the answer scripts from home? “Many of the students are children of fishermen or peasants. They cannot afford a smartphone. Their financial condition has worsened after Amphan. Besides, the storm has severely disrupted telephone networks in these areas,” teacher-in-charge Dash said.

Some of the students, who submitted the scripts offline at Sundarban Mahavidyalaya, had to visit the college to take print-outs of question papers before the start of exam.

At Sagar Mahavidyalaya, which is on Sagar Island, more than 100 of the 336 students went to the college to submit answer scripts.

Teacher-in-charge Prabir Kumar Khatua said they had made separate counters for receiving the scripts offline. “These students cannot afford smartphones. The connectivity in these areas is not robust. So they thought it would be safer to rent a room or take shelter at relative’s houses closer to the college in order to be able to submit the scripts,” said Khatua.

The tale of two colleges highlights how bad the situation would be for students once regular classes start on digital platforms. The first-year classes could begin in December on online mode.