Downpour causes waterlogging across several parts of the city

Large parts of Kasba, Mukundapur and New Garia, among other pockets, were inundated 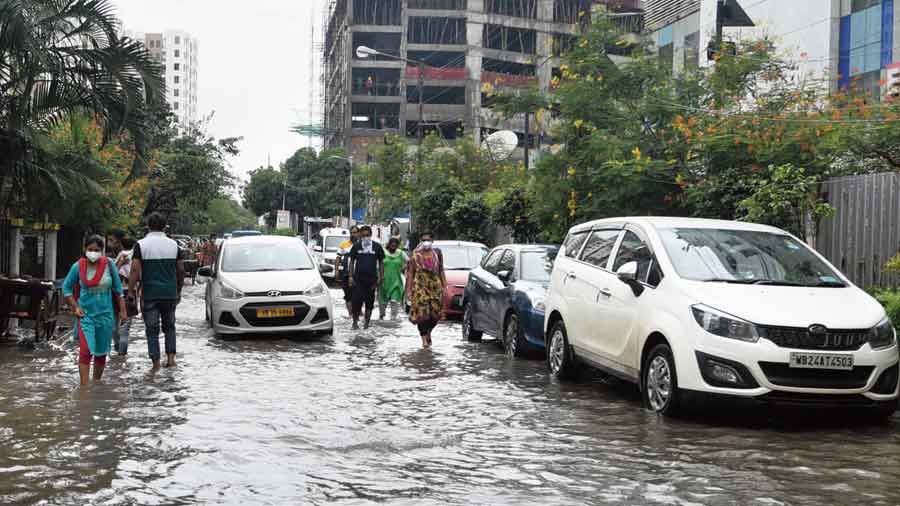 Downpour over prolonged periods caused waterlogging across several parts of Calcutta and some of the busiest hospitals in the eastern part of the city once again turned into islands as roads leading to them went under water on Thursday.

Large parts of Kasba, Mukundapur and New Garia, among other pockets, were inundated.

The roads outside AMRI’s Mukundapur unit and an eye hospital opposite Avidipta I housing complex, and the one leading to the RN Tagore International Institute of Cardiac Sciences (RTIICS) were under ankle-deep water.

Patients or their families who came walking to AMRI’s gate had to wade through ankle-deep water. The medicine shops around the hospital, too, had water outside them. 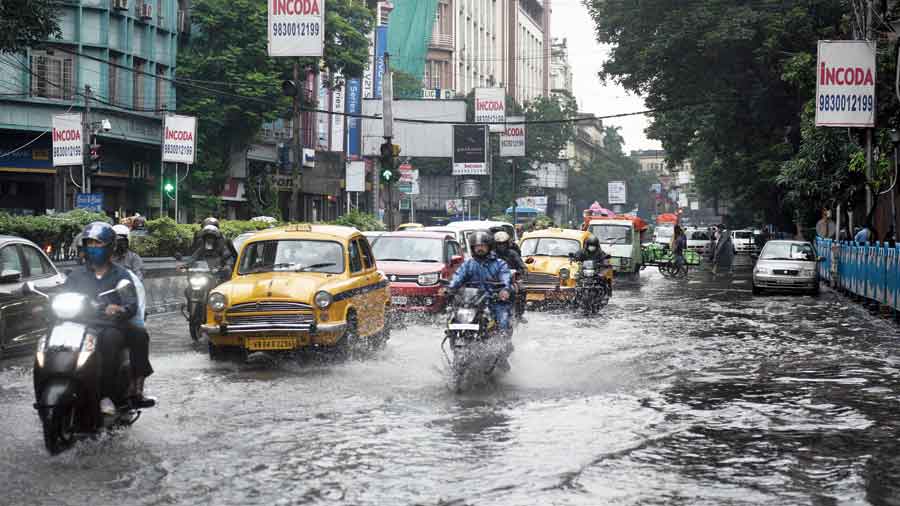 Vehicles on a flooded stretch of CR Avenue around noon on Thursday.
Gautam Bose

An official of AMRI’s Mukundapur unit said only about half of those who had booked slots for Covid jabs on Thursday turned up. The footfall at the outdoor clinic, too, was less than usual. “This is a routine affair outside our hospital. The water takes five to six hours to recede after rain stops completely,” said the official.

The scene was the same outside Netralayam, an eye hospital on Mukundapur Main Road, stretches of which were under knee-deep water. Those who had to walk the last stretch on their way to the hospital were most inconvenienced.

The same was the fate of the patients and their families visiting the RTIICS. “Fortunately, there was no water inside the campus this time, unlike last time when the volume of rain was very high,” said an official of the hospital.

Metro has earlier reported about the poor drainage system of the area, where some of the busiest private hospitals of the city are located. The areas around the hospitals get waterlogged multiple times every monsoon.

The problem has persisted for over a decade but the civic body has not been able to find a solution yet. 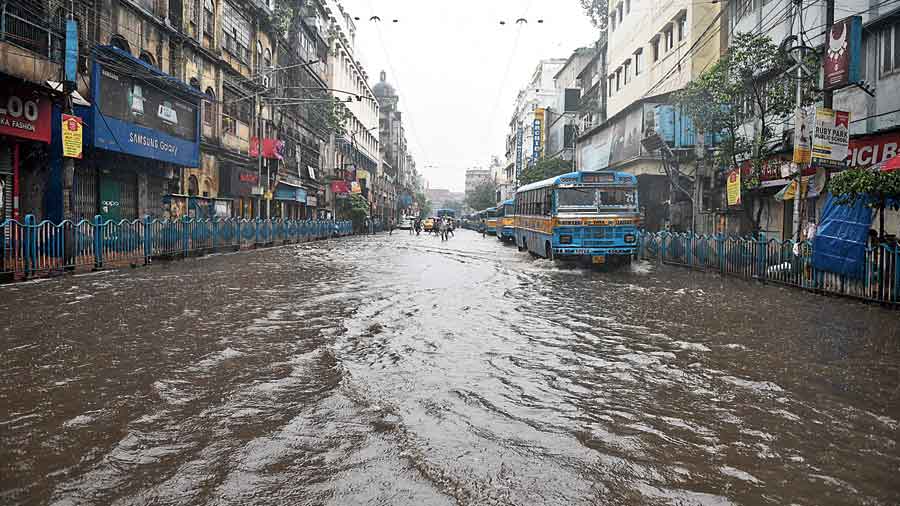 Almost relentless rain since Wednesday night has flooded several parts of Calcutta, damaged homes and led to at least one death from suspected electrocution. At least six south Bengal districts and the Haldia and Kharagpur townships are affected. Picture shows the flooded MG Road in Calcutta.
Gautam Bose

An engineer of the Calcutta Municipal Corporation (CMC) said high volume of rain was the primary reason for waterlogging in Mukundpur and elsewhere in the city.

“It rained almost continuously since Wednesday night. That has led to waterlogging. But the problem is less severe than last time,” said the engineer of the civic drainage department.

Many homes in Kasba, Mukundapur and New Garia were flooded and water seeped into the underground reservoirs of some homes.

The sluice gates that allow water from parts of central and north Calcutta to drain out into the Hooghly could not be opened for nearly five hours in the afternoon because of high tide in the river.

The CMC was expecting water to recede fast after the sluice gates were opened around 6pm. But heavy rain in many pockets since the evening made the prospect of water receding fast bleak.

“If it rains heavily overnight, waterlogging will be inevitable in some more areas,” said a CMC engineer.