Cageful of bulbuls rescued from car on Durgapur Expressway 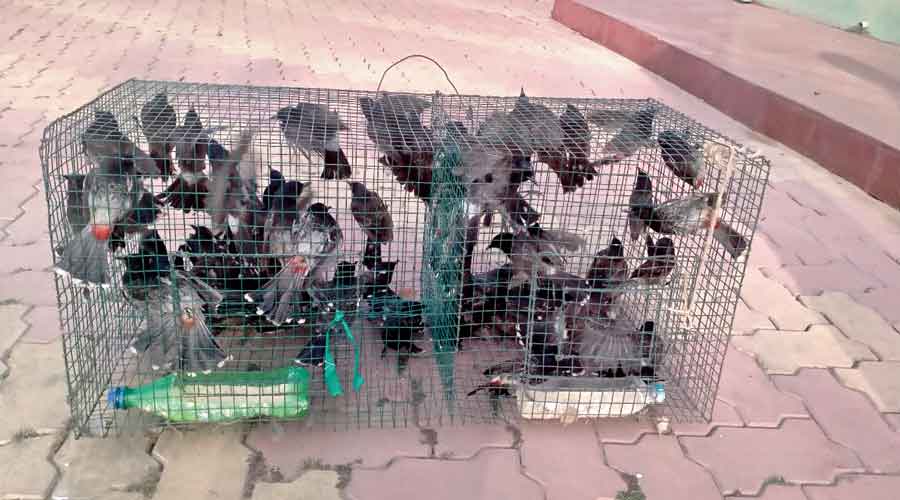 More than 60 red-vented bulbuls that were being allegedly smuggled to Allahabad were rescued by the forest department on Durgapur Expressway.

The birds were crammed inside a cage that was covered with a piece of cloth and hidden inside the boot of a car, a forest department official said.

The red-vented bulbul (Pycnonotus cafer) is a member of the bulbul family and is protected under Schedule IV of The Indian Wildlife Act, 1972. It is a resident bird that breeds across the country and is also found in Sri Lanka, Myanmar and Tibet.

“We gathered the intelligence about the birds that were being smuggled and worked in close coordination with the Durgapur forest range office. A team of foresters intercepted the car on the highway,” said Agni Mitra, the regional deputy director of the wildlife crime control bureau.

The three men in the car, who had started their journey from Ashoknagar in North 24-Parganas on their way to Durgapur, have been arrested.

The birds have been kept under observation and will be released back into the wild.