A large number of private buses was visible on the roads since early morning across the city, according to commuters 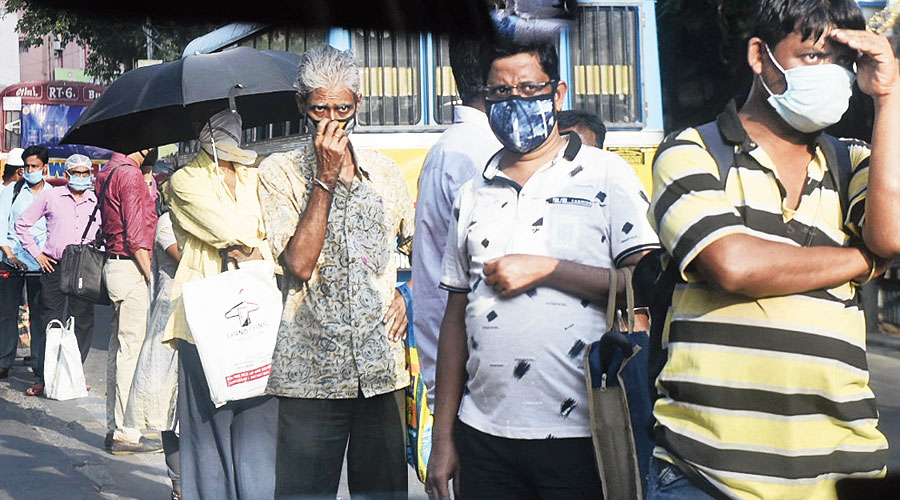 More than 3,000 private buses hit the streets on Thursday, following an assurance from the transport department that the operators’ demand for a fare hike would again be placed before the chief minister.

On Wednesday, the number was less than 900.

“A deadlock that had snowballed into a crisis over the past few days seems to be heading towards a resolution from today. We believe the government and the bus operators can find a common ground through talks,” said Rahul Chatterjee, of the All Bengal Bus Minibus Samanay Samity. “The more we interact, the easier it will be to iron out the differences.”

Private bus operators have been demanding a fare hike to offset losses inflicted by lack of adequate passengers because of the pandemic and a steep rise in the diesel price. The government has consistently been rejecting the demand.

On Wednesday, officials of the transport department had tried to placate private bus operators by offering to frequently interact with them on their demands and placing the demands again for the chief minister’s consideration.

Commuters said a large number of private buses were visible on the roads since early morning in Garia, Bhowanipore, Maniktala, Kamarhati and Dunlop, among other places.

In Barasat, 320 buses on 27 routes rolled out of the Titumir Bus Stand during the morning rush hour.

The usual crowd of passengers waiting for a bus at the Ruby and Kamalgazi crossings was missing when The Telegraph visited the spots late on Thursday morning.

“We conveyed our demand for a fare revision to the transport department today,” said Tapan Bandyopadhayay, of the Joint Council of Bus Syndicate. “Hopefully, the government will realise why operators had been withdrawing their buses following the rise in the diesel price.”

Several operators said they had brought back most of their drivers and conductors who had left for home after the lockdown started and would deploy their full fleet from Friday.

“The footfall on the roads has gone down. There are no passengers at Howrah and Sealdah stations and the price of a litre of diesel has crossed Rs 75. How will bus owners survive?” wondered the owner of a bus on route 230.

Transport department officials said they would prepare a report based on the demands of private bus operators and send it to the transport minister.