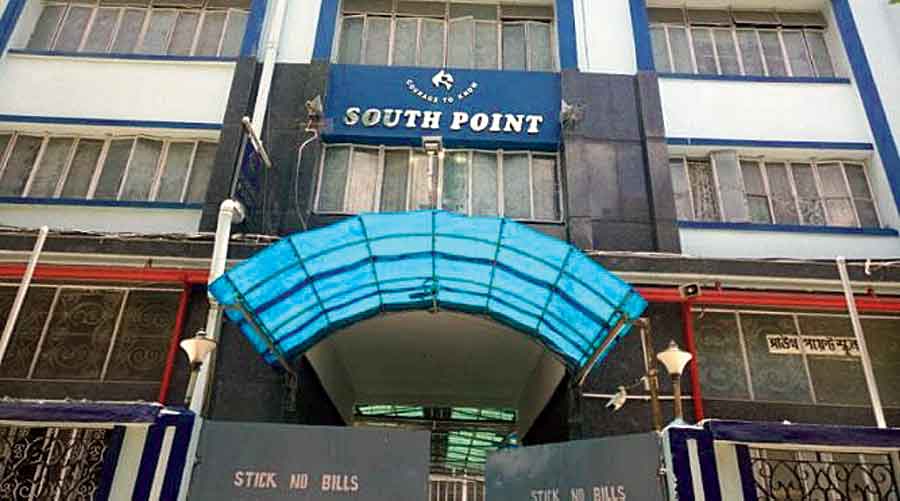 A section of school bus owners visited South Point school on Monday and handed over a letter to an employee requesting the management to urge guardians to pay at least 50 per cent of their monthly school bus fees so they could pull through during the pandemic.

The owners had on December 4 visited DPS Ruby Park with the same request.

There are around 4,000 operators of school buses in Calcutta and its adjoining areas. Most schools hire buses from these operators to ferry students to the institutions and back home.

South Point school has around 25 buses of its own and hired 20 buses from outside operators. Some guardians have arranged for transportation of their kids through agreements with bus operators.

Owners whose buses South Point has hired said the school paid them Rs 60,000 per bus every month for one round trip. After schools were shut down in March, South Point paid 50 per cent of the total contractual amount to the operators till June. Post-June, nothing has been paid, the owners said.

The non-payment has left the bus owners struggling to pay salaries to their staff and EMIs for the loans some of them had taken to buy buses.

“The contract carriage owners and operators submitted a letter to us with their appeal. The school has a contract with them for running some of our buses,” said Krishna Damani, trustee of South Point school. “We have decided that we will continue to pay them 50 per cent of the school bus fees. The decision has now been taken.”

There are around 250 schools in Calcutta and its adjoining areas and most have outsourced the operation of ferrying students to various bus operators. The hired buses bear the emblems of the respective schools.

Depending on the number of trips a bus has to undertake, schools pay owners or operators between Rs 60,000 and Rs 80,000 per month per bus.

The owners of school buses have been paying road tax of around Rs 4,000 every quarter, even though the owners of private buses and minibuses have stopped payment because of a waiver scheme announced by the state government.

School bus owners said that unlike private buses and minibuses, their vehicles do not operate throughout the day. There are stringent rules that have to be met to ope-rate as a school bus and the insurance fees of these buses vary between Rs 45,000 and Rs 55,000.

“We had written to the state government for waiving our road tax. We had even submitted our appeal to the chief minister’s office. Nothing happened. So we have decided to block the road near the chief minister’s residence next week to press our demand,” said Himadri Ganguly, of the West Bengal Contract Carriage Owners and Operators Association. “How long can we pull through in this state?”

All schools in the state were shut down in March as a precaution against the spread of Covid-19. The state government is yet to decide on reopening schools.

As paying their staff is increasingly becoming difficult, many school bus operators have started exploring alternative careers. Some are considering surrendering their school bus permits and applying for a commercial one.

In October, Calcutta High Court had ordered that all private schools in Bengal, including those run by the Church, would have to waive 20 per cent of their tuition fees between April 2020 and a month after the schools resume in-person classes.

The schools were barred from charging for facilities such as labs, sports and craft that students are not using during the pandemic.

In November, the Supreme Court in its order declined to interfere with the Calcutta High Court directions to the private schools in Bengal.

“There was no clear instruction in the high court order on transportation fees of school students, whether bus service was also a part of those facilities that schools have been barred from charging including labs, sports and craft,” Ganguly said.