A Helmeted guineafowl, two Eclectus parrots, a couple of Scarlet macaws and lovebirds were recovered 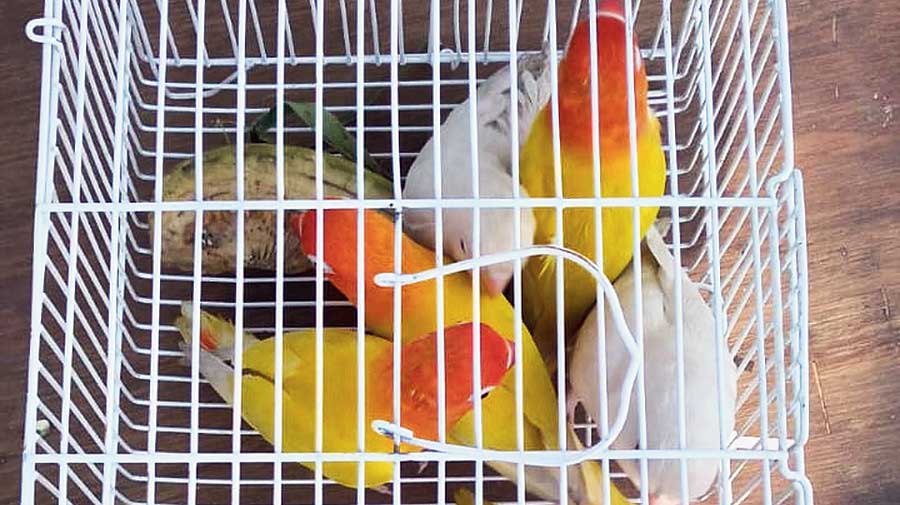 A menagerie of birds that include a Helmeted guineafowl, two Eclectus parrots, a couple of Scarlet macaws and lovebirds were rescued on Friday while they were allegedly being smuggled into the city from Bangladesh, an officer of the Border Security Force (BSF) said.

The BSF had received an information that several birds would be smuggled into the city from Bangladesh near the Vijaypur border outpost near Nadia, a BSF officer said.

When they were asked to stop, they dropped the bags and ran into the forest.

The BSF contacted the forest department, who identified the birds, and advised them to give the birds some fruits and water.

The birds will be handed over to Alipore zoo, the officer added.

The birds will be in quarantine for at least 14 days, an official of the zoo said.

‘The Helmeted guineafowl and Eclectus parrots are highly sought after as pets and the price can go to several lakhs,” Bapai Sen, the secretary of the All Bengal Bird Lovers’ Organisation.

Earlier this month, three Keel-Billed toucans that were handed over to the zoo were stolen.

Three off roster for toucan theft