Breed and eat fish at home, panchayat dept shows how 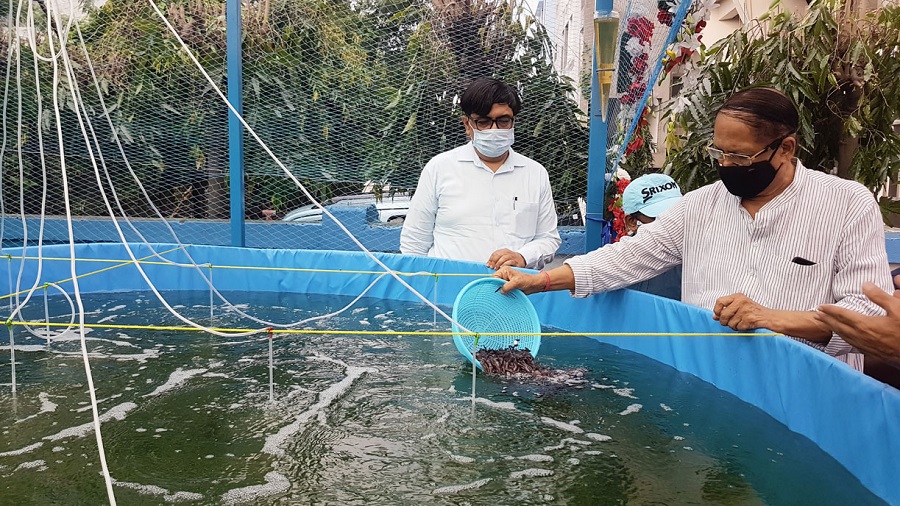 It doesn’t get any fresher than this. A new technology provides you the means to build an artificial pond in your house, garden or terrace where you could head to every morning and pick out any fish you want cooked for lunch.

A demonstrative version of biofloc technology was inaugurated at Mrittika Bhavan on September 28. The building in DD Block houses the state comprehensive area development corporation (CADC), under the panchayats and rural development department and inaugurating the facility was minister Subrata Mukherjee.

“This system can breed fish like Koi, Pabda, Singi, Magur and Golda Chingri that people love,” said Mukherjee. “It can come in handy at a time when prices of fish increase. While the system is fairly easy people rarely start something new by simply hearing about it. They want to see it in operation before adopting it and that’s why we have built this demo version. Anyone is free to come and learn about it from us and replicate it at home.” 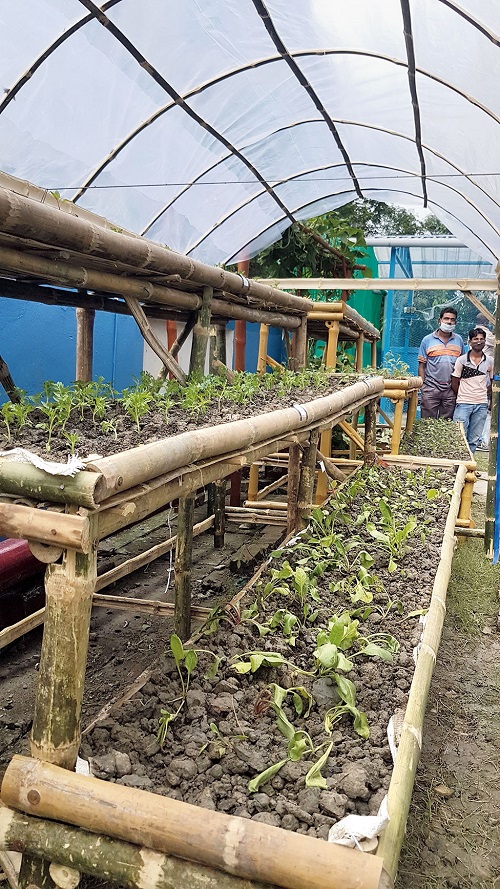 Unlike an open pond, the biofloc tank doesn’t need acres of land. The one at Mrittika Bhawan is a round-shaped open-top tank with an iron net body and polymer sheet wrapped around it. Its base is connected to an underground water pump that will replenish water that gets evaporated and there are slim aerator pipes sending oxygen into the water for the fish to breathe. Its capacity is 10,000l.

“Biofloc is a relatively new technology developed in and for cold European countries where the rivers stay frozen for much of the year.

There they use thousands of biofloc tanks to farm fish,” said Soumyajit Das, special secretary to the panchayats and rural development department and administrative secretary of the CADC. “The technology has also seen success in Bangladesh.”

The water in the tank at Mrittika Bhavan is nourished with probiotics, bacteria and jaggery that will convert the droppings of the fish into their food. So one doesn’t even have to spend on food for the fish thereafter. Only the probiotic-solution needs to be added afresh every two months. Other than that it’s zero-maintenance,” he said.

Those interested in replicating this system are welcome to go and learn at the centre. “Households can install a 1,000l tank at a cost of about Rs 10,000,” said Das.

“The lockdown has proven how little of the city’s fish and agricultural demand is produced within it. If people can grow their own fish it would help them be self-sufficient to some extent,” Das said.

The minister released fingerlings into the water and the department expects the first batch of fish to be ready for sale by Diwali. The fish will be available at Mrittika Bhavan as well in vehicles that tour the township selling fish, meat and agricultural products sourced from farms.

The minister also inaugurated a kitchen garden section on the day, produce of which will be added to their cart. “Plants like spinach, broccoli, cabbage, lettuce, capsicum are being planted on ‘hanging seed beds’ which are three-tier bamboo shelves installed around the parking lot of the building.

A drive-through kiosk for Covid-19 test in New Town 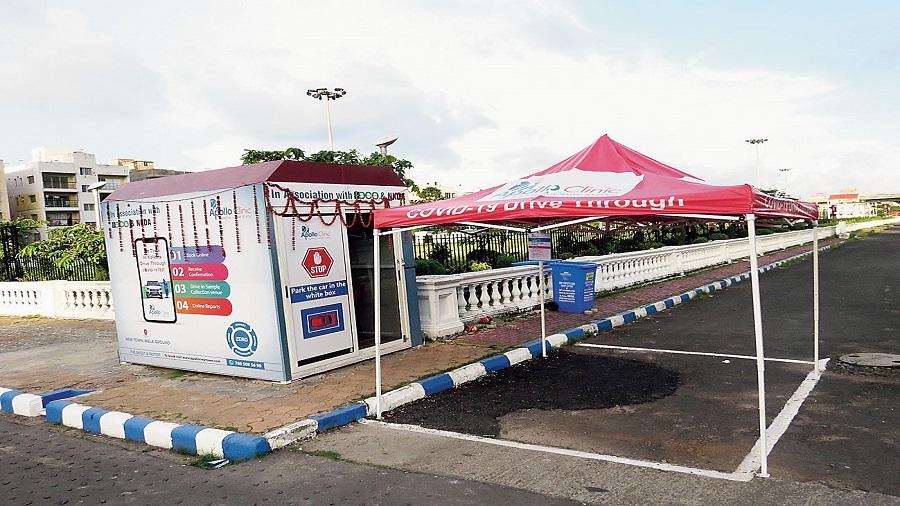 Covid testing got easier in New Town with the start of a drive-through kiosk on September 26. All one has to do is book a slot with The Apollo Clinic in DLF Galleria mall, take a car and park it in the designated area in front of the kiosk at the corner of New Town Mela Ground pavement. Personnel at the kiosk collect the nasal and throat swab through the rolled down window of the vehicle. “We discourage cash transaction unless one is absolutely incapable of online payment in advance. The report is typically mailed within 24 hours,” said a staff member at the kiosk. The facility is available daily, from 10am to 5pm, and charge for the RT-PCR test is Rs 2,250.

Tests are also being done at the fair ground in kiosks run by three private clinics in three time slots — 8-10am, 11-12noon and 3-4pm.