Pamela Goswami was involved in drug trafficking from quite some time, police say 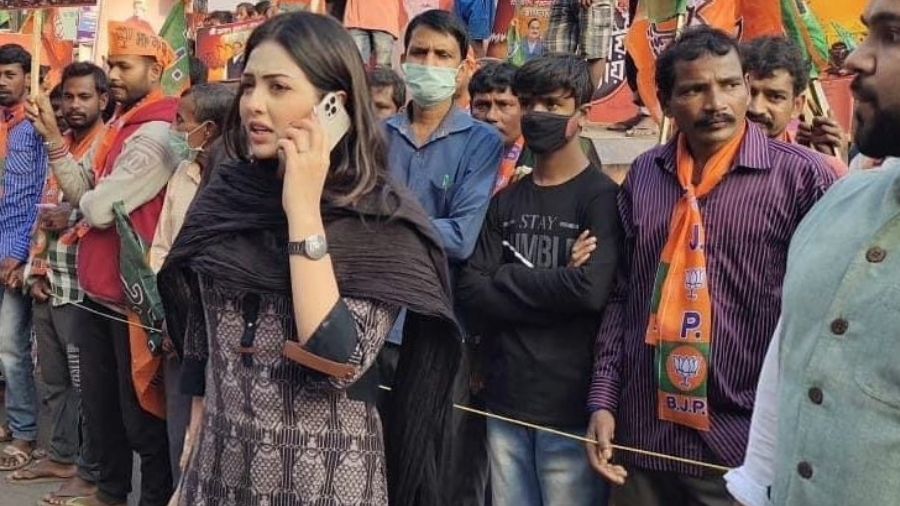 Goswami, the state secretary of Bharatiya Janata Yuva Morcha (BJYM), was along with a friend, identified as Prabir Kumar Dey, in her car when both of them were nabbed, they said.

Around 100 gm of cocaine was allegedly found in her handbag, and other parts of the car, police said.

Acting on a tip-off, sleuths of the New Alipore police station made the arrests when she was parking the car, an officer said.

"She was involved in drug trafficking for quite some time. Today, we got information that she along with her supplier Prabir was reaching the spot to hand over the drugs to the purchasers," the officer said.

A team of policemen in eight vehicles surrounded Goswami's car and made the arrests, he said.

"An investigation into the matter is underway. We are trying to find out whether she is involved in any drug racket," the officer said.

The BJP said that it suspects the police's role in the drugs recovery but if Goswami was wrong, the law should take its course.

"We had earlier seen that the state police had named several BJP activists in arms cases. I do not have much information about this incident that is why I will not be able to say more. Pamela is a young girl. If she has done anything wrong, the law will take its course," BJP MP Locket Chatterjee said.

State BJP spokesperson Samik Bhattacharya said, "I do not know whether this is planted. The model code of conduct is yet to come into effect and the police are still under the state government. So, anything can be possible. We need to see whether the packets were planted inside her vehicle and her bag. I am not sure."

State minister and senior Trinamul Congress leader Chandrima Bhattacharya slammed the BJP and said it was a shame that even women from the party were found involved in such illegal acts.

"Earlier, we saw the involvement of several BJP leaders in child trafficking, and now drug trafficking. Every time they cannot cry conspiracy. It's a shame that their (BJP's) women leaders are involved in such illegal activities," she said.