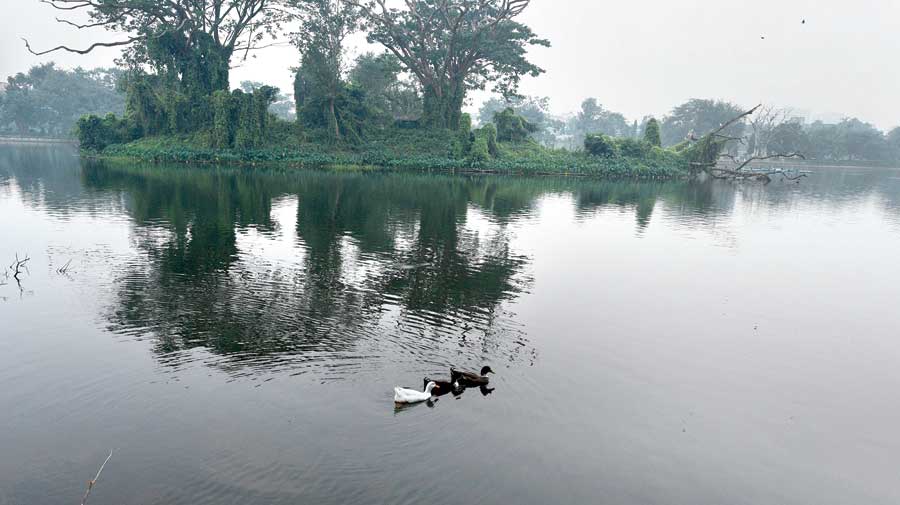 The outbreak of bird flu in Himachal Pradesh, which has led to the death of more than 2,500 migratory birds at Pong Dam, has promoted the Bengal forest department to start monitoring the health of migratory birds in the state.

A senior forest department official said they had issued a directive to all ranges as well as beat offices asking personnel to visit the places where migratory birds have arrived and check if any has died.

“Forest officers will visit the locations in their respective areas where migratory birds have arrived and check on their health. In case any is found dead, they have been asked to report to a nodal officer,” the officer said. 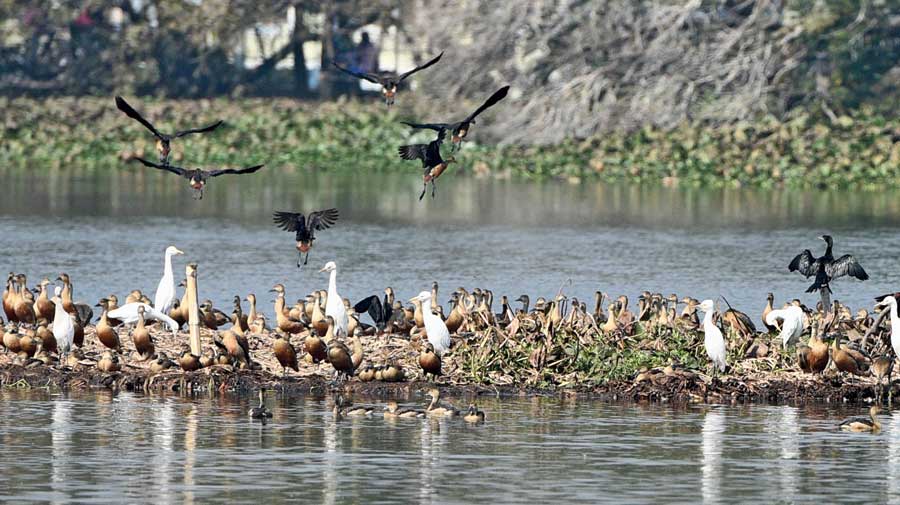 According to the officer, the foresters will form teams and visit at regular intervals the water bodies and grasslands where migratory birds are roosting. “We will be keeping an eye on the birds on a daily basis,” the officer said.

They will report bird death, if any, collect the viscera or carcass and send samples for analysis. The foresters will have to wear gloves and other protective gear to handle the carcasses.

The department will also coordinate with local birdwatchers’ groups as well as NGOs to track the birds, the officer said.

“If any dead bird is found, the forest department will send the carcass to the Bhopal-based National Institute of High Security Animal Diseases to find out whether it died of bird flu,” the officer said.

V.K. Yadav, the chief wildlife warden of Bengal, said they were being extra-vigilant and had alerted all teams stationed across the state to monitor the health of migratory birds very closely.

“We have put all our offices and officers on alert and we will regularly monitor the health of the migratory birds,” said Yadav.

Tapas Das, the field director of the Sundarbans Tiger Reserve, said they conducted a survey on Wednesday inside the mangroves, which are now home to thousands of migratory birds. “We went around various sandbanks near Sajnekhali and saw thousands of birds, including Red Crested Pochards, Eurasian Wigeons, Grey Herons and Lesser Whistling Teals. We did not spot any dead bird. The vigil will continue daily,” Das said.

During winter, many wetlands in the city as well as on the fringes attract a large number of migratory birds, mainly from central Asia and Trans-Siberian region.

According to foresters as well as birdwatchers, Rabindra Sarovar has attracted hundreds of birds. Many migratory birds are roosting at the East Calcutta Wetlands and at Mudiali Nature Park in Taratala.

The grasslands of Rajarhat and New Town are also home to several species of migratory birds. 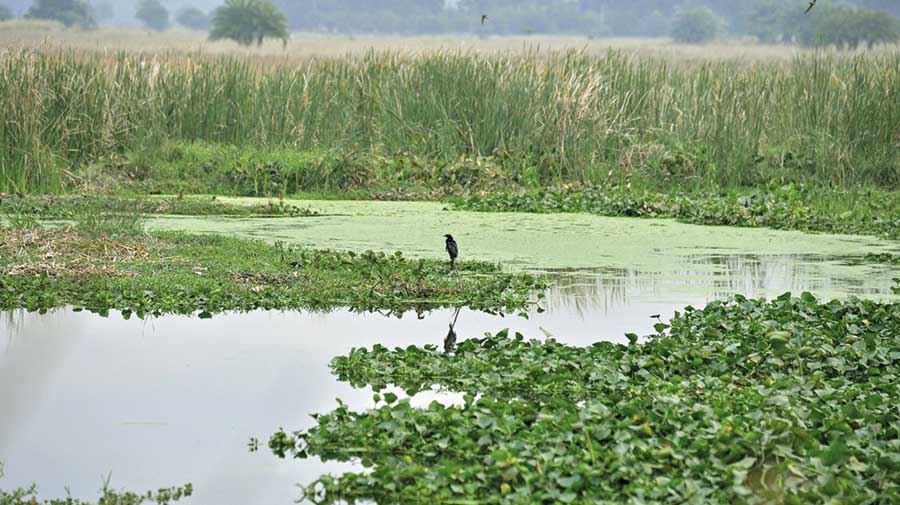 Santragachhi Jheel in Howrah is currently home to nearly 5,000 birds, including a “near threatened” trans-Himalayan migrant, birdwatchers who have visited the water body have said.

“About 10 Gadwalls and one Ferruginous Pochard are at the jheel nowadays. Both of them are trans-Himalayan migrants,” said birdwatcher Prosenjit Dawn.

The birds breed in central Asia, China and Mongolia and travel thousands of miles to reach the subcontinent to escape the harsh winter there.

The Ferruginous Pochard, also called Ferruginous Duck, is listed as “near threatened” by the International Union for the Conservation of Nature (IUCN). The website of IUCN said: “The species is currently listed as Near Threatened as it is suspected to be undergoing a moderately rapid overall decline.”

Migratory birds are also roosting in the Sunderbans. In North 24-Parganas, many birds are nesting on the mudflats of Bortir Bill in Nilgunj. Some of the birds that have been spotted there include the Glossy Ibis, Eurasian Coot, Pacific Golden Plover and Wood Sandpiper.